“Books,” Gaki-san introduces today’s opening topic. “Something that bears no relation whatsoever to Kamei Eri.” Indeed: Kame encourages her co-host to speak on this topic alone. Gaki-san has been hooked on the works of Yamada Yusuke — she was introduced to him by Sayu who has read all his books.

Gaki-san speaks highly of the iPhone’s book reading functionality. “You can get books on it the same way as apps or games,” she explains. She suggests that Kame try this out, considering how unlikely it is that she would ever have the energy to visit an actual bookstore. 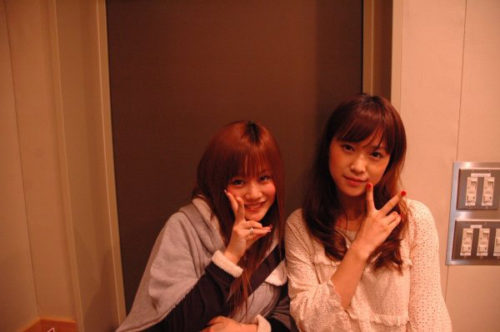 Fan mail #1: “I’ve never heard the cry of a penguin before. But surely Kame-chan knows what that sounds like, yes? There’s no way she wouldn’t know, yes? Please give us your impression of it!”

Fan mail #2: “What are you two hoping to receive from Santa Claus this year?”

Rather than answering the listener’s question, the hosts begin talking about Santa Claus in their respective homes.

Gaki-san says that back when she was little, Santa Claus really did visit her home. By this, she means the real Santa Claus. “While he stopped coming when I got older, Santa really does exist.” When Gaki-san was younger and they would have big Christmas family parties, at some point during the party someone would say, “Risa, isn’t about time for Santa to have brought your presents by now? Go and check.” So she and her little sister would go to the veranda to check, afraid they might run into him because they’d heard a rumor that if you do run into Santa somewhere, he stops coming. Much to their surprise, they would find their presents there at the veranda — Santa had somehow managed to come to their house and leave them there even though the whole family was in the midst of a party.

Meanwhile, Kame doesn’t really have such concrete memories of Santa. The one thing she remembers is one of her friends’ mothers saying that she’d seen the feet of Santa’s reindeer. She was so surprised to hear this, and it made her convinced that Santa is real. So with her newly-strengthened belief in Santa, she wrote him a letter asking for a Game Boy. Much to her delight, she actually did receive one — along with a Game Boy Camera! 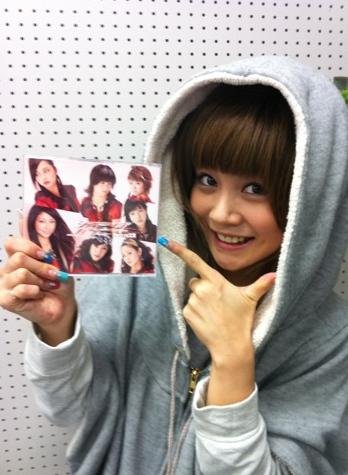 For today’s first battle, the hosts find out which one of them can read out loud the show’s email address (five-nk@interfm.jp) faster. After trying it once, the stopwatch says they both manage to do it in two seconds. They try again, this time saying it twice in a row. Gaki-san: four seconds, Kame: five seconds. Gaki-san wins.

In the second battle, there is an assistant in the studio who will throw cream puffs at the hosts and they must attempt to catch them with their mouths. They do a practice run, and the assistant immediately throws one into Kame’s eye. Kame is not happy. Next, Gaki-san gets hit on the forehead. The hosts begin complaining about their assistant’s cream puff throwing skills — he’s using too much force. After a couple of more tries, the first one to catch a cream puff is Gaki-san. It takes several more tries for Kame. When she finally does catch one, Kame happily comments that it tastes delicious. Nevertheless, it’s another point for Gaki-san.

In the third and final battle, the hosts see which one of them can stretch out a yukimi daifuku the most. Gaki-san gets to 13cm while Kame manages only 6cm.

The winner of this week’s showdown is Gaki-san.

Kame (while trying to sound like she’s half-doubting what she’s saying): We’re waiting for your messages…? Go ahead and ask us… anything? Such as “is it true that Kame can dig holes in the ground even faster than a mole?” Anything… goes? 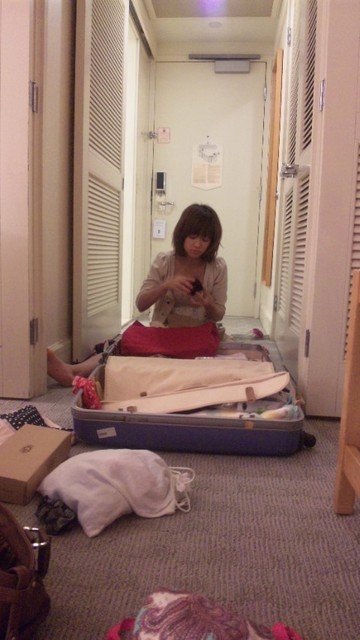