Fan Letter #2 – The next letter is from Shiroge. They know that it’s exam season, and sometimes there are interviews or oral portions to exams and first impressions are very important there. With this in mind, they want to know the members’ first impressions of each other or any interesting stories from when they first met. Mizuho immediately wants to know what Kisora thought of her.

Mizuho: So what was your first impression of me?
Kisora: For you? I don’t know. Um? Ummmm? I don’t know. Well, maybe, you were smiling a lot, I think.
Mizuho: Are you sure?
Kisora: Maybe it’s the opposite. Maybe you were really nervous.
Mizuho: I wonder.

It turns out that they didn’t actually speak much when they first met as trainees. Mizuho says that she was too scared to. Not because Kisora is scary, she’s obviously very cute and fluffy, but Mizuho felt that she was so far above her that she didn’t know how easy she would be to talk to. However, once they both became Tsubakis, they couldn’t stop talking. Kisora says she wouldn’t have believed it back then if you had told her they would soon be great friends. Mizuho thinks it’s weird, but it’s nice. More giggles all around. 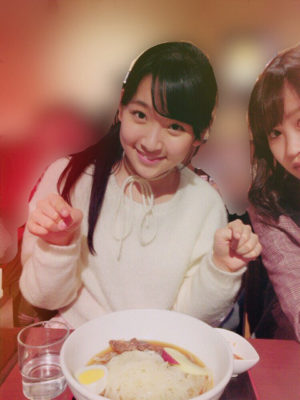 Fan Letter #3 – This letter, if Kisora can get through it without laughing, comes from In the Midst of 7 Kisoras. They have noticed the apparent friendship between Mizuho and Kisora and that they go out to eat together often. They would like to know what the two of them talk about during those meals. Mizuho struggles to specify anything, mostly because it’s not anything memorable, she says. Mostly they just talk about their day and things that happened that day. Kisora points out that even though they don’t talk about anything in particular, time passes very quickly when they’re together. They both mention 4 hours as being a general amount of time they’ll spend eating together. 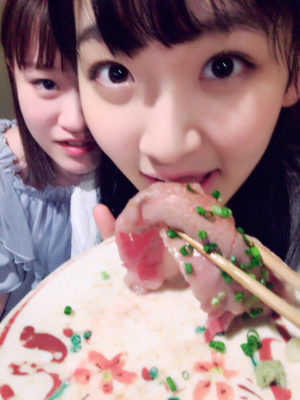 It’s almost like you’re eating with them, and it’s terrifying.

Mizuho then praises Kisora’s ability to find different places to eat, and she sees her as someone who knows lots of good restaurants. Kisora says that this is actually not the case; she barely ever knows anywhere to eat. However, she feels like it would be better to know ahead of time where to go and not go to the same place every time, so right before they meet she researches places in the area so they can go somewhere new every time. This just makes Mizuho happy, because Kisora does take the lead in deciding where to go and she always picks good places so Mizuho has had lots of good food since they started hanging out.

The show ends with I Need You~Yozora no Kanrensha~, because they figured we might want to hear all of the songs from the new single before it comes out or before, you know, we die of anticipation. Kisora reminds us to buy the single and to show up for all of Tsubaki’s planned concerts and events, including their joint concerts with Kobushi Factory. That should be a fun time.