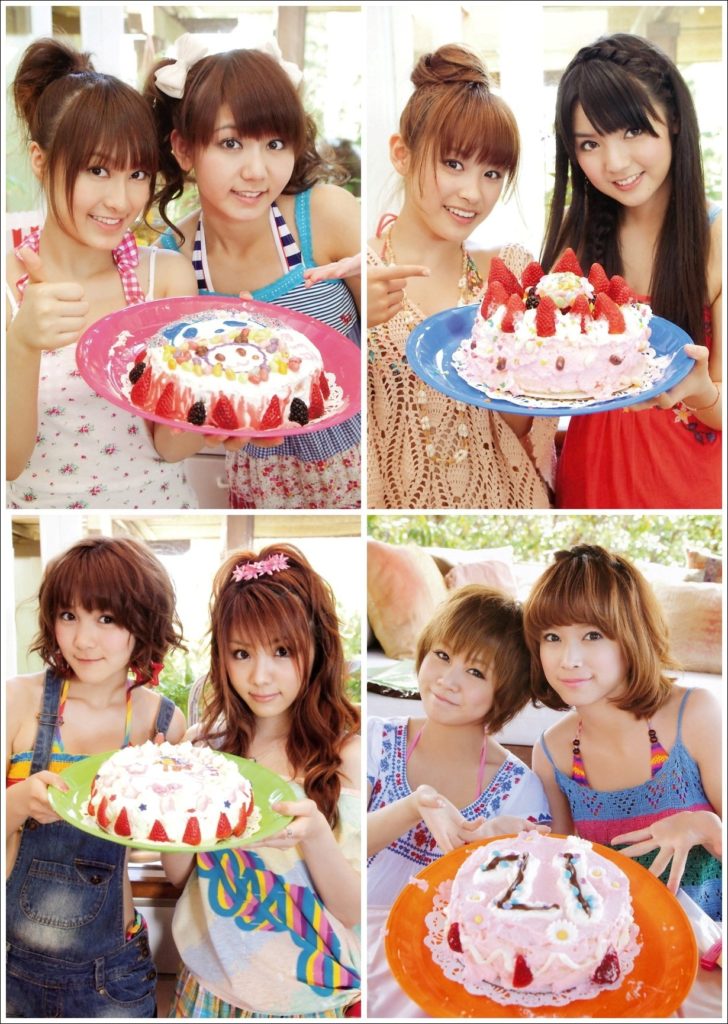 Fan mail #1: The first listener writes in to the show to report some good news: they recently managed to pass their exam to become a “driver”!

The hosts congratulate the listener and wonder what sort of an exam he actually passed (he didn’t specify), but they figure he probably meant train driver. The hosts discuss how passing such an exam must be extremely difficult, and they’re happy how so many of their listeners seem to be passing all sorts of exams. “I guess we’re like their guardian angels,” Gaki-san says.

Fan mail #2: This listener has heard a rumor that the catering at Morning Musume concerts is very, very satisfactory. They wish to know if this is true.

Gaki-san confirms that they do have a lot of variety. There’s salad, fish, meat, soup, natto, eggs…

But what the hosts remember most vividly is a brief period in time when they were performing at Nakano Sunplaza and an actual sushi chef would come over and make them sushi right there on the spot, all according to the members’ wishes. “It was a bit of a ‘bubbly’ era back then,” Gaki-san describes. It was also overwhelming: the hosts remember thinking “wow, celebrities really are something else!“

For the most part though, the hosts profess to eating pretty normally even with their great catering. Natto, raw eggs on rice, salmon, and hamburg steaks are popular. “Everyone tries to eat pretty healthy,” Gaki-san explains. The two also discuss how Morning Musume has curiously always had the one member who refuses to leave the catering area. Previous members like this have been Goto and Konno, whereas the current catering area occupant is Linlin.

In the first battle, one host has to snatch a handkerchief away from the other. Gaki-san tries first.

Gaki-san 1, Kame 0. Next, the hosts battle it out by seeing who can open a hard-to-open bag of snacks the fastest. Gaki-san wins again. After they get their bags open, the hosts have a taste and Kame promptly gives these snacks a rating of FIVE STARS.

While points-wise Kame has already lost, Gaki-san says they should do the third challenge anyway just because it’s fun. Kame agrees. As a special rule, Gaki-san says that if Kame wins she will receive two points instead of one. For the final battle, the hosts chew a special bubblegum and see who can blow the bigger bubble. Their manager is present to measure their bubbles with a ruler. Kame goes first and makes a 5cm bubble. Gaki-san then gets a 3cm bubble.

Thus, today’s showdown is a tie. 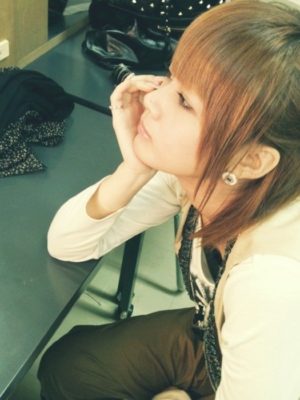 Gaki–Kame (while pretending to be cracking up with laughter): We’re waiting for your messages! Go ahead and ask us anything, such as “is it true that Kamei Eri’s dreams are actually all simulations?” Anything goes!