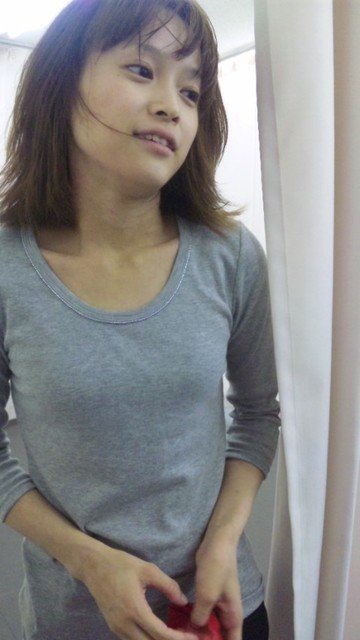 Fan mail #2: This message is from an 18-year-old high schooler who has a brother six years older than her. The older brother will be getting married in December and while the person her brother is marrying is a lovely girl all-around, the problem is that the listener has a very serious case of a brother complex. Thus, she doesn’t know how to feel and she is unable to be a 100% happy for her brother, feeling jealous of his girlfriend instead. “Am I weird?,” she asks.

Kame has an older brother as well, but apparently he’s never been kind to his siblings — he’s too shy to do so. As such, when he got his first girlfriend, Kame remembers feeling surprised noticing that her brother could actually act kindly towards women. Seeing this did in fact make Kame feel jealous, too, although not because she has a brother complex but rather because she simply didn’t like how he was only being kind to his girlfriend and not her. Kame suggests that this might be the case for most people out there rather than it having something to do with a brother complex. “You’re not weird,” Kame assures the listener. “You’re just you.“

The hosts then talk about how they can sort of understand the whole “brother complex” or “father complex” thing, finding it cute when girls experience those feelings. However, they aren’t as forgiving of guys who have a mother complex. (The hosts especially think they simply couldn’t forgive their manager if they found out that he has a mother complex.) While the hosts agree that there is naturally a difference between a guy who simply cares for his mother vs. a guy who has an actual mother complex, they say that they personally hope for guys to act manly.

Fan mail #3: The listener recently went to see Toy Store 3 with his wife, and while watching it he became so moved he started bawling his eyes out. His wife was not particularly impressed by him doing so. He asks the hosts what they think about guys who are unable to hold back their tears.

The hosts see nothing wrong with guys who cry, particularly in a case such as this: it’s not like the listener was crying because someone got angry at him or such but rather because he saw a very touching movie. Kame theorizes that in all likelihood even the listener’s wife actually thinks his husband is cute for crying like he did. 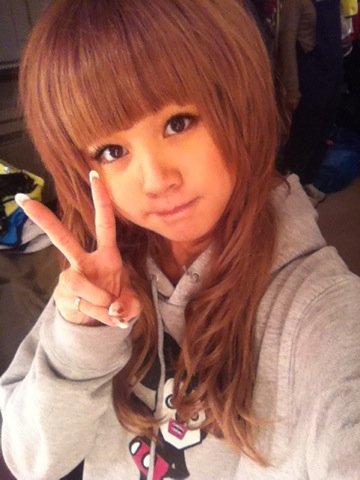 The first battle has our hosts trying to pass a thread through the eye of a needle. About three or four seconds later, Gaki-san has won. “I’m not going to become a good wife for anyone,” Kame laments.

The second, slightly more difficult-to-explain challenge has our hosts engaging in a battle where one of them says one thing, and the other must very quickly say something that this thing reminds them of, and so on and so forth. They begin:

The third, even more incomprehensible battle has the hosts’ manager come in to the studio and draw katakana characters in the air with his butt. The hosts have to correctly guess the word he is attempting to draw. The first word is “サーモン” (salmon) which, after lots of laughs, the hosts manage to guess at the same time. Kame gets the next one: “シャケ” (shake, the Japanese word for salmon).

Nevertheless, points-wise, the overall winner of this week’s showdown is Gaki-san.

Kame (while interjecting with random “fuuuuuu!”‘s): We’re waiting for your messages! Go ahead and ask us anything, such as “is it true that Kamei Eri has had a showdown with a penguin before?” Anything goes! 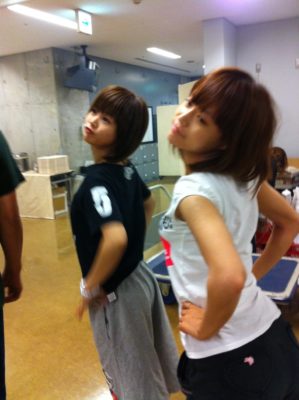