The word “COOL” reminds Gaki-san of a recent Disneyland date she had with her little sister. While they did have lots of fun, they were at one point hit by something almost resembling a typhoon. That rain and the wind made for a very “cool” experience, in one sense of the word.

Kame is curious to know how it was going to Disneyland with one’s littler sister. The hosts share something in common in that they both have little sisters who are four years younger than them, which makes them both third year high schoolers. But curiously, Kame only recently learned that her little sister is, indeed, in her third year of high school. “While we might live together, there are still lots of things we have yet to know about one another!,” Kame says.

Gaki-san: What about you? What’s your “COOL” episode?
Kame: Me.
Gaki-san: What?
Kame: I was just thinking about how cool I am.

Afterwards, while Gaki-san is reading out loud the show’s email address, Kame intentionally breathes nasally directly into her microphone and claims she was doing it as fan service for the show’s listeners. 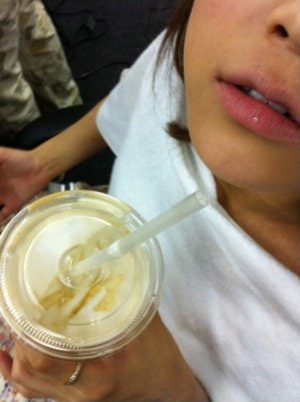 Fan mail #1: “The other day, me and my friends from school were talking about why people have that groove under their noses. After thinking it through, the conclusion we reached is that it must be there for reasons of fashion. What do you two think?” (The listener also offers a pro life tip: if you’re about to sneeze, pressing down on that groove under your nose is supposed to stop it.)

Kame’s thinking is that the groove under your nose must be there to direct the snot dripping from your nose somewhere. “It’s like… because you have two nostrils, that groove works to make it so that the snot coming down from both nostrils is combined into one stream.” But if that’s the case, Gaki-san wonders why it’s necessary for humans to have two nostrils in the first place. Kame agrees: “you only need one!“

But the one urban legend Kame has heard is this. According to the legend, all humans used to live in a world of angels. This happens before they are born. Unfortunately, all people must forget what happens in the world of angels — they can’t take this information with them when they are born. It’s a well-kept secret. Therefore, the groove under your nose is formed as a result of people warning each other not to talk about what happens in the world of angels… which they of course do by constantly pressing their index finger under their nose and going “shhh.” The hosts agree that not only is this theory extremely cute, it’s also very easy to believe. Gaki-san says she actually got goosebumps when she first heard it just because of how believable it sounds.

Whatever the case may be, the hosts are quite sure that the groove under your nose isn’t there just for the sake of fashion.

Fan mail #2: This message is from a girl who is currently in her second year of high school. She has a problem: she can’t eat vegetables. Carrot, cucumber, eggplant, green pepper, broccoli, green peas, cabbage — she doesn’t like any of it. But she knows that if you don’t eat your vegetables, it can result in bad skin and other ailments. She asks the hosts if they have any good ideas as to how she should go about eating her veggies.

Gaki-san’s little sister has the same problem. The fix for her has been to just try and hide the vegetables when you’re eating them: either chop them up, or just eat them with curry or something. Kame is also not a big fan of carrots, green peas, or green pepper. But once she learned about all the beneficial components in carrots especially, she became able to eat them.

Gaki-san thinks the listener will eventually come to like vegetables, even if it is later in life. But for now, she suggests that the listener try to not eat them just as-is but along with something else. 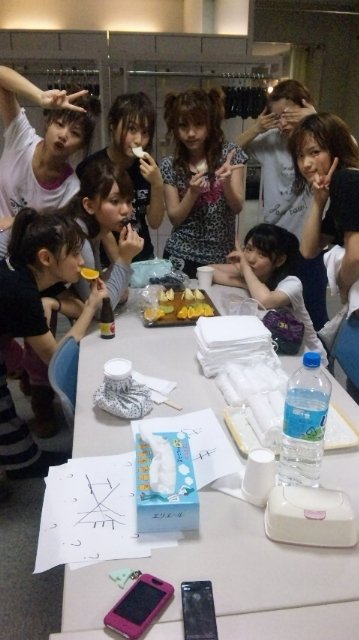 Kame Quiz: This morning, Kame did something that would normally make her mother angry. Although her mother wasn’t actually home at the time, Kame still feels like what she did was a major no-no. She gives a hint: it’s something she did just before leaving home. What was it?

Gaki-san guesses that Kame forgot to switch off either the lights or the TV before she left. This is incorrect. The answer? After she left home, Kame realized she’d forgotten something and she went back to pick it up. However, she was too lazy to take off her shoes and she ended up going indoors while still wearing them. She intends to come clean about this to her mother at some point.

Gaki-san Quiz: Gaki-san is in the habit of saving all her 500 yen coins. She’s amassed quite a number of them, and she now intends to use those savings to buy something. What might that something be?

Kame guesses correctly: a new mobile phone. She’s heard Gaki-san repeatedly talking about how she wants to buy a new one. Thus, the winner of this week’s showdown is Kame.

Gaki-san (while doing a Mickey Mouse imitation): We’re waiting for your messages! Go ahead and ask us anything, such as “is it true that Kame actually sparkles more than a Swarowski crystal?” Anything goes! 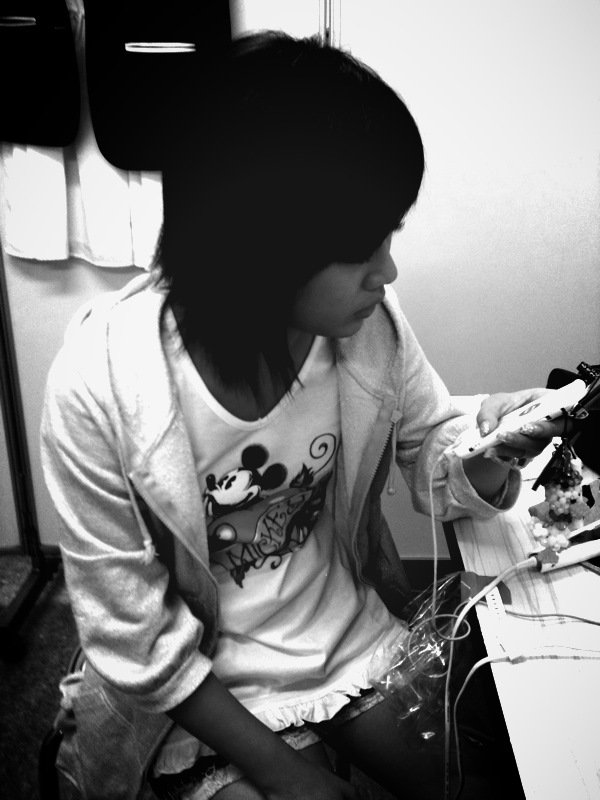