For Gaki-san, the first thing that the word “music” brings to mind is the recently-ended Hello! Project concert tour. “They’re all so young…,” Kame thinks of the other groups. Gaki-san says she’s most hooked on S/mileage at the moment: she finds songs like “Ganbaranakutemo ee nende!!” irresistibly cute. “When I see them performing that song, I just think to myself… ‘those are some true idols.'”

As for other music, Kame is currently hooked on the High School Musical soundtrack. Meanwhile, Gaki-san’s little sister has recently introduced her to the Japanese group Aqua Timez. Gaki-san talks about how they themselves have often listened to music and felt emotions like heartache or courage, but now they have fans who tell them about how they’ve felt those things when listening to the songs of Morning Musume. “Music really is something great,” the hosts agree. 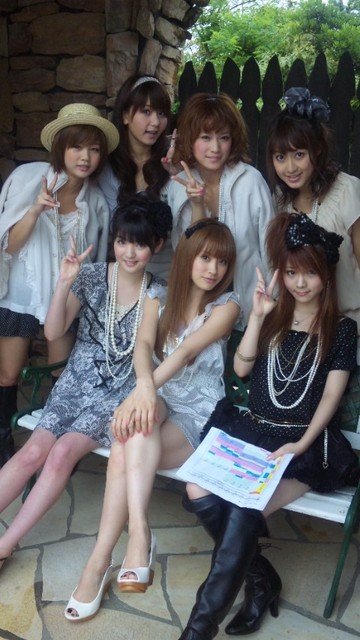 Fan mail #1: This listener writes in to the show to report that… they found themselves a boyfriend! What’s more is, her boyfriend confessed to her on the day of a Seishun Collection event last month as they were admiring the Yokohama scenery together. The two originally met this past spring at a Morning Musume concert — he just randomly initiated a conversation with her because their seats were next to one another. “It’s great to have a shared hobby,” the listener writes.

Gaki-san: She continues: “by the way, my boyfriend is a fan of Kame.”
Kame: Oh. So this is basically a case of cheating.
Gaki-san: (laughs)
Kame: I mean, that’s pretty much what it is. Right?
Gaki-san: No, I don’t think so. You can only cheat on someone if you’re actually dating.
Kame: Oh. Okay.

Gaki-san thinks it’s amazing that some boy who came to their concert because he’s a fan of Kame would end up chatting to a girl sitting next to him and end up dating her. “We’re like Cupids!,” Kame boasts. The hosts are eager to see these two with their own eyes, so they ask the listener to introduce themselves at the next handshake event or such.

Fan mail #2: The next listener has a question. While fans know what the members with blogs get up to when they’re on break, they have no idea what someone like Kame does on hers. The listener is very curious about this.

“That’s right,” Gaki-san says. “This Kame right here doesn’t have a blog, she doesn’t write on the Pocket Morning blog, nor does she even write on the FIVE STARS blog.” Complaining aside, Gaki-san says her co-host is actually much like everyone else. In Kame’s own words: “I talk, I eat, I tease others, I make fun of others…” Gaki-san has noticed how Kame makes fun of others a lot — even suit-wearing older men at their offices.

“Anyway, it looks like everyone wants you to have your own blog,” Gaki-san says. “So how about it? Want to start one today?” Kame thinks about it for a moment and says she’d rather just barge in on everyone else’s blogs. 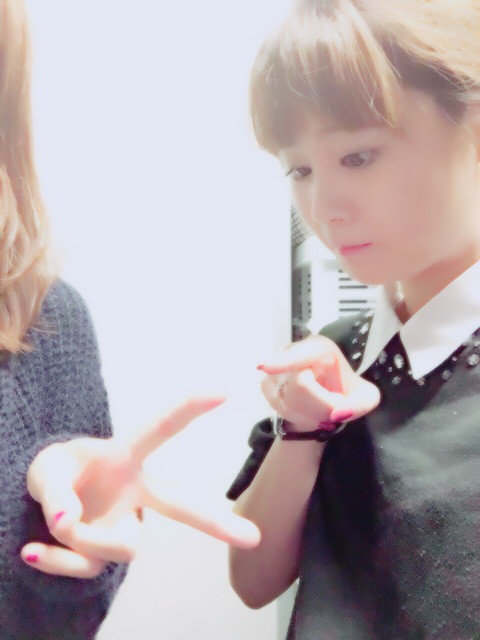 This week, the hosts will once again take on different challenges as suggested by listeners.

Next, the hosts do a shiritori showdown — except unlike the standard version of the game, they must use the last two kana of the previous word to form the new one. Gaki-san will begin.

Kame loses: not only is there serious doubt as to whether “ubisanji” is even a real word or not, but as per the rules of shiritori, ん is not allowed as the kana used to start the next word. The hosts decide to do a third showdown (tongue twisters) just for fun — which they both fail miserably. In any case, the winner of this week’s showdown is Gaki-san.

Kame (while trying to sound condescending): Yeah, so like, we’re waiting for your messages on this show and stuff. Go ahead and ask us anything — I mean, really, we don’t care what it is. Make it whatever. But like, for example: “is it true that Kame feels like she’s constantly in a summer vacation mood?” Whatever you want is fine. Send in your requests. Yeah? Okay.