Kame had an announcement to make at yesterday’s Hello! Project concert performance: she, along with Junjun and Linlin, will be graduating from Morning Musume at the end of their upcoming autumn tour. Kame takes this opportunity to talk about her feelings in regards to this announcement.

Kame starts to audibly hold back the tears almost before she even gets started. She says that she wishes to improve her health: being as busy as she is has made her health — namely the condition of her skin — worsen over time. While she has endured her illness for these past eight years, she now feels that it’s come time to give her skin a rest. She reached her decision with such forward-looking thoughts about her future and so while she does feel lonely, it’s something she decided on her own. She wants to believe in herself and have fun while working hard until the very end.

Kame: I want to treasure every single remaining episode of this show.
Gaki-san: Yes!
Kame: (starts wailing loudly, if somewhat playfully)
Gaki-san: (laughs while crying) Don’t cry! You fool! What is it?!
Kame: Even turtles sometimes cry. 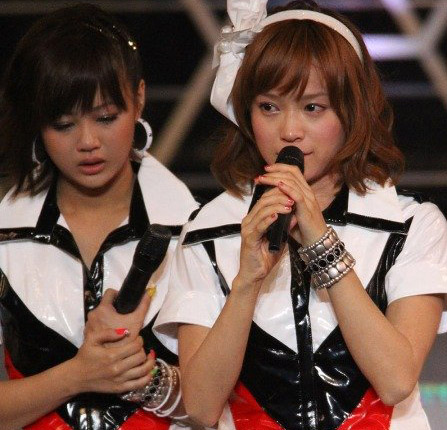 Kame quickly regains her composure and says she’s sure there will be lots of fun things awaiting her, and what’s more is that if by graduating she can become a lovely, beautiful woman, there would be no greater happiness for her than that. She asks everyone for their continued support until the very end.

Gaki-san recognizes that Kame arrived at her decision with a positive attitude so she, too, hopes for everyone’s continued support. She’s also sure that Kame will continue to be her airheaded self until the very end, so she wishes to keep doing their show together while having fun as always. In fact, Gaki-san gives Kame special permission to not have to hold back her silliness at all, just for tonight’s episode. “I’ll give you a free pass today,” Gaki-san says. “But next week it’s back to normal!“ 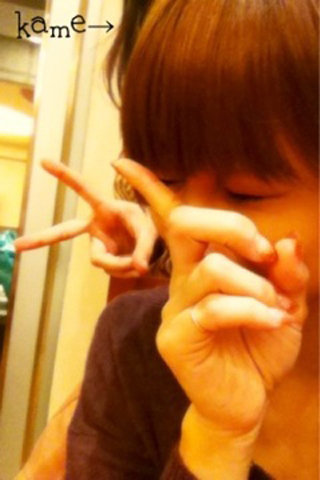 Fan mail: This message is from a 20-year-old university student who writes that next month they will be taking part in a full-blown musical at their university. They’re not doing too good with their singing and dancing, so the listener writes to ask how the two professionals hosting the show would overcome a situation like this.

Kame points out that no matter how long they keep doing what they do, they always get anxious when it’s time to get on stage. Gaki-san agrees, and suspects that it’s probably not so much that the teacher of this listener is scolding them or so, but that the listener herself is being hard on herself. “And that’s a difficult type of thing to overcome,” Gaki-san says. Ultimately, though, Kame is sure the listener will be fine if she just does her best. “And if you see people around you who are way better than you, just tell yourself that you’ll simply have to do your best as your not-as-good self!,” Kame suggests.

The second showdown is one where the hosts see which one of them can keep going “aaaaaaaaaaaaaa” for the longest.

The third showdown is an Umaibou showdown. The hosts must do a blind taste test to try and see if they can guess which flavor of Umaibou they’re eating. They have several flavors available at the studio.

Thus, this week’s overall result is a tie!

The hosts both feel nostalgic listening to “Ai Araba IT’S ALL RIGHT.”

Kame: We were so pure back then.
Gaki-san: So innocent.
Kame: Right.
Gaki-san: What happened to that innocent Kame?!
Kame: I know! It really is all just shabondama (soap bubbles)!
Gaki-san: (laughs) 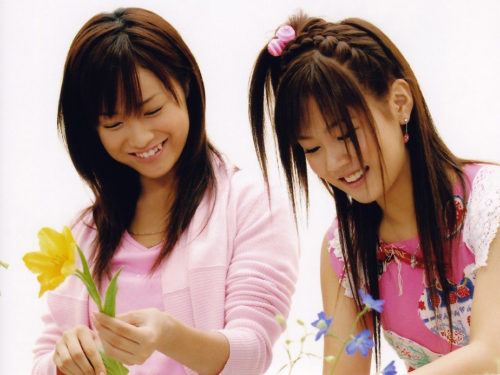 Morning Musume will begin their autumn concert tour entitled “Rival Survival” next month. Gaki-san asks Kame what sort of a concert tour she’d like to make it, and Kame promptly says she wants to make it a legendary one. “The strongest women… all eight of them together… a legendary concert tour,” Kame jokes.

And while today’s showdown corner ended in a tie, Gaki-san is happy to let Kame do the punishment game all by herself:

Kame (while speaking with an extremely puckered-up mouth): We’re waiting for your messages! Go ahead and ask us anything, such as “if you were to compare Kame to a vegetable, what would she be?” Anything goes!

Kame: I’m going to do my best until the very end everyone, so please continue to support me! 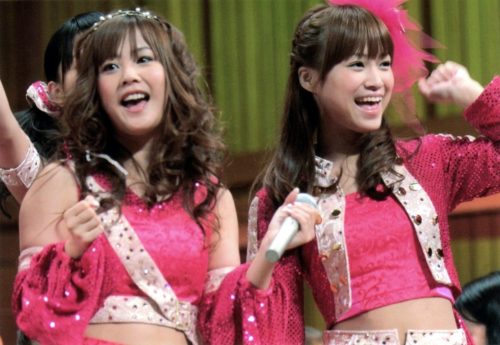