Fan mail #1: “Is there anything you two want to get your hands on right now?”

Kame is quick to suggest: “…money?!” Gaki-san says that money is actually the first thing she thought of as well. She explains that this is not really because she loves money, but because the group previously had a shoot where they were holding a bunch of money, and they had to let go so it could be blown upwards towards the ceiling. At the time, she thought it might be nice to be able to have that sort of money in real life.

Gaki-san had a quick change of heart, though, when at the end of the shoot someone from the staff loudly yelled out “be sure to find every last yen!!!” It seems they were having a bit of trouble recovering all of the money. Luckily, our hosts themselves weren’t suspected of stealing — in fact, the only person the staff thought might’ve taken some was none other than Tanaka Reina. 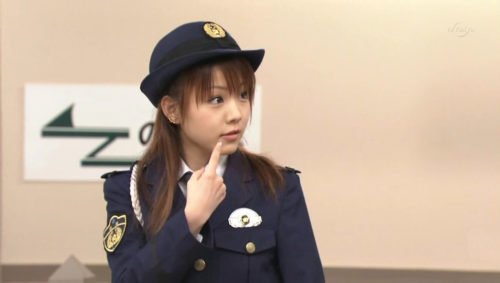 Fan mail #2: This listener sent in a message simply to say that they managed to get a perfect score on their math test.

The hosts applaud the listener. “That’s incredible!,” they agree. However…

Fan mail #3: This listener also got back their midterm results, and one of their test scores was a whopping four points. “Gaki-san, Kame-chan: is it okay if I cry?“

“That’s incredible!,” Kame exclaims. Gaki-san asks her to clarify, but Kame simply says that four points is completely OK. Gaki-san is not sure if her co-host is doing a service to the listener by telling them that.

Fan mail #4: The next listener simply wishes to recommend an item to the hosts: the Coffee Jelly flavor of popular popsicle brand, Garigari-kun.

The hosts are surprised: they’ve never seen or heard of this flavor before. Soda, milk, chocolate… they’ve seen many of the other versions, but not this one. “Could it be that the listener simply made up this flavor?,” Kame asks. Gaki-san does not agree with blaming their listeners for such wrongdoings. 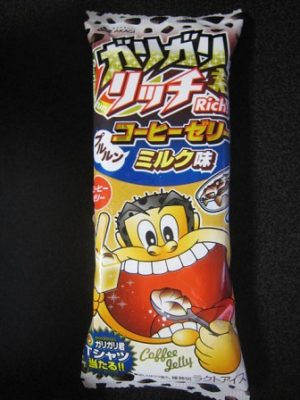 Fan mail #5: This message is from pen name “Fault Yamamoto.” He is a 1st grade high schooler who aims to become a comedian. Every Saturday and Sunday, he and his friend practice their comedy act at a nearby park. When they first started no one would stop to see them, but now they’ll have anywhere from two to eight people watching. This makes him so happy, it makes his tsukkomi that much snappier. The problem is his boke partner: he often gets nervous and messes up important lines — he’ll sometimes mess up as many as four or five lines during a single act. This very much frustrates their friend. Thus, the listener asks: how should he go about consoling their friend about this?

The hosts both like this question, saying how the listener and his partner must be true friends.

Gaki-san: But really, just four or five botched lines? That’s nothing! You should see our leader, Takahashi Ai-chan! She’s messing up her lines all year round!

But just as it is with Ai-chan, the hosts think this might be what gives the listener’s partner his flavor. “He could be known as the boke who botches his lines!,” Gaki-san thinks. More importantly, though, the hosts praise the listener for being such a good friend as to not immediately think of blaming his partner, but rather how to best console him. “Meanwhile, you have people like Kame who will immediately get on my case the second I flub even the tiniest of lines,” Gaki-san complains.

The hosts look forward to seeing the listener and his partner on TV. “I hope they say a couple of nice things about us,” Kame thinks.

Gaki-san: We’re waiting for your messages! Go ahead and ask us anything, such as “while the sweat of hippos is red, is it true that Kame’s sweat is actually rainbow-colored?” Anything goes!