Fan mail #1: “Ai-chan has mostly a Western bodily constitution. How about you two?”

Gaki-san doesn’t understand what the listener means by a “Western” constitution, until Kame realizes: it could be in relation to Ai-chan’s great English pronunciation. Meanwhile, Kame thinks Gaki-san has a “Yokohama constitution” — just because she’s so stylish. As for herself, Kame thinks she has an “Edokko constitution.”

Fan mail #2: This message is from a 17-year-old high school girl who simply wishes to say that she loves Morning Musume and she hopes they will come to perform live in Hokkaido.

The hosts are happy to receive messages like this. They’re also quite sure that they haven’t performed as Morning Musume in Hokkaido for several years now, but they hope to be able to do so soon.

Fan mail #3: The listener wishes to know what the hosts’ favorite or most used mobile phone emoji are.

As of late, Kame has been a fan of the black, running stick figure emoji, as well as the penguin emoji. Meanwhile, Junjun uses loads and loads of heart emoji in her emails. Gaki-san on the other hand likes the yellow, “sleepy eyes” emoji.

Fan mail #4: This message is from yet another 17-year-old girl. Later this summer, the listener plans on going by themselves to their American friend’s house for a homestay. They are feeling a bit worried about it all, so they ask the hosts for advice on how to survive airplanes and what to bring overseas.

The hosts obviously have lots of flying experience. Their flight to Anime Expo, for example, took them around 12 hours. On that flight, Kame says she basically just did nothing and thought about how she couldn’t sleep — although she eventually did. She isn’t, however, the type of person to get in high spirits and watch movies or the like when she flies. Meanwhile, Gaki-san simply watched Michael Jackson’s “This Is It” over and over and over again — this was when her MJ addiction was at its peak. It was actually Yossie who told her that they would have the film available on the flight, and she told Gaki-san she absolutely had to see it.

As for things one should bring to a flight, Gaki-san and Kame both recommend your own personal pillow. Kame says that rather than worrying about all the little things you might or might not need, it’s best just to concentrate on trying to enjoy being in that country as much as possible. “I think it’s such a lucky thing to be able to go overseas,” she thinks. 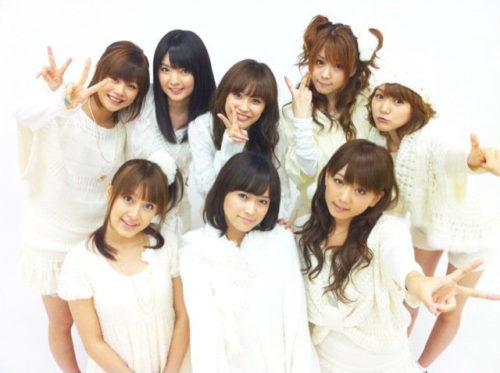 Fan mail #5: This listener has a big sister who is five years older than them. While they are on good terms now, they used to be constantly fighting when they were younger. The listener says they feel slightly envious of Gaki-san and Kame for having little sisters, and so they ask if they in return have ever thought about how it might be nice to have a big sister.

Kame replies immediately: “no.” She loves the position she’s in, being the middle child between a younger sister and an older brother. Gaki-san, though, has in the past thought about how she’d like to have a big sister, especially when she was in elementary school. She thinks there are certain things you could only ask your big sister about; things that you wouldn’t want to ask your mom. On an off-topic note, Gaki-san also notes how both her as well as Kame’s little sister are both unbelievably kind in nature. “Like, to the extent where it makes me think… how can they be so kind?!” The hosts agree that they’ve both been blessed with great little sisters.

Gaki-san: We’re waiting for your messages! Go ahead and ask us anything, such as “what happens when Kame skips around?” Anything goes!