This episode marks the grand renewal of Gaki-Kame’s radio show!

Our hosts kick off the show by talking about stars. Gaki-san explains that this could mean stars as in “personal” stars… or just actual stars, if that’s what they want to do — anything goes!

In the Niigaki household, whenever they’re aware of a meteor swarm or something of the sort being visible in the night sky, they always make it a point of driving out to the beach or such and admiring the stars together. The way it often works out though is that even after they drive out there, it will take quite a while for anything special to actually happen in the sky. So in the meanwhile, the Niigaki family will admire the stars as usual, not even playing any background music, just enjoying the view together.

Kame remembers a day several years ago when she woke up in the middle of the night and witnessed not just a mere shooting star, but something more resembling an actual meteorite.

Gaki-san has a hard time believing her co-host’s story.

Fan mail #1: This listener wrote in just to say that they scored a home run during their baseball match earlier today!

Kame praises the listener as being “a genius.”

Fan mail #2: “If you were to be reincarnated as either a man or a woman, which would you choose?”

Kame says she would choose to be reborn as a girl, without a shadow of a doubt — she simply feels that girls have it so much better than guys. Kame has, however, overheard girls talking about how it’s the opposite; how it’s actually the guys who have it better! (Gaki-san: “Really?!“) Namely, she’s heard girls talking about how men are lucky in how they can just spread their legs whereas for women it’d make for an “unpleasant” image for them to do so. But Kame suggests that it’s actually just as weird for men to have their legs closed tightly as if they were girls. “If a guy did that, other guys would mock him like ‘why are you acting all girl-like?!,'” Gaki-san laughs. Kame agrees: “they’d call him pigeon-toed or something.“

However, in one sense Kame does think that men have it easier than women: guys can just go out completely topless. If it was a girl doing so? “They’d just call her a pervert!,” she laughs. “Yeah, a girl doing that would be, like… reverse sexual harassment!,” Gaki-san chuckles. 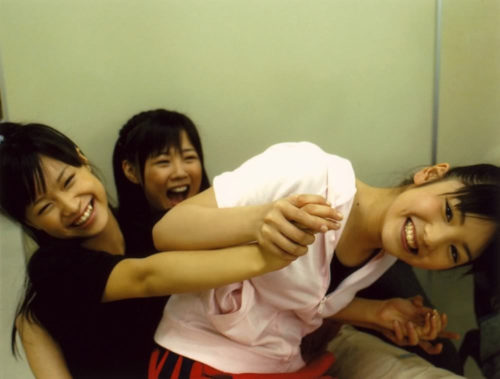 Fan mail #3: This listener writes in to report that each week they listen to the show in front of the radio while sitting properly. But, if they get permission from our hosts, they will immediately stop doing so and switch to a more comfortable sitting style.

Kame: Please remain seated as you are.

Starting from this week, FIVE PLEASURES is replacing MY FIVE STARS as the show’s weekly corner.

This corner has a different theme depending on the host. For Gaki-kame, it’s been decided that the theme is “showdown.” Gaki-san explains that this is because the two can’t just be best buddies all the time; they have to remind themselves that they’re rivals as well — in order for them both to grow.

For the loser of the showdown, there is of course a batsu game waiting each week: the loser must do the ending segment of the episode in a character that changes weekly.

This week, the hosts will have a showdown based on quizzes about themselves: one describes a certain episode that happened in their life and the other must try to guess how said episode ended. “It’s a showdown to sharpen our sense of imagination,” Gaki-san explains.

Gaki-san Quiz: The first episode as told by Gaki-san is titled “Linlinman.” Just the other day, Gaki-san went to Disneyland with Linlin. It’d been a while since Linlin last got to go, so she was very excited once they got there. But as Disneyland is a hugely popular theme park, some attractions can have lines that are very very long. Thus, Gaki-san’s question is: as they were lining up in one of those overly long lines together, what did Linlin say to Gaki-san?

Needless to say, these guesses are all wrong.

The correct answer? Linlin yelled: “… JUST HOW LONG DO WE HAVE TO KEEP WAITING?!“ 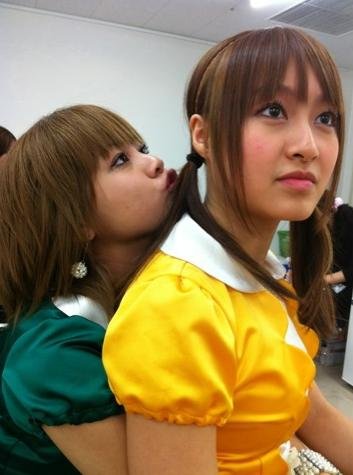 So one night, Kame said that she absolutely must wake up early the following morning and she requested that her mother wake her up especially eagerly this time around. “Do whatever you have to do to get me to wake up!” Her mother agreed, and Kame was relieved to know that she would certainly be woken up on time the next morning. So Kame’s question is: when morning came and her mom walked into her room, what did she say to wake her daughter up?

Gaki-san’s first guess is that Kame’s mom walked in all hyper and went “ERIIIIIIIII! WAKE UUUUUUUUUP!” Kame says this is already very close. “What,” Gaki-san asks. “Did she use a megaphone or something?” While Kame’s mother did not, in fact, use a megaphone inside her daughter’s bedroom, Kame gives her co-host a point for the correct answer on this one, even if it is a bit off.

Kame’s mother was indeed very hyper, but not in a way Kame had hoped. She simply walked into her daughter’s room, banging the door open, shouting “ERI! IT’S 9AM!” before slamming the door shut again. Needless to say, Kame promptly fell back asleep. When Kame had asked her mother to wake her up “no matter what,” she had meant it in that she keep pestering her daughter to wake up over and over and over again; not just do it once with heightened energy levels.

Thus, the winner this week is Gaki-san. 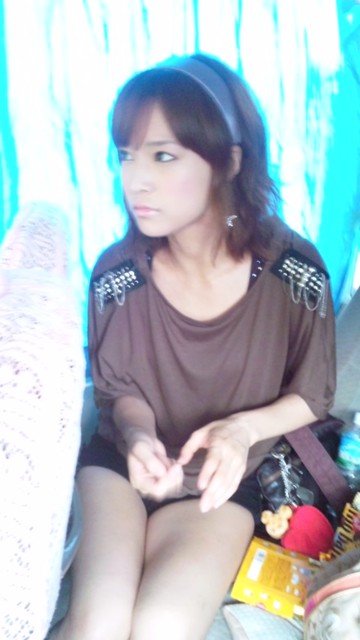 Kame (in Kansai dialect): We’re waiting for your messages! Go ahead and ask us anything, such as “what kinds of consumer electronics is Kame hooked on as of late?” Anything goes!