Fan mail #1: “Eririiiiiiin!!! It is now springtime. Please do an impression of a nightingale.“

Fan mail #2: Morning Musume held a fanclub tour in Hawaii last month, and the listener wishes to know all about it!

“Hawaii sure was fun,” the hosts agree. Gaki-san explains: “the atmosphere in Hawaii… it’s like, the fans all go back to being young boys and girls.” Something Kame found memorable about the tour was how (physically) close the members were to the fans — at times during the quiz event, there wasn’t even a full meter between them! But, at the end of the day, the no. 1 most memorable thing for the hosts was the live show. “There’s something about that feeling of performing outdoors,” Gaki-san explains. “You get to watch the sunset as you perform!“

Fan mail #3: Some time ago, Ai-chan mentioned on her radio show that the face Linlin makes when she’s asleep is very funny. The listener asks: “which members do you two think have the funniest sleeping faces?“

The hosts agree that Linlin does have a funny sleeping face, but not for the same reason as some of the other members: Linlin always has perfect posture when she’s asleep, and unlike other members, she never has her mouth agape even when she’s sleeping. The hosts both have immense respect for Linlin for this. Gaki-san says, though, that despite Kame’s questionable character, she herself is actually quite a “clean” sleeper — her mouth and eyes both stay shut when she’s asleep. Kame giggles shyly at these unexpected words of praise.

But when you’re speaking of members with terrible sleeping faces (open mouths and eyes and all), the hosts agree that the two members who take the cake are definitely Sayumin and Junjun. There are times when they’ll attempt initiating a conversation with Junjun, only to find that she’s fast asleep — with her eyes wide open.

But, regarding this topic, Kame has a word of complaint towards Gaki-san. She thinks Gaki-san has a bad habit of always building an unnecessarily fortified “base” for herself on their tour bus. What Gaki-san will often do is, she’ll take over the rearmost bench row with Ai-chan, split it in half, and they’ll barricade themselves in with pink pillows. Kame is always caught off-guard by how quick Gaki-san is at finishing building this “base” of hers on the bus. 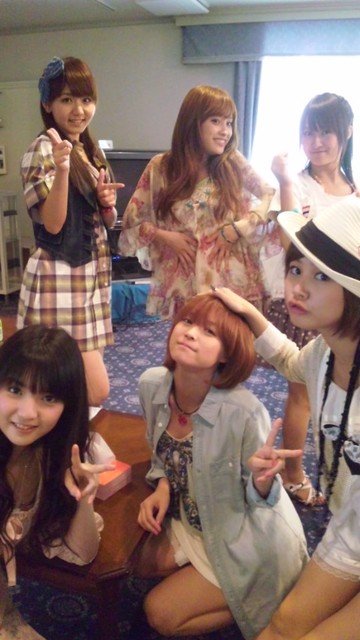 Fan mail #4: “Gaki-san, Kame-chan, good evening! I’m a 22-year-old female who loves Gaki-Kame! I attended your Spring tour! Gaki-san’s smile really cheered me up, and Kame-chan with her new haircut was so, so cute! It was such a fun concert, I really feel like doing my best at work again starting tomorrow. I hope that you two also keep doing your best while remembering to take care of yourselves!“

The hosts are both thankful for the message. It does make the members happy when other girls near their age confess to being their fans — there’s something special about being told you’re “cute” or “cool” by members of the same sex.

Fan mail #5: “Gaki-han, Kame-han, something amazing has happened! Somehow, I… I… I… I managed to eat some green peppers! With that: bye bye.“

That’s the recipient of Gaki-san’s five stars this week. While Gaki-san recognizes that it may not be terribly good for you, she can’t help but love chewing on ice. Kame has noticed that Gaki-san will always have her drink with ice, no matter the season. One of the highlights of Gaki-san’s day is when the manager brings over some ice to her after their concerts. It’s come to the point where Ai-chan — who is never far from Gaki-san when they’re changing after concerts — will notice Gaki-san’s ice and shriek in horror: “you’re sick!” To Gaki-san, it’s comparable to when other people come home, slouch down on the sofa and munch on some potato chips — Gaki-san does the same, only replacing the chips with ice.

When they were in Hawaii before, their stylist was trying to decide what to order at Starbucks, thinking she’d get a cup of coffee without ice. Gaki-san, on the other hand, wanted to get a coffee with extra ice — to her, it makes no difference even if that might mean she’s losing money. “I will not be able to give up ice,” Gaki-san proclaims. 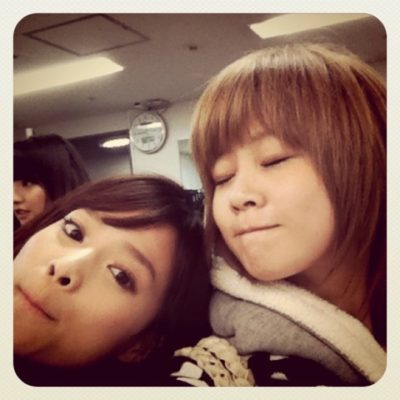