Fan mail #2: The listener’s problem is that they’re unable to say “no” to people. This can be a disadvantage. He asks the hosts if they know of a method of turning people down without hurting their feelings.

Kame thinks she’s the type who can say “no” to people if she doesn’t want to do something. While some things can be given up easily, if it’s something you really don’t want to give up or do for the person, Gaki-san thinks it’s best to just use gentler ways of saying “no.” As in, “I’m so sorry, I want to help you out but I really have something I have to get done today. I give you my word that next time I’ll help!“

Kame offers another good method of turning someone down: just saying “Sorry. Sorry. I’m really sorry. Sorry. See you.” and leaving the room. 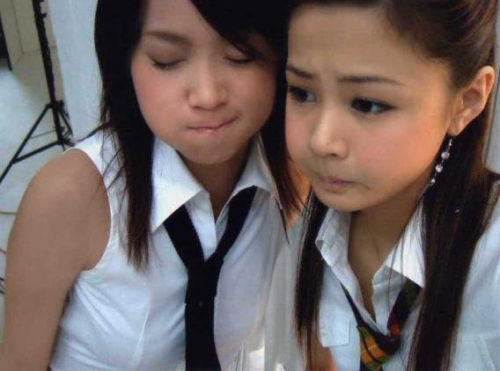 Fan mail #3: In today’s random fan question, the listener wants to specifically ask Kame’s manager whether or not the taillight of his car flashing five times stands for “ka-me-i-e-ri.”

Fan mail #4: The listener bought a brand new cellphone the other day. Upon receiving his first phone call, however, he couldn’t hear the person on the other end. He tried several times but he just wasn’t having any luck hearing on his new phone, so he went back to the store and complained. Upon testing it with the staff there, he found that he could hear on it just fine. Turns out, the listener had failed to remove the plastic cover from the phone which was making it hard to hear anything. The listener asks the hosts about what they do with the plastic cover when they buy a new phone: do they remove it right away or leave it on for a time?

Kame says she tends to take it off, even though she doesn’t really want to. Gaki-san, too, wants to leave hers on, but she hates it when it gradually starts to come off from the sides with prolonged use.

Fan mail #5: The listener has a simple question: they want to know if it’s okay to send in questions regarding love and romance.

Song: Morning Musume – Ano Hi ni Modoritai (“I Want to Go Back to That Day”)

As spring approaches, so do the many spring sales and shopping opportunities. Some time ago, Gaki-san went to a Samantha Thavasa store where she found a leathery Mickey Mouse bag. She bought it, and today she’s actually using it for the first time. Thus, she awards her five stars to her new Samantha Thavasa Mickey bag.

Gaki-san: We’re waiting for your messages! Go ahead and ask us anything, such as “What will Kame become after her pupa stage?” et cetera. Anything goes!
Gaki-san: five-nk@interfm.jp
Kame: You know… I think I’d like to become a futon. Preferably.
Gaki-san: … five-nk@interfm.jp
Kame: Heeey. Did you hear what I just said?
Gaki-san: Go ahead then! (laughs) And what does that even mean? Becoming a futon…
Kame: I just want to sleep for as long as possible. So I’d prefer to be a futon. A pillow would be acceptable, too. 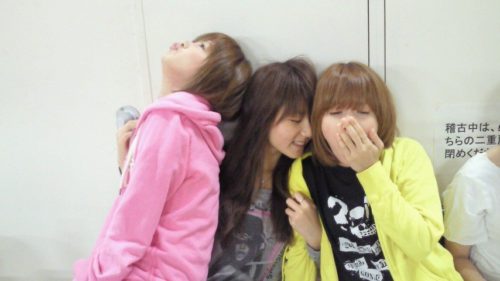