Maa-chan appears to be determined on talking about her recently deepened relationship with microphones, so Ayumin and Fuku-chan have no choice but to listen. Maa-chan explains that on this past Hello!Con tour her microphone helped her get over her nervousness before getting on stage. She noticed how holding a microphone really helps calm down her nerves, and thus she feels like she’s literally become better friends with her microphone.

Still, Ayumin and Fuku-chan want to know if there are any actual human beings in Hello! Project who Maa-chan has gotten closer with. “How about any of the new members?,” Fuku-chan asks. Of the new members, Maa-chan says she’s interested in Sasaki Nozomi.

Once it becomes clear Maa-chan actually means Sasaki Rikako, she begins to recount a recent episode concerning her. Ayumin soon stops what sounds like another one of Maa-chan’s completely pointless, long-winded stories — they’ve wasted way too much time on her blabbering as it is. 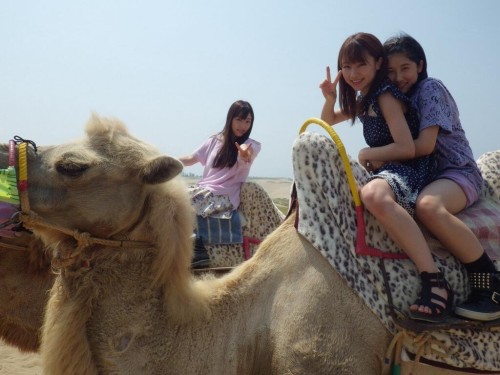 Fan mail #1: Ayumin recently turned 18 which means she’s now considered an adult. The listener asks Ayumin and Fuku-chan if anything has happened in their lives that has made them feel grown-up as of late, and asks Maa-chan if she thinks there’s anything particularly adult-like about the two.

Fuku-chan: He’s asking specifically for something that happened after we turned 18…
Ayumin: Nothing much, I guess…?
Fuku-chan: And for you it’s only been, what?
Ayumin: Two months?
Maa-chan: Heh.
Ayumin: … Why’d you laugh?
Maa-chan: (laughs)
Ayumin: Hey. Why is this 15-year-old brat laughing at me?!

To Maa-chan, Ayumin has seemed pretty adult-like already from when she was around 15 or 16; at some point down the line they stopped fighting quite so much thanks to her maturity. Fuku-chan feels like everyone has done some growing up — even Maa-chan. Maa-chan goes on a cryptic, overlong tangent about how she thinks the relationship of Duu and Ayumin has changed over the years, until she’s interrupted by the staff telling them to move on to the next song. 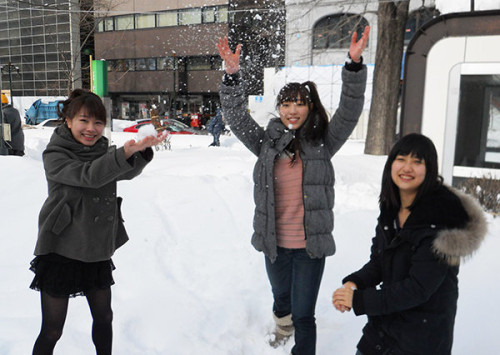 For Maa-chan, calling Ayumin “Ayumi” has come naturally to her since they’re generation mates; she doesn’t think she’d be able to call her that if she was either her senior or her junior. She thinks it’s the many fights they’ve had in the past that have enabled her to call her by her first name only, without a honorific. In fact, she thinks Ayumin is one of the only people she does call by their given name only — she doesn’t even do that with many of her closest friends from school.

Fuku-chan asks what’s going on here with the two of them making eye contact and being all flirty all of a sudden. Maa-chan and Ayumin promise each other lots of heated arguments in the future as well.

Maa-chan has noticed more and more people calling her “Maa-chan,” including their managers, stylists and other members of the staff. She actually doesn’t like it: why would someone who’s previously only called her “Sato” suddenly call her by the name of “Maa-chan”? Fuku-chan says Maa-chan should feel happy about this if anything — the friendlier nicknames should mean they’re on close terms with that person.

Besides, Fuku-chan adds, what’s really scary is when someone always calls you by your nickname but switches to calling you by your surname only when they’re angry with you about something. Ayumin gets this: when she overhears one of the managers calling Fuku-chan “Fukumura,” that makes even herself feel nervous.