The hosts ask their guests, one-by-one, how they feel about being back on the show.

Captain has appeared as guest on the show multiple times, and Chii asks her if she thinks the two hosts have matured since her last time on the show. Captain is quick to say “no, not really.” Momo says she isn’t happy about how rarely she was invited to the show — in fact, she’s appeared on it only one single time back in 2013. Meanwhile, Maasa is the one with the most appearances of anyone, and she’s disappointed she didn’t get to steal Chii’s position on the show as the main caster this time.

Chii asks what Miya thinks of BZS1422, and in her mind, this show is all about Chii and Kumai-san freely and recklessly doing whatever they want. She thinks they fool around way too much: even in meetings for the show, they ignore questions posed to them and they don’t even look at any of the memos. The other four guests express disbelief at this revelation while Chii and Kumai-san hopelessly try to deny it, saying they’re just trying to be “friendly” with the staff.

Risako‘s shining moment on the show was a past episode where she gave Chii and Kumai-san a huge lecture on how they shouldn’t neglect their blogs so much — according to Chii, Risako was genuinely angry at the two. Since then they’ve both shown improvement, though, and Chii especially has still been writing on her blog every day since the first day of 2015. Chii thinks this was thanks to Risako’s firm scolding back then, so now she thinks it’s time Risako gave a similar lecturing to Momo, another member known for her infrequent blog updates. 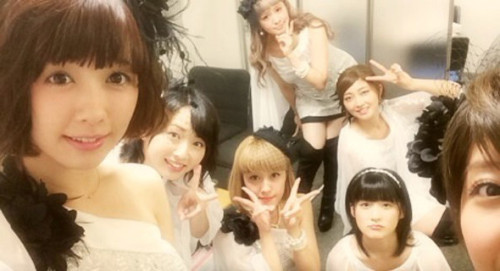 Momo doesn’t understand what she has done to deserve this. When asked how often she actually does blog, she says that it’s about once every ten days. Someone is then quick to point out that even those rare posts are mostly just announcements, causing everyone to begin scolding Momo. She asks why she has to be lectured by all six of them, and Chii explains that this episode of BZS1422 was planned simply for the sake of everyone getting the chance to be angry at her.

Risako begins to list reasons why Momo should blog more. First, she thinks Momo is sure to have lots of female fans who want to be like her, and female and male fans alike probably want to learn more about her private life through her blog. Momo protests by saying that idols should have a certain secrecy about them, but Risako immediately cuts her down by saying that way of thinking is just old-fashioned, leading to laughter and applause from everyone else. Risako explains that while you don’t need to reveal everything about yourself, the fans want to know at least something.

“Like, how about taking selfies more often for example?” Risako suggests. Momo really respects the other six for being able to take all those selfies in front of the other members; she says this is something she can’t do herself. Risako has a helpful suggestion: “don’t take the selfies in front of everyone then — just take them back at home.“

Momo, again, protests, and another failed argument or two later she finally gives up and says she’s going to update her blog on the day this episode is broadcast. No one in the room believes her, but Momo makes an even grander announcement: starting from the day this episode is broadcast (February 22), she’s going to follow Chii’s example and post at least one blog per day until their hiatus begins.

As of February 26, Momo has failed to keep her promise. 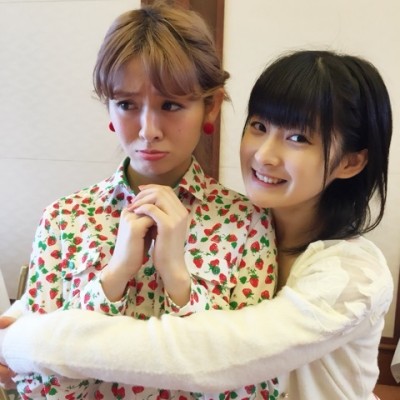 This is the finale of Kumaranai Hanashi, and whether what Kumai-san says is interesting or not will be decided by today’s five guests. Chii asks her co-host if she is ready. Kumai-san says she is indeed.

Kumai-san: Right. Lately, I’ve been hooked on this well-known LINE game, Tsum Tsum. Two of our special guests, Captain and Risako, are also hooked on this game. But… for me, it actually ended after about three days. My addiction to it.

Captain: You got bored of it.

Kumai-san: Right. I got bored. And for me, getting hooked on cellphone games or apps like that is pretty rare to begin with. Also, I never get very good high scores. It’s really- (laughs) Just a second. Sudo-san? Could you not get out the “uninteresting” paper yet? You’re too early.

Kumai-san: So anyway, I got bored of it because my high score just wasn’t getting any better. So as I was on the train one day, I started thinking about just why my high score doesn’t improve. And as it just so happened, this salaryman in around his 30’s sitting next to me was moving his fingers really fast, and I was like “what’s he doing?“, so I looked, and he was playing Tsum Tsum. It was really amazing. Like, I know you’re not supposed to peek at people’s iPhones, but just that once, I just had to take a sneak peek. It was so amazing and his high score was just crazy, he was just racking in the points. And he looked like he was married — he was wearing a ring — so I thought to myself, “wow, we’re living in a day and age when a man like this can get so hooked on a game like Tsum Tsum.“

Kumai-san: I mean, like, a family-oriented, father-type. I was like “ah, a man like this can get so hooked on Tsum Tsum, the times sure are changing.” Then the next day I was on the train again, and it happened again. This time it was a man in his 40’s sitting next to me… Um, Sudo-san? Sudo-san, again, could you please put that “uninteresting” paper in your hands away for a while longer?

Chii: Everyone, I ask you to remain patient for just a while longer.

Kumai-san: So that man in his 40’s or so was playing the game. And that man, too, was wearing a wedding ring, so he was married, and… like, he, too, was moving his fingers really quickly. And while he was doing that, I noticed that he was also like moving his face really skillfully!

Kumai-san: No, like, his face… his mouth was moving, even his eyebrows were moving up and down. So I thought he was a genius, getting such an amazing high score on Tsum Tsum while moving his face like that. And it’s like, wow, this man has a home! He has a family! Like… I just thought it’s such an amazing era we’re living in. And it’s a stressful society we live in, right?

Kumai-san: A stressful society… A comforting thing for the commute? A comforting thing for the dads? And like, when they get back home, you just know they’re going to have to listen to their kids complain about something or the other. But you could tell they were at least maximizing the amount of comfort they could get from their commute. I came to realize that Tsum Tsum is something that was made for the salarymen who live in this stressful society.

Kumai-san: And so… the moral of the story is… I realized that I’m no match for them. So that’s why I won’t play Tsum Tsum anymore.

Kumai-san: But, so, in the end, I came to realize that Tsum Tsum helps many dads in our society get through their day. So I thought that was good. It made me feel warm inside. That’s all.

Chii counts the votes, and the decision appears to be unanimous: it’s five out of five votes for “uninteresting/boring.” Nevertheless, Kumai-san properly thanks everyone. Chii asks how the guests feel about this story considering it was the last Kumaranai Hanashi of the entire show. Maasa asks if Kumai-san is truly okay with this being the finale, and Kumai-san confidently replies that she is.

“Of course she’s okay with it,” Chii says. “Kumai-san was in perfect form.“ 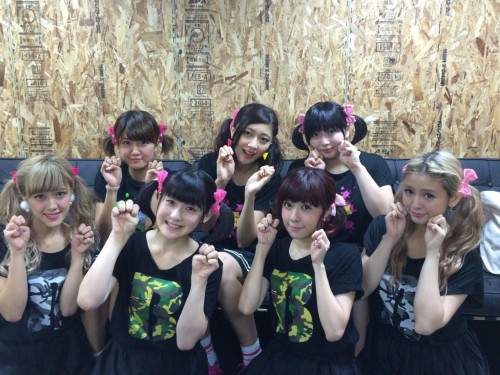