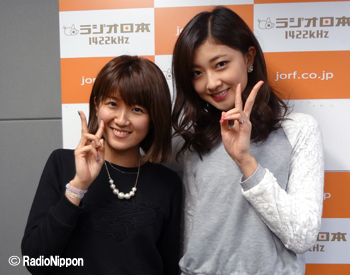 Fan mail #1: When this listener went to work in the morning, his senior there made a comment regarding Chii’s blog. The listener was happy to learn that even their co-worker regularly reads her blog. He then points out that Chii has been able to keep her promise of blogging at least once per day since the start of the year. He asks Chii to keep doing her best.

Chii confirms this: she’s still blogging every single day! Kumai-san applauds her for this feat — she can still remember her promising this back in 2014. Chii announces that she’s now pretty much proven all her doubters to have been wrong. “If all I have to do is keep updating my blog until March 3, then that is exactly what I’m going to do!” she exclaims.

Kumai-san reports that there’s a bright sparkle in Chii’s eyes as she’s saying all this. Chii says she feels unstoppable right now, and even though she admits she has gotten tired of it, she’s not giving up. 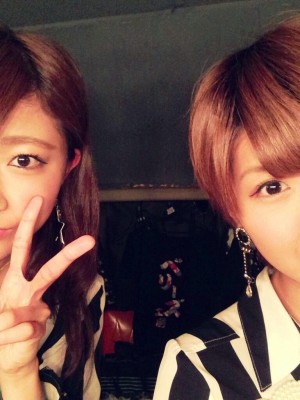 Fan mail #2: The listener reveals that they first became a fan of Berryz Koubou at their 2014 Budokan concert. Up until then they didn’t have any interest in either idols or even music as a whole, so when Berryz announced their upcoming hiatus, the listener figured that they’d just go back to their music-less life on March 3.

However, the other day the listener attended the winter Hello!Con, and a certain non-Berryz member completely stole their attention. (Chii: “WHO?!“) That member was Country Girls’ Shimamura Uta. (Chii: “I KNEW IT!!!“) To the listener, there was something about her that reminded them of Berryz when they were younger. They thus ask if it’s okay for them to become a fan of Uta-chan after Berryz enters their hiatus. They also asks the hosts to share any backstage episodes they might’ve had with Uta-chan.

Chii has a complaint right off the bat: the way the listener first asked if it’s okay for them to become a fan of Uta-chan and then asked if they’ve had any episodes with her, this seemed to Chii like the listener has obviously already become a fan of hers without even waiting for their permission. Kumai-san says that if the listener truly wishes to remain loyal solely to Berryz Koubou — like he claimed — then she would like for him to do just that.

With that said… the two agree: “if it’s Uta-chan, it can’t be helped.” Miya, too, is so taken with Uta-chan right now, she has a “corner” on her blog that’s basically dedicated specifically to her. And the two get it: Uta-chan is really cute, her face can blush in an instant, and while the fans don’t get to see this, she’s always wearing glasses at rehearsals which only makes her doubly cute. So the two can understand her fans’ feelings towards her. Kumai-san figures this is how they themselves must’ve looked like to their seniors back when they joined H!P: there’s something adorable about kids and that awkwardness when they don’t even know left from right. 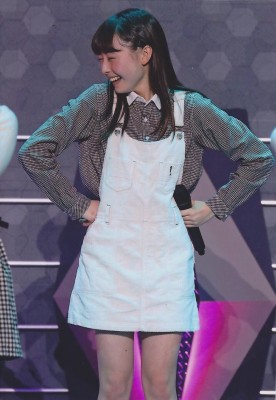 Chii remembers how at handshake events the fans would tell them that they were such big fans of Berryz, they would be entering into a hiatus along with them. But ever since Country Girls first made their appearance, Chii has had a feeling that these same fans are all just going to end up moving on to Country Girls instead — their youth and freshness is just too good to resist.

“Besides,” Chii adds, “Momochi is kind of a part of Country Girls, and I guess she was more or less a member of Berryz Koubou, too.” Chii recommends that instead of Momochi, though, it’s better if their fans opt for supporting Uta-chan.