Berryz Koubou’s autumn concert tour is beginning soon, and Chii asks her co-host for her take on it. Kumai-san hints that this tour might have quite a lot of songs on the setlist they’ve never performed before, and like °C-ute on their recent tours, the members got to have more input as to what songs to actually include in it — in fact, they spent an entire day in a meeting where they planned for it. Chii recommends that fans make sure to prepare by listening to songs by Berryz that they’ve been neglecting to listen to lately.

Chii notes that their script says they should use this spot in the show to talk about their private lives as of late. Kumai-san isn’t sure what she’s been up to, and when asked if she’s even been practicing her cooking like she was supposed to, Kumai-san is quick to reply that she hasn’t. “There’s literally nothing going on in my life lately,” she sums up.

Chii reveals that there was recently a cockroach incident at their house. Chii tried to spray it to death immediately upon discovery in their kitchen, but it managed to escape — the worst possible outcome according to Chii. The next day her little sister went there to have something to drink and the cockroach appeared again right at her feet. She sprayed it, but somehow it managed to escape once again. 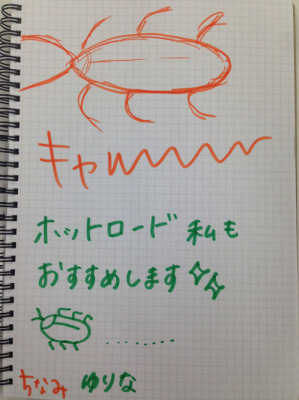 Chii’s illustration of the criminal in question

The cockroach managed to roam freely in Chii’s house for four days or so, until they finally managed to kill it the day before the recording of this show. Kumai-san applauds and congratulates her for this. Chii went out and bought a pack of cockroach traps that have baits in them that smell like something cockroaches are supposed to love, and she set all 12 of them around their kitchen. Kumai-san suggests that leaving that many enticing traps around could attract other cockroaches from nearby homes as well. Chii is mortified to hear this.

In any case, the cockroach avoided all 12 of the traps and it was actually Chii’s mom who managed to kill it: she just happened to come into the kitchen at night when it was there and she took quick action with the spray, finally getting the job done. But their problem was, no one in the house had the courage to actually pick it up and dispose of it. In the end, they had to call Chii’s grandpa — at 10 o’clock at night — to come and do so for them. 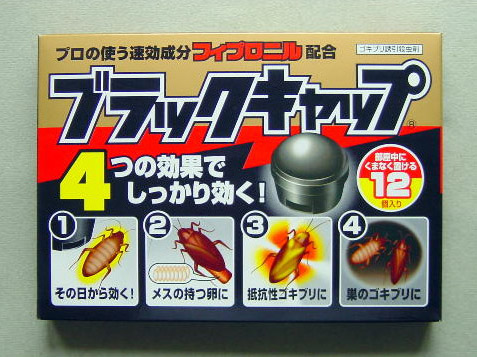 Fan mail #1: Some time ago, Miyazaki Yuka from Juice=Juice praised Chii on the radio for properly sorting out her trash before throwing it away. The listener said they were very happy to find out that not only is their dearly loved Chii someone with a wonderful smile, she’s also a lovely lady who gets respected by her juniors even for her actions in day-to-day life.

Chii confirms that she really does properly sort out her trash, and Kumai-san praises her for being so ecological.

Chii: But I don’t really understand which trash are burnables and which aren’t, though.
Kumai-san: … Wait…
Chii: No, I mean, of course I can tell that things like paper trash and plastic bottles go in different bags.
Kumai-san: Right…
Chii: But like, what about straws? Are they burnable or non-burnable?
Kumai-san: Straws are non-burnable. They’re plastic.
Chii: But they’ll melt if burned, won’t they?
Kumai-san: …Oh.

Chii lists the categories they have to separate their trash into around the area where they live: styrofoam, milk cartons, plastic bottles, burnables, non-burnables, food waste, and large objects. Considering how much of a hassle it is, the two feel envious of people in places like Osaka where it’s basically just two categories: burnables and non-burnables — even the plastic bottles supposedly go into non-burnables. Still, Kumai-san says that the fact that Chii tries is admirable.

Kumai-san asks if there are any other things Chii is happy to have been praised about. Chii complains that she doesn’t really get praised much at all, but she was happy when she did get praise for her drawing skills. Kumai-san starts laughing and says she can’t even describe the overdone reality of Chii’s drawings — she even draws the human hair one strand at a time.

The two have also noticed that they’ll get praised if they blog even slightly more than the average: even posting blogs two days in a row will get them positive comments, with fans wondering if something good has happened to them. The two thus come to the conclusion that this means they should keep blogging as lazily as they have thus far. 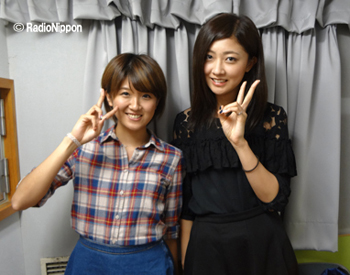 Chii then announces that they have a comment from a cute junior of theirs.

Harunan promotes Morning Musume’s current tour and new single, briefly talking about each of the new songs. And since she’s here, she wants to recommend a certain manga to the hosts: it’s titled Hot Road, and she calls it a really subtle kind of work with the silences and the characters’ expressions done in a way that will make your heart ache. Harunan also recommends the 3DS game Pokemon Art Academy.

Kumai-san says she saw the movie version of Hot Road, and Chii actually has the manga at home since her mom likes it. Kumai-san really liked the movie and a certain manly line in it spoken by one of the actors. She recommends the film to all their female listeners. As for Pokemon Art Academy, Chii had never even heard of it, and Kumai-san had only seen it in a commercial. The two think they’d like to check both of these out since Harunan is so hooked on them.

Fan mail #2: The listener says it’s typical for fans of Kumai-san to be referred as “Kuma wota,” fans of Chii as “China wota,” fans of Momoko as “Momo wota” and so on. They ask if the hosts have any cooler names for their own fans.

Chii says she isn’t really conscious about it. Kumai-san wonders if the fans themselves don’t like being referred to as “wota.” Chii isn’t sure either, but says she has a feeling that the fans of Berryz Koubou as a group don’t really like being called “Berryz wota.” Kumai-san says she kind of gets that as well. Chii wonders if there even needs to be a name for their fans; it could be like a thing that just connects them without having to put a specific label on it.