This is the last broadcast of September and autumn is fast approaching. And since autumn is (apparently) the season of good appetite, Chii asks Kumai-san if there’s anything she finds “gourmet” about herself. Kumai-san says she’s not good at resisting seasonal limited editions when it comes to food. Chii asks if Kumai-san’s answer has anything to do with her being gourmet or not, and points out that the staff is laughing at her answer. Kumai-san protests by saying that she’s sitting next to the most gourmet person in the world and Chii agrees that her presence does raise the bar.

To begin with, Chii always takes pictures of the delicious meals she has at restaurant so she doesn’t forget about them. Also, she used to collect business cards from restaurants as well. (She was influenced by their ex-manager who was apparently very gourmet themselves, but she got bored of it at some point.) They agree that Berryz is pretty gourmet overall as a group, but Kumai-san insists that Chii is definitely no. 1 — even when they go to restaurants together, Chii will tell Kumai-san which sauce goes best with which food. Chii is also very picky about her soy sauce: she’s very adamant about only using soy sauce that’s housed in an air-tight bottle.

Kumai-san suggests that Chii ought to get some sort of a certification. “What, like a Gourmet Master certification?“, Chii asks. She doesn’t like the idea because she figures if someone was a qualified Gourmet Master, they’d probably get fat very quickly. Chii mentions there’s actually a person on the staff of BZS1422 who’s kind of plump. Kumai-san laughs and one-ups Chii by saying there’s even a member in Berryz Koubou who suddenly gained a lot of weight, too.

“How about becoming a certified Soy Sauce Sommelier?“, Kumai-san asks. 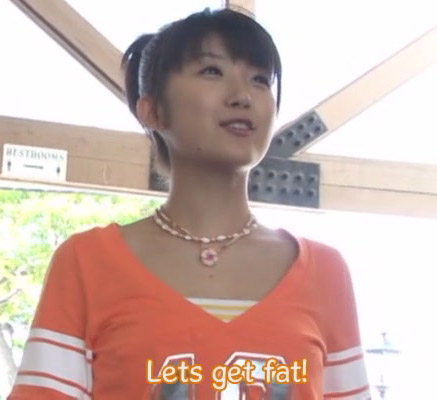 H!P member #1: The first clear-file drawn is that of Tamura Meimi. Kumai-san begins by saying that Meimei has gotten more womanly as of late: more specifically, her makeup has gotten thicker. Chii agrees. Seeing Meimei on the first day of Hello!Con was enough to make Kumai-san think she must’ve become more aware of makeup, but it actually just kept getting thicker and thicker as the tour went on. “So she’s gotten even cuter than before,” she sums up. Chii says Meimei must be going through that phase in her life and reminisces about when the members of Berryz went through that period of time in their lives themselves.

Chii says Meimei’s dancing is really unique and sharp, and that Airi is really good at mimicking it. Kumai-san knows what Chii means, and says it’s like Meimei’s dancing is so quick that it seemingly has no unnecessary movements. Chii praises Meimei by saying she gives everything her 100%, no matter if it’s a concert, musical or stage play, and Kumai-san says Meimei’s previous experience with performing and love of musicals are very obvious.

Meimei’s eyebrows also left a strong impression on the two back in the days. She even used to do “Mayuge Beam” as well, but not anymore: the two figure it must be due to her newly found interest in makeup.

H!P member #2: Next up: Ikuta Erina! The two chuckle, and Chii says she doesn’t even know where to begin with Eripon, until she suddenly says she has something she wants to say to her.

She heard about Eripon’s story on Morning Jogakuin about how she sneakily bought all the ham in the convenience store, leaving none for Chii who was eagerly looking forward to buying some. By pure coincidence, Chii’s friend happened to hear the episode where Eripon revealed this, and said friend then sent a message about it to Chii on LINE. So Chii just wants Eripon to know that she’s now aware of her crime. Chii says — with just a hint of threat in her voice — that she would be glad if she received some ham from her the next time the two meet.

Ham aside, the two say that regardless of the fact that Eripon is their junior, she freely approaches the members of Berryz quite a lot, especially Miya and Risako. Chii says that while Eripon might seem childish on stage, she’s surprisingly calm in private. In fact, Chii mostly has an image of her always listening to music.

Some other things they’ve noticed about Eripon is that she has a lot of muscle, she works hard, and she doesn’t eat very much. 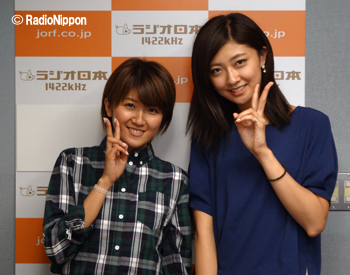 H!P member #3: The final member drawn is Nakanishi Kana. Chii says that while it feels like they’re saying this about everyone, Kananan more than anyone really strikes her as having matured a lot. Kananan used to just randomly hug and cling on to the members of Berryz from behind, but now she doesn’t do that kind of thing at all and she’s just very calm. Kananan and the others came to see Berryz’ performance at Budokan, and Kananan was taking pictures of it for them to upload on their blogs. Chii was expecting she’d sent them one or two of the best shots, but she ended up sending them no less than 90-something photos she’d taken all by herself.

Chii says that when Kananan sang “Golden Chinatown” at Hello!Con, her voice sounded like she was a fourtysomething woman. Kumai laughs and Chii explains: “It was sexy! It was like this voice that only a fourtysomething would be able to reproduce!” The two agree that Kananan definitely has sex appeal. “I think she has more sex appeal than Momo even!“, Chii claims.

Fan mail: The listener started listening to Berryz Koubou recently as per their good friend’s recommendation, and they’ve now bought all their albums and quite a lot of their DVD’s as well. Their question is: having seen “cha cha SING” performed on one of those live DVD’s, the listener asks how they do the neck movement in the song’s choreography — try as they might, they just can’t figure out you’re supposed to do it.

Chii says it’s the same movement as in “Anashi Nashi de wa Ikite Yukenai,” and Kumai-san says she, too, had trouble with it at first. In fact, the two reveal that Momochi is still, to this day, unable to do it properly. The two encourage the listener to keep trying, but they also suggest that some people just aren’t physically able to do it as well. Kumai-san asks if Chii was able to do it from the get-go, and Chii figures she was as she doesn’t have any memories of trying to learn it, but says that it’s all just a matter of time and practice.

The two agree that the listener will definitely learn how to do it if he keeps trying for another ten years. 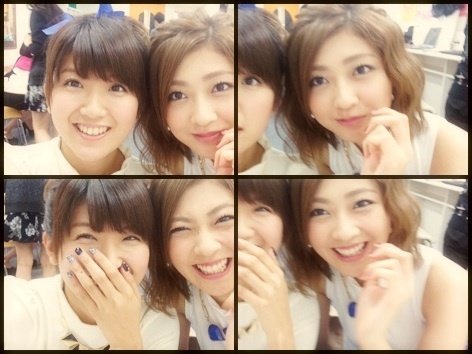