Following Maa-chan’s curious story about the sea that talks to her, she appears to have serious trouble reading her lines and moving the show forward. Harunan tells her to take a couple of deep breaths: 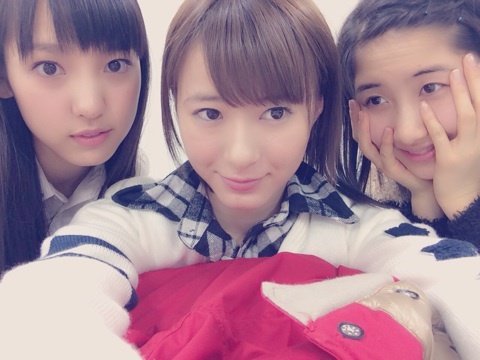 As Morning Musume now enters its 18th year as a group, the hosts take turns in announcing their ambitions as members of the group in the coming year.

Ikuta begins by saying “solo parts.” Ikuta makes the rather desperate attempt of pointing out that the group is the same age as her, which she hopes would somehow mean she should receive more solo lines. Ikuta says she’ll do her best to get them, but clarifies that she doesn’t intend to “earn” them thanks to her own vocal merits and talent; she’ll just flat out ask for more. Just as a favor.

The thing is, as Ikuta has been saying this kind of stuff in public more often lately, she feels like she’s getting even less solo lines than before. Maa-chan comforts her by saying that it’s not just her; everyone is getting less lines these days because there haven’t been as many of them in their recent songs as before. Harunan agrees, and tells Ikuta not to lose hope yet. Harunan, too, expresses a desire for more solo lines, but Ikuta claims Harunan gets to sing way more than her, and that she definitely has the least solo lines of anyone in the group. Harunan, though, feels that she sings just as little as Ikuta does, the only exception being “Brainstorming” where she happened to get her one solo line.

Maa-chan’s ambition is simply to “laugh before the manager gets angry at me.” Ikuta laughs and asks what she even means by that. Maa-chan says she wrote this as one of her ambitions in school, too: to laugh before the teacher gets angry at her, as well as making the teacher laugh with her. Maa-chan says that she doesn’t want anyone to get angry at her, so Harunan asks if laughing is supposed to somehow make them forgive Maa-chan for her wrongdoings. Maa-chan explains that that’s not it: she wants to make everyone laugh, and when everyone’s busy laughing and the manager/teacher is off their guard, she’s going to escape. Escape where? Into the bathroom.

Harunan hopes to show a new side of herself this year. More specifically, she’s thinking about cutting her hair short. Ikuta is excited to hear this and offers to change hairstyles with Harunan; Harunan says she accepts the offer. Maa-chan says short hair wouldn’t suit Harunan — maybe if it was shoulder-length, like the hair Maa-chan herself had around “Wakuteka Take a Chance.” 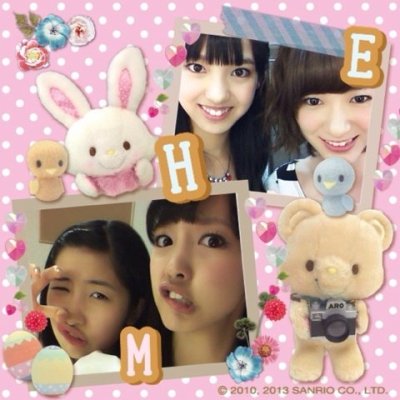 Maa-chan: Pa pi pu pe ponyo ponyo Suzuki-san! Next we’ll be reading your messages.
Harunan: … What just happened?
Maa-chan: It says here to say some words I like.

Fan mail #1: The listener is a first year high school student and is currently preparing for their upcoming school festival. To the listener this is the favorite of all yearly events at school. They ask the hosts what their favorite events of the school year are, and to share any interesting episodes they might have regarding them.

Harunan says she really enjoyed the school festivals back in her high school days, too. She remembers how the haunted houses done by high school students would always be surprisingly high-quality and scary. For their ennichi, Harunan and her class would hold games like yo-yo-tsuri and ring tossing, and the prizes they gave out would always be some super-cheap snacks they’d bought in bulk. Meanwhile, their seniors would always be selling things like handmade choco-bananas, dango or yakisoba.

Maa-chan most enjoyed something called the “Wakuwaku Land.” Both Ikuta and Harunan have no idea what that is, and Maa-chan explains it was something organized in her elementary school by the moms from PTA and that it had things like haunted houses and small candy shops.

For Ikuta’s junior high school graduation, her class went for a field trip to Disneyland. Everyone was split into groups of six or so, and Ikuta just happened to get in a group with all her good friends in class and they had a blast going to all the shows and rides they wanted.

Maa-chan poses a final question to Nakajima Saki at °C-ute na Jikan — except her question isn’t so much a question as it is just a statement: “Nakajima-san. I love yooou! Bye bye!“

Maa-chan: Join us on Morning Jogakuin again the week after– no. Next week!
Maa-chan & Harunan & Ikuta: Bye-bi~! ♪