Momoko asks the others whether they’d been smiling recently, from the bottom of their hearts. Airi point out that Momoko’s statement sounds like something from out of a commercial. Momoko runs through it again.

Momoko: Have you, recently…

Momoko & Airi: Been smiling from the bottom of your heart? (laughs)

The girls agree they have. Miyabi says that she laughs once a day.

Momoko: Hey, you can laugh more than that! (laughs) Once a day is like just going ‘ha ha ha’.

Miyabi admits that it does make it sound like she leads a sad life. Momoko points out that smiles and laughter have an amazing power, where even just seeing a display of them triggers an energy boost.

In order for the programme to make lots of people smile, Momoko warns the others to take care of their pronunciation this time around. That they can’t just hope to tide it through by being excited. The other two agree excitedly without abandon, clearly disregarding Momoko’s prior warning. Momoko apologises on their behalf, and begs for the listener’s kindness. The other two follow suit. 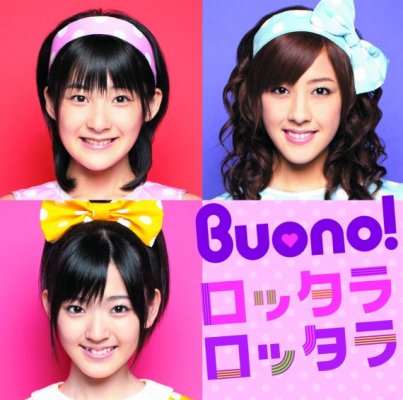 Discussion topic: If you were to win the lottery and become a billionaire, what would you do?

Momoko starts off declaring that she’d love to win the lottery, and Miyabi agrees. Airi worries about having all her luck used up by winning the lottery, but the other two seem nonplussed. When Airi presses the matter, Momoko points out that good incidents have a tendency to be followed by other good incidents.

Airi then asks the question of whether they would inform the people around them that they’d won. Both Momoko and Miyabi admit that they wouldn’t mention it. Airi mentions that she’d be worried about inviting danger, and suggests that it might be better to get the second prize. This suggestion is shot down by the others, immediately stating that they’d want the first prize. Miyabi mentions that it might be even more of a let down to get second place. Momoko adds that it would be an ‘Ah, so close…’ moment.

Airi: But after [winning the first prize], you’d have so little happiness to look forward to in your life.

Miyabi: You said something cool, but I’d still definitely want the first prize.

Momoko & Miyabi: Which would be better?

Momoko: Which would be better. Disregard things like what the world would think about it.

Airi: If you put it like that, then I’d take the first prize, obviously!

Airi still thinks that winning would jinx her, while the others try to calm her down, telling her that it wouldn’t happen. Momoko reconfirms that they wouldn’t mention it to the other members. Miyabi states her position.

Miyabi: I wouldn’t tell them. They’d be like ‘Treat us!’

Miyabi (in a contemptful tone): Like, why should I treat you?

Miyabi (in a contemptful tone): Give to you? Huh?

Miyabi tells them that she’d act out in front of the members, complaining about being short on funds at the end of the month and waiting for her pocket money so that she could go shopping. She admits it sounds a bit horrible. Momoko says that she’d probably do the same thing too.

Momoko starts to close up the discussion by saying that it’s fun to consider imaginative scenarios like these. Airi and Miyabi agree that these kind of things are pretty unlikely. Momoko notes that winning the lottery allows the purchase of things they can only dream about. She finishes by telling everyone to continue to chasing their dreams. 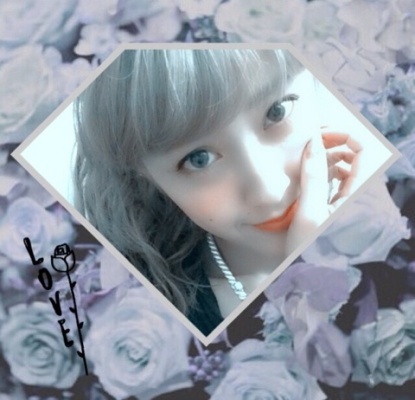 In my heart I’d be going ‘hee hee hee’

Today’s note comes from a 28 year old male, currently working in an IT company in the city. He’s currently in a romantic relationship with a female colleague, his first girlfriend. He loves her to the point that he’s considering marriage, but there is something that he’s worried about. The president of the company he works at is also interested in his girlfriend. The president is at the same age as the listener asking the question, but is good-looking and well-off, a so-called IT millionaire. But the listener does not want to yield in love, so he asks the girls for some comments to help build up his courage.

Momoko notes that the listener seems like a pretty timid person. Airi gives a simple ‘do your best’ as her words of encouragement, which Momoko finds light. Airi herself has been giggling at the situation, finding it funny. She doesn’t really get why the listener cares so much about the president being good-looking and well-off. After all, the girlfriend probably doesn’t care either. Miyabi notes that there are some women who would care about things like that, and some who wouldn’t. Airi announces that she’ll just keep quiet then, not comprehending the issues in the situation.

Miyabi notes that they’re already going out and he’s at the point where he’s considering marriage, so he’s already in a good position. Airi asks further how this good-looking, rich president came into the picture. Momoko clarifies that the president didn’t appear out of nowhere, but the listener was worried about his presence. Airi says that it doesn’t mean that the girlfriend has feelings about the president, and that the listener should have more confidence. Momoko counters that having confidence isn’t enough.

Airi: The future president will be you!

Momoko: We have no idea if it’ll turn out like that.

Miyabi: She said it in a cool way though.

Momoko: It’s possible, I guess. We’d have no idea.

Airi: These are circumstances concerning adults.

Momoko concludes that the listener has to do his best. She then remarks, slightly resentfully, that the recent questions for the advice corner have been pretty negative. Airi recommends he use Buono! songs to help build his courage, and Miyabi supports the suggestion. Listen to Buono! songs, and that’ll lead to a happy wedding! Momoko’s a bit surprised at how enthusiastic they are at promoting Buono! all of a sudden. She sums up by saying they have no advice in particular, but if they had to give advice, it would be to listen to Buono!’s songs and to do their best.

Momoko: The person she loves is you, after all, so have confidence and propose.

And in order to raise his spirits and to build up his courage, they play Zassou no Uta.