Fan mail #1: In the spirit of “ask us anything,” the first listener asks: if half of Gaki-san is made up of kindness, as has been claimed before, what then is Kame half made of?

“The blessings of the Earth,” Kame responds without hesitation. Kame then asks Gaki-san to stop laughing — she’s being serious. She tries to explain: she apparently exists thanks to the sun… the plains… the whole Earth, basically. “Did you get it all out of your system?,” Gaki-san asks, before telling the “blessing of the Earth” sitting next to her to read us their next fan mail.

Fan mail #2: “This spring I entered university. I fell in love with that girl. I will do my best.“

“Did you get it all out of your system?,” Kame asks. “What’s going on with our listeners today?,” Gaki-san wonders aloud. Kame would also like to know which girl exactly the listener fell in love with. 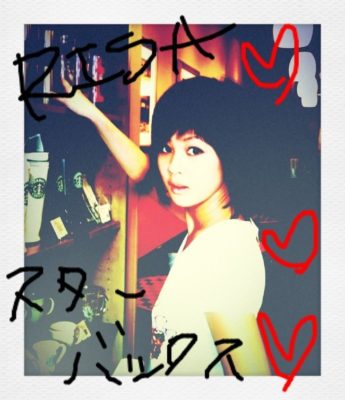 Fan mail #3: “If you were to live together with another member, which member would it be and why?“

Kame begins by saying she wouldn’t be able to live with anyone who prefers to keep their apartment clean at all costs. She thinks Sayu might be a good option — she’s someone who does like to keep clean, but who can also handle it if it’s dirty around the house. Reina, she thinks, wouldn’t take as kindly to things being dirty. The hosts both agree that Junjun would not only accept things being dirty, but would also actively clean up after them out of kindness. Ultimately, though, Kame settles on Sayu.

Kame: You, though, you’d probably want to live with me, right?
Gaki-san: Huh? You?! Did you get it all out of your system?! (laughs)
Kame: (laughs)

Gaki-san starts to wonder what it would be like to live in an apartment with all the members of Morning Musume. Not only would they see each other at work every day, but also at home. “We’d come to know every last single thing about each other!,” Kame says.

Gaki-san finally chooses Ai-chan, simply because they’ve known each other for so long they can pretty much tell what the other one is thinking just by their facial expression. Plus, she’s a little bit older than Gaki-san, so it’d be easy to rely on her. “I really wouldn’t want to live by the eight of us though,” she says.

Fan mail #4: This listener is often accused of eating or drinking weird things, such as McDonald’s french fries dipped in McFlurry, mixing orange juice with soy milk, or putting wasabi on potato chips. The listener wishes to know if this is strange.

The hosts both agree that wasabi with potato chips might actually be a pretty good combination, and french fries dipped in McFlurry they know to be a good good mix. Orange juice mixed with soy milk though? Not so much. 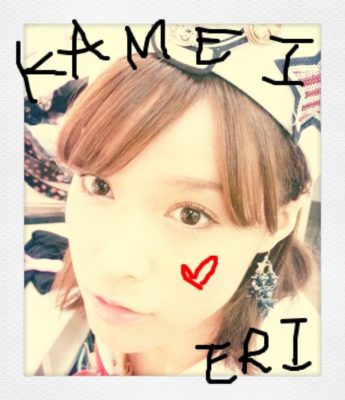 Gaki-san: We’re waiting for your messages! Go ahead and ask us anything, such as “is it true that if Kame tried, she could karate chop a watermelon in half?” Anything goes!