Gaki-san recently updated the show’s blog with a simple request to the listeners: “suggest me good retorts I can use against Kame when she’s acting stupid!“

Gaki-san received a bunch of ideas from fans, and so she wants to take time out of the show today to decide the best retorts against Kame. Some of the suggestions sent in include the classic “nande yanen!” (“why the hell?!“) and “chau chau!” (“wrong!“), but also more inventive ones such as “Kamei ka yo!” (“are you Kamei!?“), “mayuge beam!” and “mou, hontou no kame ni natte” (“ugh, please turn into a real turtle already“).

Gaki-san’s personal preference of the ones listed so far is “Kamei ka yo!” She asks Kame to choose her favorite — “what’s the one you think would affect you the most if you were acting stupid?” Kame says she prefers the snappier ones such as “chau chau!“, but ultimately chooses “chigau ga na!” (“that’s wrong!“) Thus, that’s the one they will go with on today’s show.

Gaki-san’s view of Kame is that she’s someone who’s able to fall asleep instantly at nighttime. Kame, however, says she’s actually more of a nocturnal person as of late. While she does still get sleepy, she at least now gets what people mean when they say they’re unable to fall asleep at night. These days, Kame finds herself not getting into bed when she’s supposed to. In revealing this information, though, she’s afraid it will cause her image in the listeners’ minds to change! But that’s just how it is: Kame feels that she’s now become more of a grown-up in this sense.

Gaki-san, too, is a nocturnal person: she doesn’t handle mornings well, and she can be quite grumpy in the early hours of the day. Kame was already aware of this, and she describes Gaki-san as “fragile” — which is to say, she thinks they should literally put those “fragile” stickers on her that you often see on people’s luggage. “I guess it must be the low blood pressure,” Kame suggests. She continues:

Kame: When I see you in the morning, you’re like really, really, really bad. It’s like–
Gaki-san: Hey, you’re one to talk! If you’re going to say that, then what about–
Kame: Please stop trying to change the subject.
Gaki-san: What?! (laughs)
Kame: Stop trying to make it about me. 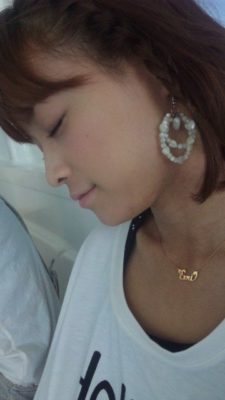 Fan mail #2: The listener wishes to know if the hosts have ever visited any of the other members’ homes, or vice versa.

This is definitely a thing, even though it doesn’t happen quite that often. The hosts have both visited each others’ homes. As for other members, Kame has also been visited by Sayu, and she has visited Ai-chan. Meanwhile, Gaki-san has visited the homes of Ai-chan, Sayu, and Junjun.

One member whose home is apparently a place no one is allowed to visit is Linlin, simply because her home doesn’t have an inch of free space where one could walk without stepping on something. The hosts have both have heard rumors that it’s apparently “pretty bad” over there.

One time, a lightbulb in Linlin’s house broke and Linlin was unable — or unwilling — to change it herself. Luckily, her managed went over just to change it for her. When they did, however, they discovered that her place was completely scattered with clothes. The manager’s only option was to step on Linlin’s clothes to get to the lightbulb. 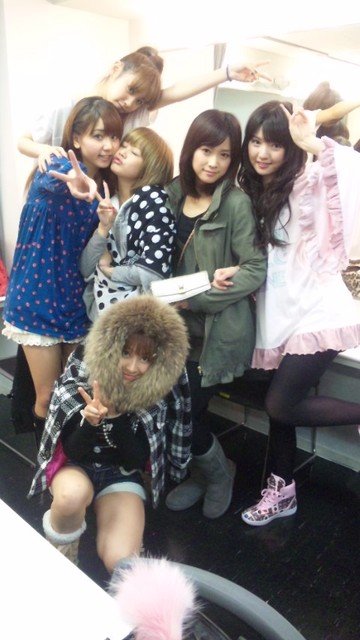 Fan mail #3: “Gaki-san, Kame-han, good evening. It’s my first time in a while sending mail to the show. With that said, though… none of my previous mails have ever been read before. So my question is: what should I do to get my mails read on the show?!“

While there is no answer forthcoming, the two both agree that this was a lovely message to receive.

Shock! Gasp! Horror! Gaki-san suddenly announces that this is the end.

Gaki-san: Of this corner, I mean! The end of this corner!
Kame: Oh! Phew! I’m so glad!
Gaki-san: I wouldn’t be able to handle it if this show was to end! (fake crying)
Kame: I know! What would be the point of life without this radio show?!
Gaki-san: Y-yes, exactly! (laughs)

Every week, our hosts have been taking turns in awarding five stars to their favorite things in life. But for this final go at it, they decide to award their five stars together!

As they were on their way to record this episode, our two hosts were eating McDonald’s fries in the car. In doing so, they came to the realization that… well, they taste really good. “French fries make you happy,” Gaki-san thinks. Their manager was also there, and their way of devouring theirs was so extreme it made the hosts “feel bad” for the fries.

Aside from that, the hosts also wish to award five stars to FIVE STARS — the actual show itself — for giving them the opportunity of doing this corner for so long. In usual Gaki-Kame fashion, however, they manage to completely flub their lines when they’re announcing it, leading to embarrassment and pleas for the ending music to start playing already.

Gaki-san: We’re waiting for your messages! Go ahead and ask us anything, such as “is it true that when Kame is being especially stupid, the frogs at the pond suddenly start making a racket?!” Anything goes! 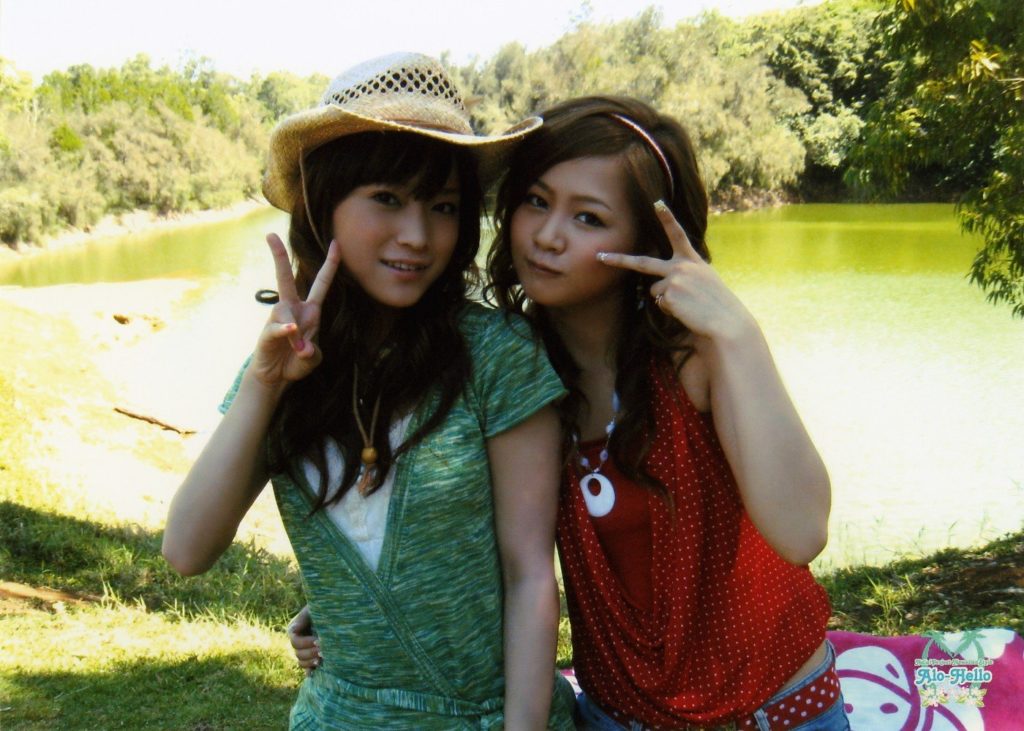