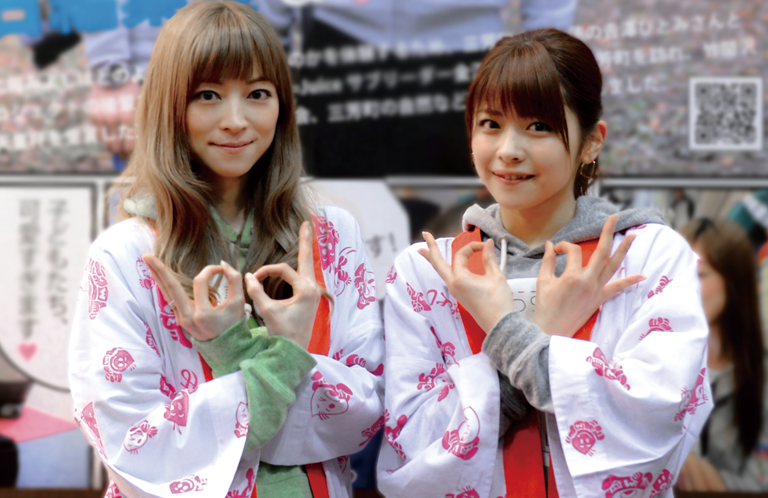 A letter from a listener brings up the aforementioned fact that all three of them hail from the H!P Egg programme. So what was the first impression they had about one another? And looking at Kobushi Factory’s debut, did Fukuchan and Takechan think back to when they first made their debut?

It’s been so far back that Fukuchan and Takechan don’t remember their first impressions of one another.  Mizuki can’t remember when she first got to know Hamachan either, but she remembers Hamachan for her twintails.

Fukuchan: I was like, ‘Ah, such a cute girl has joined‘~

Takechan: I remember thinking that a small, petite girl had joined us.

Fukuchan: And those long legs.

The first time Hamachan interacted with Takechan was at a summer Hello! Con: She remembers Takechan teaching her how to dance. Takechan breathes a sigh of relief – she had been worried that she might have left a bad first impression. She’s glad to hear that Hamachan remembers her for that.

Fukuchan remarks that Akari has always been a powerful dancer. Back then, she also used to bare her forehead. It turns out that it was Tsunku♂ who suggested that Take keep bangs. Take herself doesn’t have any preference either way – even now, she’ll occasionally raise her bangs. It’s always a plus to have someone baring their forehead, with Oda Sakura being the current example in Morning Musume。 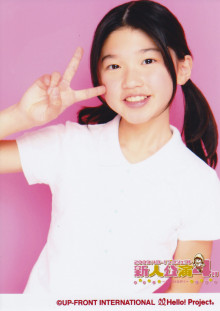 Fukuchan had already joined Morning Musume。 by the time Hamachan joined the Eggs, so they’ve only started talking relatively recently. That said, they have been talking a lot at Hello! Cons, mainly about Berryz Kobo’s Tsugunaga Momoko-san, whom they both adore.

Takechan: Feels like there’s something suspicious between the two of you…

Fukuchan: It’s something that’s often misunderstood by the fans. So I don’t want them to get worried. We don’t talk about those topics.

Having reassured us that their Momochi discussions are clean, Fukuchan comments about the time when Kobushi Factory covered Berryz Kobo’s ‘Ai no Dangan’. Fukuchan could tell that Hamachan had listened to it a lot, as Hamachan captured the nuances of the song, she managed to convey the passion of the song.

Takechan: That’s amazing. It really gives a sense of how much of HaroWota you guys are.

Fukuchan also remembers Hamachan being so happy finding out that her member colour was pink that she actually went out of the camera frame. Mizuki was glad that a fellow comrade-in-arms had also received the Momochi colour, even if her own pink is slightly deeper in colour.

Takechan: Well, roughly speaking, it’s all the same, it’s pink. I’m glad that the two of you got pink.

Fukuchan: What sort of conclusion is that? 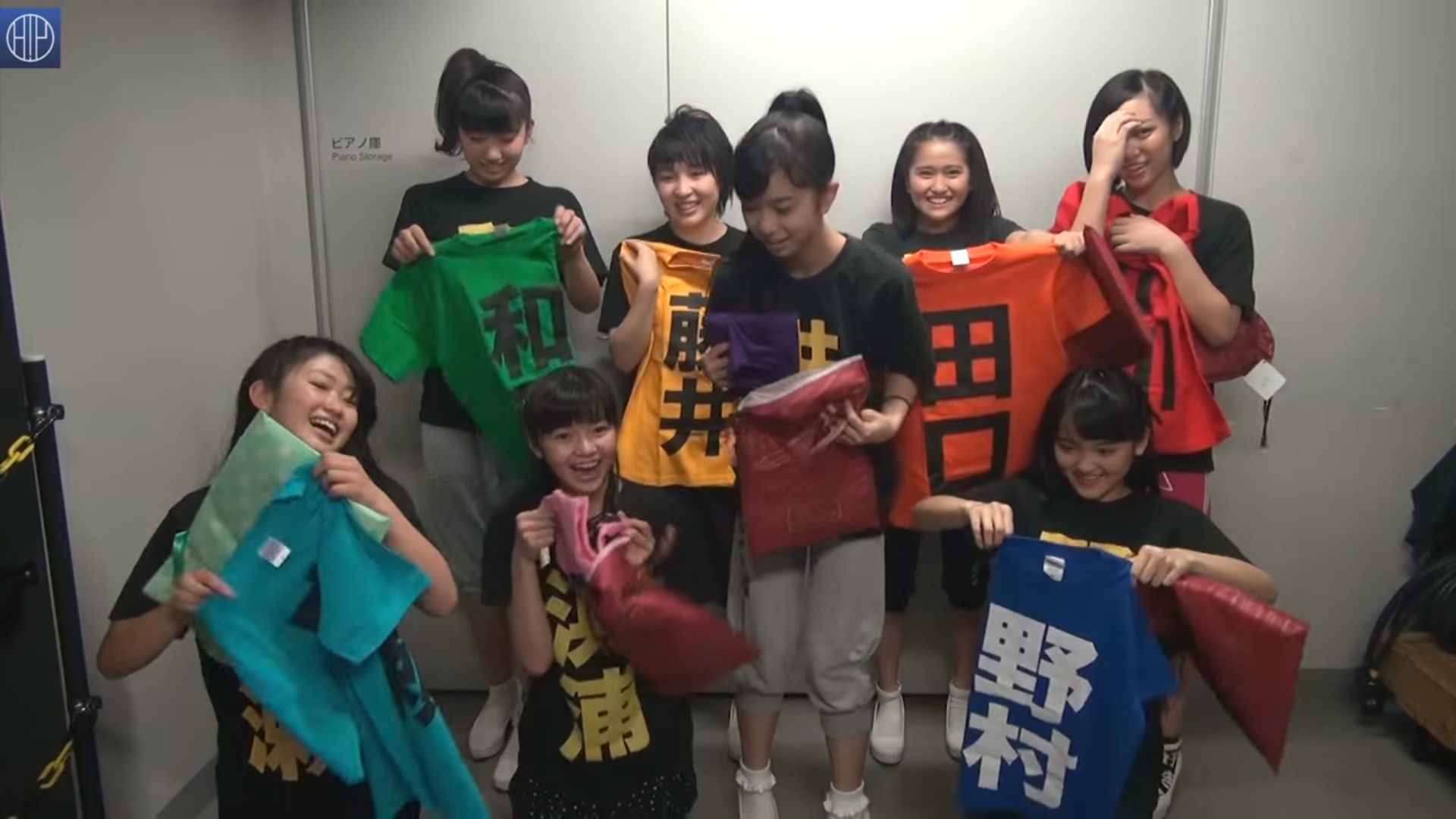 It’s autumn, the time of the year when the groups are touring around the nation individually. So they’ll be talking about souvenirs.

ANGERME’s tour is actually a summer-autumn tour, so they’ve already been to many places. One place that Takechan wants to talk about is their stop at Hokkaido. Usually they’d get bentos at livehouses, which would be cold by the time the girls get done with rehearsals. But at Hokkaido, they’d always eat out. This time around, they had ramen and sushi.

The sushi store wasn’t a conveyor sushi store, and the girls could pick what sort of fish they wanted as the topping. Takechan took the opportunity to order ootoro sushi, which uses the most select part of tuna – her very first time trying out ootoro. It melted in her mouth. Takechan had always thought that ‘melts in your mouth’ was an expression she’d only hear on the TV, and she didn’t think it really happened. But this ootoro actually did melt in her mouth. Takechan’s the type that leaves her favourite food until last, so when she got to the end and there was only a single ootoro sushi left, she took a picture and sent it to her mother, ‘I’m currently eating ootoro!‘ 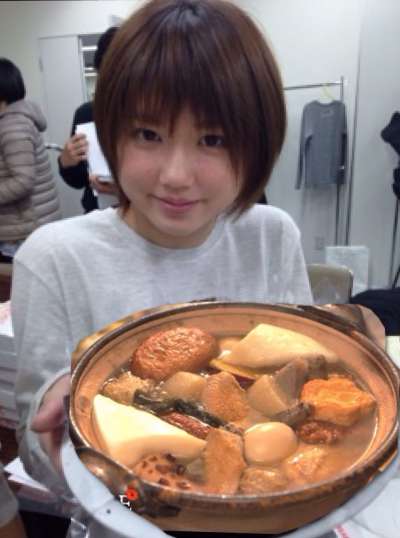 Talking about Hokkaido, what comes to mind for Fukuchan is soup curry. But they’ve strayed quite off topic, talking about food rather than the concerts. She does understand why though – one of the joys of travelling is seeing the differences in people who live in different prefectures, as well as the food.

Takechan: If you haven’t had the local speciality, the tour hasn’t started.

Fukuchan: Yeah. And you also want to buy some souvenirs, don’t you?

The ANGERME 3ki really get into buying souvenirs. The other six will normally split whatever gifts they receive, but the 3ki will go around, ending up with both hands carrying paper bags. And while most people would normally hold back and start sampling the souvenirs once they’d been brought home, AiAi would already open hers while they were on the Shinkansen. She’d offer them to Takechan, who would politely refuse, which would end up with a confused AiAi: ‘You’re… not going to eat any?’ Kind of forced to partake in it, Take would then ask for a bite, and be thanked by AiAi for it.

It turns out that Sato Masaki-chan is similar. Though in her case, it’d be things that she’d bought while waiting for the Shinkansen.

Takechan: Well, there’s usually one person like that in a group.

Fukuchan also had basashi for the first time at Kumamoto, and found it to be delicious. This sentiment was also shared by the rest of the Musume。Takechan likes the dish as well. 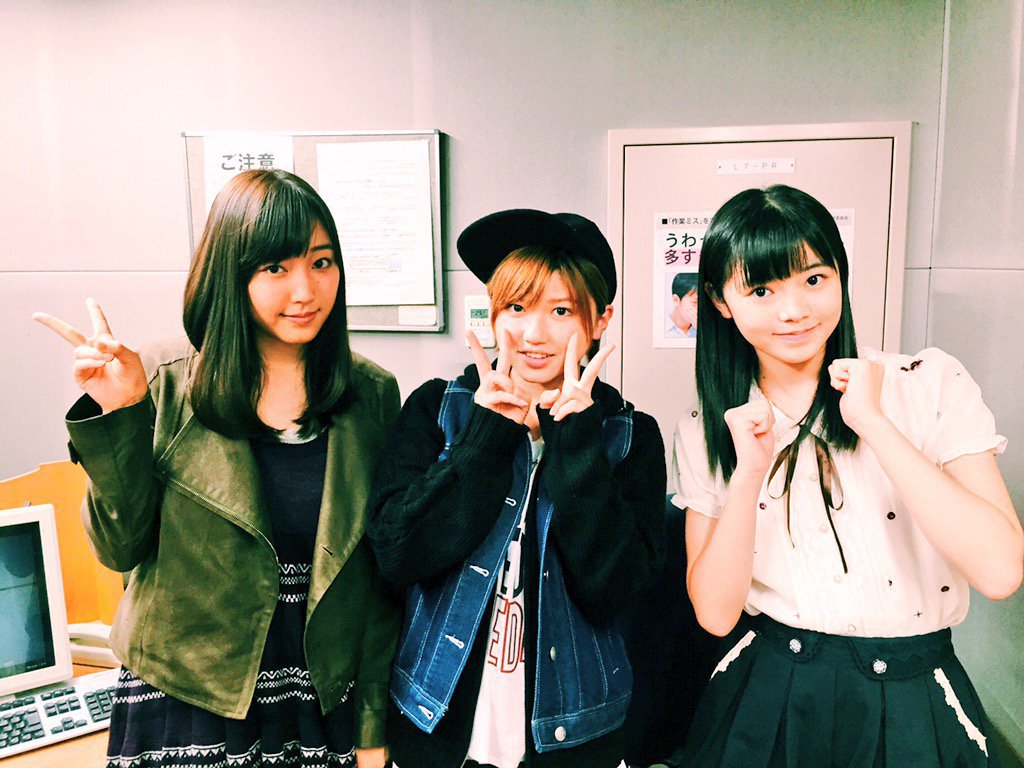 As they had been given ‘Ramen Daisuki Koizumi-san no Uta’, Kobushi Factory would go and have ramen for lunch when they were going around for events. In fact, both Hamachan and Inoue Rei-chan like nothing but ramen. The other two feel that Fujii would be a ramen lover as well, but Hamachan surprises them by revealing that RioRio likes fish – the others were sure she was more a beef person.

Whenever Fukuchan sees ramen, she immediately thinks about Kobushi. That’s how much impact the song has. And she likes to listen to all of Kobushi singing it – their voices are all powerful, and during the Hello! Cons, she felt like each member brought their own flavour to the song.

Heading on to Kobushi Factory’s first tour, does Hamachan have anything to say? Kobushi Factory is rich in personality, so Hamachan thinks that it would be nice if they could bring that uniqueness out with a bang. Even at events, they do skits for their MCs. This amazes the others, as skits are something that aren’t done by the Musume。 nor ANGERME. Takechan feels that ANGERME has to do more in order not to be beat, as ANGERME’s also a group that’s rich in personality.

Takechan: We have to do skits as well! We’ll all do it next time!

Fukuchan: You’ll be doing skits? Well, how about Morning as well, with the thirteen of us?

So what are their thoughts on today’s programme? For Takechan, this is her first time in this specific grouping – even at Hello! Cons, it’s rare for them to be in this exact combination of three people. It got pretty exciting, and she had fun.

Hamachan was also happy to be able to talk about Tsugunaga-san with Fukuchan (Fukuchan: ‘That was the highlight’ Takechan: ‘That was crazy, I couldn’t join in’), as well as talking about Saitama.