The 9th Generation members recently got together to talk about what they are planning on doing for the group now that they are the leading generation. Kanon points out that it had been a while since they all talked together, especially because Erina will go off and do her own thing a lot of time. Becoming the oldest generation happened very fast, they all think, especially for Mizuki, who has to take on the role of being the Leader. As a whole, the 9th generation wants to keep everyone’s power together and keep energy high within the group. Kanon goes on a small tangent about the other two 9th generation members; Erina will continue to be the one who’s laughing no matter the situation, she thinks, although Kanon urges Erina to understand that its ok to cry sometimes. Kanon seems a bit concerned for Erina; her opinion is that Erina will continue to have a laughing relationship with others, which isn’t necessarily a bad thing. Riho, being the center deals with her every action and performance being watched, therefore the pressure must continue to be very high for her. Riho works extremely hard to perfect her performances, but, Kanon says Riho has grown to become a lot more soft and playful. During those times of playfulness Riho makes the best faces, for the other members and for the fans. Kanon professes her love for all three of the other 9th generation members and has confidence that together they will work together to make the best Morning Musume in 2015. 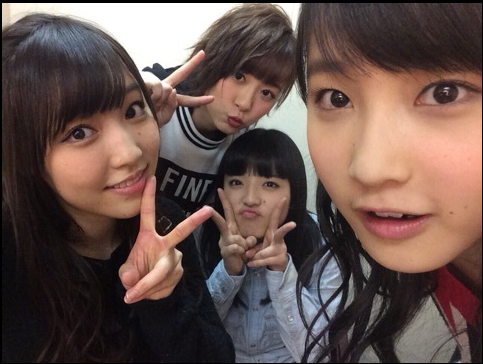 Message #1: Konbanwa! I was wondering what I should shorten the radio show’s name to. Ishikawa Rika’s “Chanchaka Charmy” became “Chan Charmy” and Michishige Sayumi’s “Konya mo usa-chan peace” became “Kon usa-pi”. “Kanon Smile” seems like an easy decision to shorten it to. What do you think? (note: in Japan its common to shorten the words by combining them. For example: “pasocon” means “personal computer”)

Kanon says her manager has been calling it “Kanon Smile”, although isn’t sure if that is sufficient. Changing the subject slightly, she notes that what the staff and members and the fans will shorten song titles, although what the staff and what fans choose to shorten the songs to are quite different. The staff and members shorten “Kono Chikyuu no Heiwa wo honki de negatterun da yo!” to just “Kono Chikyuu”. So, they’ll say, “Lets start the Kono Chikyuu rehearsal,” however fans seem to shorten the song title even more to the incredible “Chi hei hon ga”. Fans seem to do this with a lot of songs. Although, the members themselves don’t shorten a lot of the songs so when fans first say the shortened version to her she doesn’t know what it means. Therefore, even if Kanon were to make up a shortened version of her radio show title she thinks the fans would come up with something different, although she does say that “Kano Suma” sounds pretty cute.

Message #2: Konbasumairu! They have not been around for a while, but what do you think is the most surprising thing from the 12th generation members?

Regarding Ogata Haruna, her first impression was that she has a warm, healing character. Now, Kanon seems to have the same impression, but asserts that Haruna is SUPER cute. Also, Kanon and Haruna are in the same year in high school, and while Kanon hasn’t talked to her about it yet, she thinks that they could bond well over it.

Nonaka Miki is the type that really listens to her teachers. She had no problem from the start and is extremely respectful and observant. Kanon reminisces that when she first joined she would only half listen to the teachers until realizing that its better to fully listen, but Miki does it already, which Kanon admires.

Like Haruna, Makino Maria comes off as being warm, but also, extremely reliable. Kanon attributes this to Maria being with Hello! Project for the longest out of the 12th Genernation. She is also extremely thankful and will always thank Kanon no matter what. Upon recalling this, she affirms that Maria is definitely a warm girl because of her earnest behavior. Kanon confesses that she thought it would be problematic to have another girl from Aichi, however, because Maria is so grateful and thankful, she has changed her mind about it maybe being a problem.

Haga Akane also has a warm but airy feeling to her. Upon first impression, Kanon thought she was the type that would completely devote herself to joining the a group. Later on, Kanon has come to the conclusion that Akane is the type to be able to talk truly about her self, despite being so young (or maybe its because of it). Kanon thinks it would be easy to talk her about whatever during MC’s. 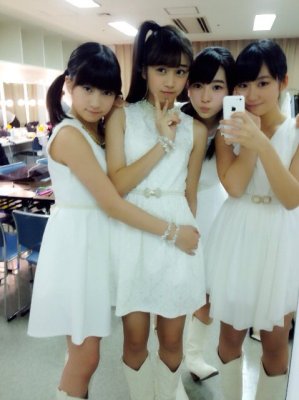 Message #3: It would be great if Kanon could do a fruit impression, but it would be of no use on a radio show. Therefore, are there any other impressions you can do well? Can you imitate anyone?

Despite not being good at mimicking other people, Kanon says she can imitate one person: Kanazawa Tomoko. She chooses to show her ability by imitating her voice in “Ijiwaru Shinaide Dakishimete yo” during her “I’m a Rose Quartz” line. After imitating her, she explains there is a certain way Tomoko says “Quartz”, probably. Theres a tiny awkward silence which Kanon breaks by laughing that they should move on to the next message.

Message #4: Otsukanon! I think you’re pretty good at tongue twisters (Kanon: thats a lie!) and it would be great to show some off here on the show. If you fail, you have to say “Yurushite Nyan”.

Kanon gets embarrassed; she likes tongue twisters but doesn’t think its her specialty or anything. She realizes she hasn’t tried any on the show yet so she decides to try “Bouzu ga byoubu ni bouzu no e wo zyouzuni kaita” or “The monk drew a picture of a monk quite ingeniously”. Upon first try, Kanon succeeds! Therefore, Kanon didn’t have to perform the penalty.

Message #5: Konbanwa! Has Riho given you any advice on doing radio shows by yourself (since she had her own for a while until just recently). Do the other members listen to your show? If so, what do they think of it?

“No one has said anything and it is sad”, Kanon whispers. She saw on Riho’s blog that she commented about giving Kanon advice, but she hasn’t received any yet. The broadcast is in a strange area (its broadcasted out of Nagoya, Aichi), so she understands not catching the show at the time of broadcast, but its not like they couldn’t download it. She doesn’t know how to put it exactly, but Kanon really wants her show to come off so appealing that Riho and the others would have to listen. She’d like it if fans or Riho’s family would say things like “Kanon’s radio show is really great, you should listen to it, Riho,” so she would naturally become a listener. Kanon concludes that its okay that they haven’t listened to it yet but hopes that everyone will eventually.

Message #6: Konbankanon! What member would pick if you were on a deserted island?

She instantly picks Haruka. Kanon explains that she goes out to eat with Haruka and they end up talking for hours without paying attention to the time. She also thinks Haruka is responsible and could keep things together. Like in a movie, Haruka would share her “Survival Spirit” and help each other survive. Although, Kanon thinks she could probably survive by herself and support herself on a strong spirit. If not Haruka, Kanon would pick Sakura. While Kanon doesn’t have a good reason for it, she thinks the atmosphere when they do things together is interesting. They would give each other motivation to survive, Kanon thinks. But overall, she mostly would pick Sakura as her second choice because it would be the most interesting person to be stranded with. 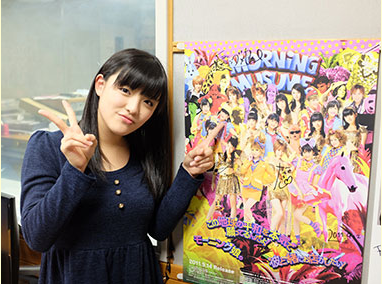