November is the season of school festivals, and while Kumai-san regrets not being able to attend nearly any of the ones were held during her high school days, she’s happy that nowadays Berryz gets invited to perform at these festivals quite often. This lets them meet more people who don’t usually come to their concerts: at the latest such performance they did, there were what Kumai-san guesses were just these little kids from the nearby neighborhood. She waved to one of them, but they got embarrassed and instantly looked away. Kumai-san thought this was really cute.

We’re a couple of days away from the release of Berryz Koubou’s final single, so Chii asks Kumai-chan what she thinks are the highlights fans should pay special attention to on these songs. To start off, Kumai-san thinks “Romance wo Katatte” isn’t very Berryz-like — in a good way. To her it feels more like the type of song they usually get as B-sides or album songs, and it’s almost like the cute songs always went to S/mileage or °C-ute instead. The music video, too, shows them in more natural makeup than usual. So Kumai-san recommends checking out the music video, too: you’ll be able to see a more fresh Berryz Koubou.

Chii was surprised to learn what the title of the song. Coming right after the more intense song titles like “1oku 3zenman Sou Diet Oukoku” and “Futsuu, Idol 1nen Yatterannai Desho!?”, she was sure the next one was going to be something equally as crazy. Still, she’s happy they got to show a new side of themselves on their very last single.

As for “Towa no Uta,” Chii points out that in its music video they got to wear checkered outfits, just like they did in their debut single. Above all, though, the two think the lyrics are amazing, and Chii found herself becoming a bit sad during the shoot when she realized it was going to be their last music video. 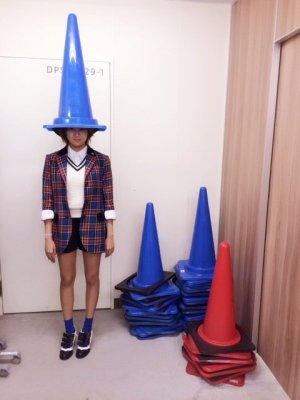 The shoot wasn’t completely incident-free, though. They had all sorts of different types of high-quality juice prepared for them in the catering area, and Chii, Momo and Miya grabbed the peach juice. But before they’d even noticed it, they’d drank every last drop of it. Right after that Miya happened to hear Maasa gloomily saying “Oh… there’s no more peach juice…“

This made the three of them slightly panic, and it was actually the first time since they were kids that they felt this serious about a food-related issue within the group. They used to fight over little things like one of them having eaten something all by herself and such, but that was years and years ago. And yet, on their very last single together, they were feeling something similar to that again.

However, unlike when they were kids when they would pretend like they had no clue what had happened to the peach juice, now as adults the three instead went straight to Maasa and promptly apologized for their lack of thoughtfulness. But although Maasa said it was fine, you could hear in her voice that it really wasn’t: she had really wanted some of that peach juice.

Incidentally, Chii plans to give Maasa about ten packs of peach juice for her next birthday.

Chii talks about some of their recent Naruchika adventures. When Berryz was in Kyoto for their performance there, the whole group got to visit a couple of temples together: 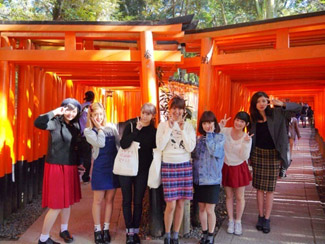 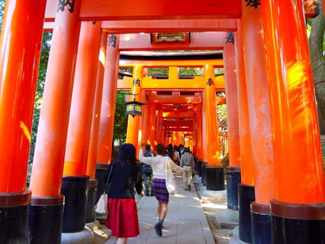 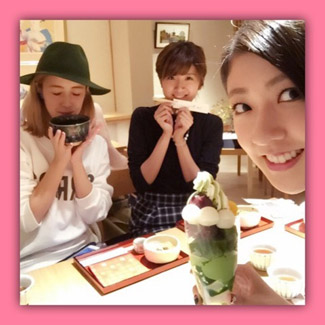 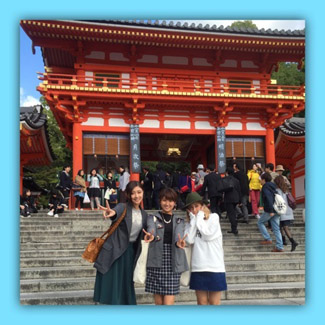 Momo didn’t have her Momochi musubi set up that day, and yet, when a group of students walked past them, they immediately noticed her and started whispering to each other “Look, it’s Momochi!” For a while they actually doubted whether she was actually the real thing — they figured she might’ve been just a lookalike. Still, this made Chii think about how amazing the TV is for making Momochi that recognizable.

But the thing that bothered her was those same students also saying “Look, Momochi is with friends! She actually has friends!” This ticked Chii off a little, and she felt like saying “We’re not her friends! We’re members of Berryz Koubou, too!“ 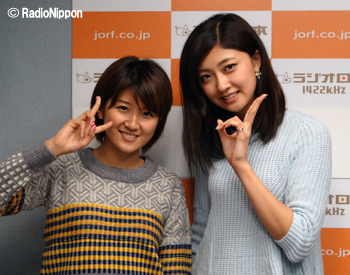