Momoko comments that November 15th is Shichi-Go-San, a traditional festival day in Japan for children aged 3, 5, and 7. For the girls, it was something that last happened way in the past, when they were 7 years old. That would have been 13 years ago for Airi and 15 years ago for the others. While Momoko can’t remember hers, Airi remembers hers pretty well. Miyabi, however, seems to be trying  to recall something:

Miyabi likes those so much that she eats them even out of Shichi-Go-San festivities – though she still can’t remember the name. 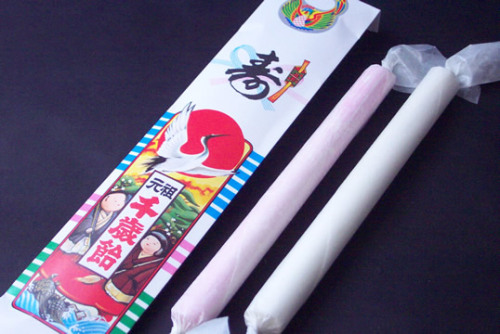 Girls celebrate Shichi-Go-San at ages three and seven. According to Airi, she was still cute when she was three. Asked to explain, she mentions that in the photos taken of her when she was 3, she was dressed up and adorable. But she wore a kimono when she turned 7, and she looked really ugly in her photos from that time. At the time,  her brother was also celebrating as a 5-year old, and her brother looked super cute in the photos they took together. She remembers everyone fawning over her brother’s cuteness. It bewildered her a bit until she saw the photo.

Momoko would like to see their photos from that time, someday. Miyabi says that she was pretty round when she was small. You probably wouldn’t recognise her. She was like a balloon. Balloon Natsuyaki. 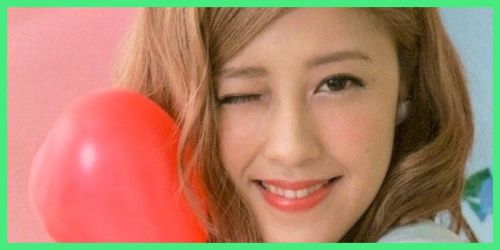 Discussion topic: Techniques that guys can use in this Christmas season to make a girl’s heart skip a beat

Momoko notes that Kabe don is getting popular. Kabe don is the act of using your hand to entrap a girl against a wall. Supposedly, this excites the entrapped girl. 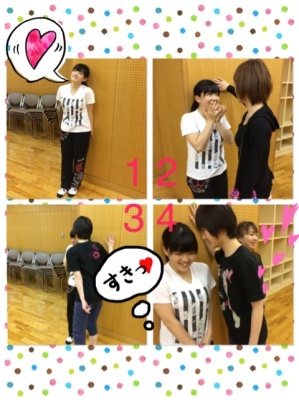 Performing a kabe don – a lesson by Duu-sensei

What’s more, Momoko mentions that she heard about a kabe don cafe getting really popular through the news. The other two seem horrified at the prospects of such a cafe. Momoko tries to explain.

Momoko: At a normal cafe, they’d entertain you by welcoming you. But at that store, it seems that you’ll be given a kabe don.
Airi: That’s sexual harassment.

Momoko explains that the kabe don is performed by a robot doll made to look human, and you can pick from several scenarios. The others find this even scarier. Miyabi’s looked up photos, which only serve to freak Airi and Miyabi out even more. Miyabi thinks that it might be something that appeals to those who immerse themselves in the 2-D world of anime and manga, it probably gives them satisfaction. But to her, who’s not familiar at all with that world, it seems closer to horror.

Momoko notes that the cafe itself was popular, and Airi wonders what the world is coming to when people think that doing kabe dons as an enjoyable pastime. Miyabi’s still looking it up, and is surprised at the title of the campaign – ‘Enchanting kabe don cafe’. The ‘enchanting’ part has her stunned. The campaign itself had ended its limited-time period, but it looked like people were demanding for it to happen again.

Airi brings up that there seem to be a lot of girls who like getting patted on the head. But if it isn’t done by someone you’re interested in:

Airi: If someone you don’t like pats your head, you’d be in a huff.
Miyabi: Like, why are you just suddenly touching my hair?

Miyabi thinks that girls can change their likes on a whim, depending on the other party’s looks. In that case, anything goes, regardless of  their behaviour. In the end it comes down to how the girl feels, rather than the efforts of the guy.

Airi: If a guy you don’t like does a kabe don on you, that’d be like a scene from a horror movie
Miyabi: *Screams* It’d be quite the incident. Don’t kabe don.

The girls agree that you shouldn’t overdo it. Summing up, Momoko notes that the Christmas season is when it’s the easiest to start a relationship, thanks to the abundance of events. So if there’s a good mood going, yet there’s still a sense of distance, the guy could perform a kabe don, or touch her by patting her on the head. Miyabi interjects that no, touching would be a no go. If the love hasn’t borne fruit, pull back. 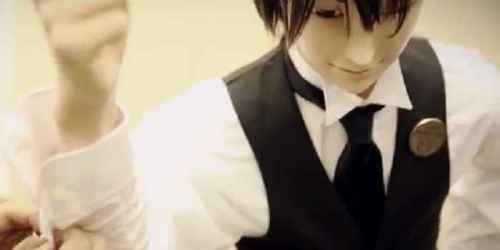 This week’s voice note comes from a 36 year old guy. He’s getting married to his girlfriend of 7 years, who he’s been in a long-distance relationship with. With this happy union comes a sad parting – he’ll have to send his figures and plastic models back to his parent’s home. Since his parents are opposed to this hobby of his, they might throw his treasures away. ‘Although I should be satisfied with getting my girlfriend’s hand in marriage‘.

Momoko wonders why he doesn’t just bring his treasures to his new home, and has to send them back. Airi suggests that perhaps he’d been hiding it from his girlfriend, since they had been in a long distance relationship.

Airi then comes up with a solution – let the parents watch Toy Story. After watching that movie, they’d be hesitant to get rid of the toys. They might even treasure them. Momoko’s a bit surprised that they’ve come up with a solution so quickly, can they let the programme end just like that?

Miyabi and Airi start explaining the plot to Momoko – there are toys that talk with one another. Woody (doll) is treasured by Andy (human), then Buzz (doll) comes into the picture. Woody, Buzz, and Andy end up forming emotional bonds with one another. Andy’s been keeping his toys from kindergarten until university, and now that he’s moving out to live on his own, will he get rid of his toys? Their explanation has got Momoko interested in the story.

Based on the story, if the listener sent his figures and plastic models back home and his parents threw them away, they’d somehow find their way back. And even if they were to get thrown away, they should be thrown all together rather than separately, since they’re friends. Momoko’s got it now.

Miyabi: Since the toys talk amongst themselves at night.
Momoko: But that’s in the world of Toy Story, right?

But if the listener feels that his parents would throw them away, and he thinks he should get rid of them himself, then he should probably give them to the kids around the neighbourhood, telling them to treasure the toys. Then the figures would be calm, and they  could part.

Summing up, if the listener is still worrying, watch Toy Story, then think about what to do with his plastic models and such. Miyabi stresses that it would be best to start off by watching it once.

Momoko: I don’t really have any idea what it’s about, but please do that. 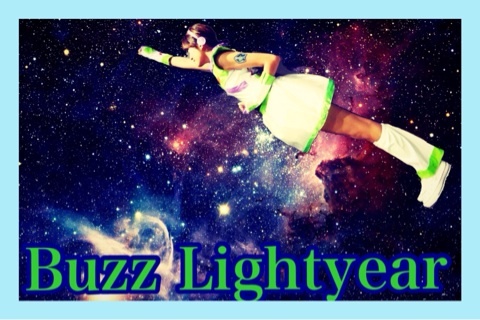 Chinami should have brought Momoko to infinity and beyond