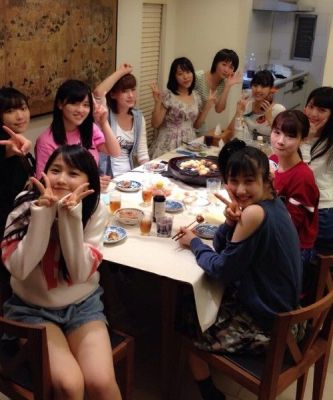 Fan mail #1: The listener really likes “Shabadabadoo” and says that it’s clear Tsunku knows Sayu well, having been able to write those lyrics. There is one part in them, however, that the listener thinks might be a bit different from how Sayu actually feels, and that’s the bit about wanting to remain an “eternal 18-year-old.” He asks what Sayu thinks about that part specifically.

In the past, Sayu used to constantly say that she was at her peak at 17 or 18 years of age, and she figures this image of her saying so must’ve left an impression on Tsunku. But the 25-year-old Sayu of today has come to think that she must always think of herself as being at her peak “right now” — if she didn’t, it wouldn’t be fair neither to herself or her fans that continue to support her. So while she does feel jealous of her youthful, 17-year-old self from time to time, she likes herself more now than ever.

Still, the lyrics made Sayu realize how amazing Tsunku is. Sayu says that she’s never actually spoken that much with him. She does get the chance to do so every now and then when he comes to their concerts or rehearsals or when they’re discussing something in email, but there are some members who are in constant communication with him, and some members who aren’t — she thinks she’s probably in the latter group.

While some members such as Harunan and Reina exchange emails with him much more often than Sayu, she nevertheless feels like Tsunku knows her extremely well having been able to write those lyrics. For example, the line about her having been sleepy: she didn’t intend to show that to anyone, but Tsunku noticed it anyhow. Sayu says she really felt Tsunku’s love through the lyrics, and she’s very happy that in them he allowed Sayu to say the most important thing she wants to convey: that the time she got to spend together with the fans is something she’s going to treasure forever. 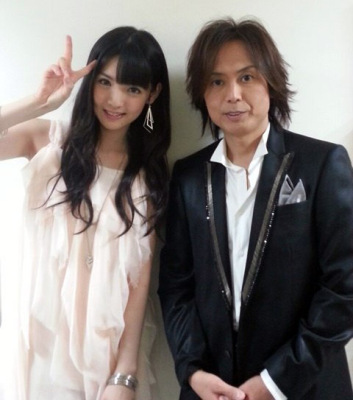 Fan mail #2: The listener notes that the second round of Kagome vegetable juices featuring the group on the packaging has been released, as has the smartphone app in which your objective is to wake up the members. The listener asks if the real-life-Sayu has difficulty getting up in the morning, and asks who the most difficult member to wake up is.

Sayu says she’s a lot better at waking up these days than she used to. She hated school and especially the commute to school, so sometimes she’d oversleep and generally be slow about getting ready on purpose just so her mom would drive her there to avoid being late. And since her school was so far away that she’d always ride her bicycle there, her mom would obviously also have to pick Sayu up again when school ended. Days like that made Sayu very happy.

Sayu doesn’t know much about the members’ sleeping habits, but she does have a related episode to tell from their recent trip to New York. All the members were so sleepy and jet-lagged, five or six of them were sleeping even at the restaurant while waiting for their meals. Girls like Ishida and Sayashi were among the sleeping members who woke up immediately after food arrived under their noses.

The members that wouldn’t get up no matter what, though, were Sato and Oda. But while Sato mumbled that she didn’t want to eat anything and just fell asleep again, Oda was in such a deep state of sleep that she didn’t even flinch when the members repeatedly called her name and did things like clapped their hands near her ears. They even took pictures with sleeping Oda, but it’s fair to assume they were so bad that they failed in getting Oda’s consent to publish them. 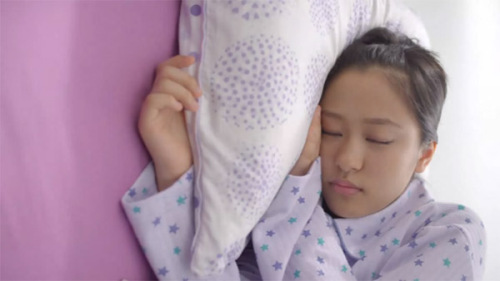 Fan mail #3: The listener mentions a recent incident that happened at Tokiwa Park, located in Sayu’s hometown of Yamaguchi. They were moving a white-handed gibbon there over to a new area but it managed to escape, creating a citywide gibbon-hunt that was covered on local TV. The listener asks which of the animals kept at Tokiwa Park have left the biggest impression on Sayu.

Sayu says Tokiwa Park has so many animals that it’s almost like a zoo. There are especially lots of different types of monkeys, but unfortunately they weren’t there at the time Sayu’s bus tour visited the location.

Back in elementary school, Sayu visited the park with her school and everyone had to draw something that could be found there. Sayu decided to draw a flamingo, but she quickly found that flamingos are super difficult to draw well and she failed miserably. Giving this Tokiwa Park drawing assignment to kids is something every elementary school in Yamaguchi does, so when her big sister visited there earlier, she just chose to draw the simplest possible thing she could find, which was a sculpture of a cross. But unlike Sayu’s flamingo, her sister actually received an award for her drawing.

So more than any of the animals at Tokiwa Park, it’s her sister winning that prize that left the biggest impression on Sayu. 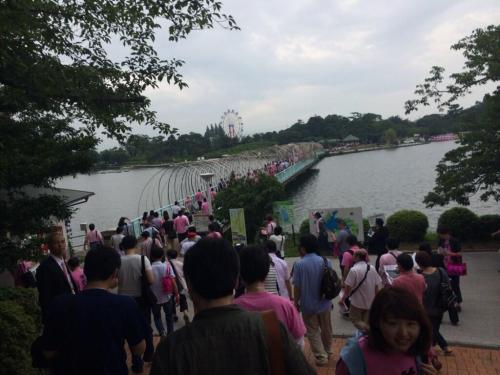 Konshuu no Oneechan
Listeners suggest things Sayu’s big sister might do;
Sayu rates them by how likely they are to happen

Scenario #2: “Sayu’s big sister, wanting to know what everyone thought about the manga she drew with her sister that was published in Sayu’s personal book, demanding that Sayu ask the fans at handshake events their opinion on it.”
Oneechan rating: ★★★★★

Sayu says that while her big sister hasn’t quite demanded that Sayu do this, she is very curious about everyone’s opinions on it. Sayu asks fans to write their opinions on it on her blog as her sister is sure to read them.

Scenario #3: “Sayu’s big sister, in a sudden comment about something she sees when watching a documentary on TV, saying “real life isn’t that easy!””
Oneechan rating: ★☆☆☆☆

Sayu doesn’t see her sister saying this: she herself is very naive about life.

While she could’ve done this when she was younger — Sayu often saw her sister repeatedly banging her head on the wall — she doesn’t think she’d do something like this anymore. “Maybe she’s gotten a bit more normal,” Sayu offers. She adds that since she’s gotten to know the existence of “Sato Masaki,” people like her big sister or Kamei Eri don’t seem nearly as strange to her anymore.

Scenario #5: “Sayu’s big sister, being warned about her Japanese towards her superiors at work being too informal, responding by starting to use her original brand of honorific Japanese that makes no sense.”
Oneechan rating: ★☆☆☆☆

Sayu, laughing, says the listeners weren’t very on point about her big sister this time. 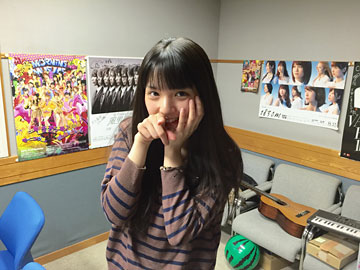 Listener requested pose: “Threatening with mischief if not given candy”