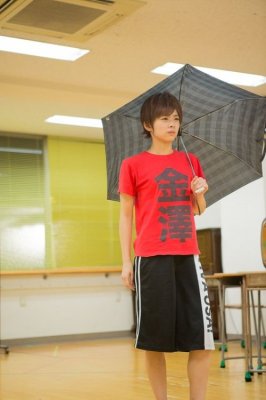 Sayubee reads a letter from Kazukun, who wants to know if they have any particular memories from their time in the Kenshuusei program with the new Morning Musume and S/mileage members. Tomo is still reeling from all the announcements lately, and says that she’s having a hard time referring to the new members as her kouhai and considers them more as generation-mates instead. During her brief time as a trainee she was put into a unit with Makino Maria, so she is probably closest with her and is going to pay the most attention to her. She says Maria is very funny and the most interesting part about her is that she doesn’t put on much of a character; she’s the same person on stage as she is in the dressing room. Sayubee really, really likes Haga Akane. She’s super cute and that’s what she likes about her. In any case, Juice=Juice will work hard to stay as fresh as these new members.

Tomo: I hope we can all get along, us and the new members.
Sayubee: Do your best.
Tomo: What do you mean, do my best? Are you not going to try, too? 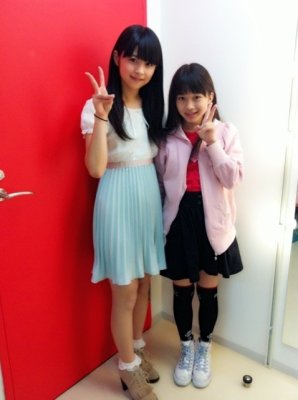 Maria has grown slightly since this

At an event recently, it struck Tomo by how many female fans there were in the audience. It made her really happy, but then, at a completely different show, the same thing happened, and it made Tomoko feel like she had met her destiny. She had been a normal, unassuming girl until her 2nd year of high school, when she entered a karaoke contest for Berikyuu, which resulted in her being recruited for H!P. She mentions the upcoming H!P Kids Dance Contest and wonders if one of the participants will meet their destiny through this event like she did. She’s excited to see what comes from it. 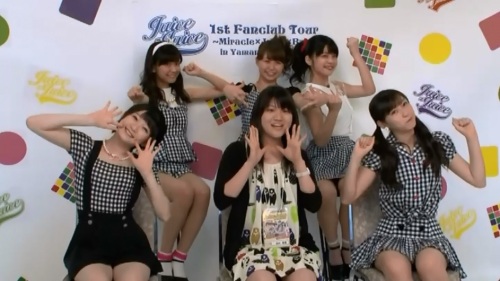 Sayubee, that is not the pose this lady fan requested

Sayubee says that she realizes how old Tomo is now, which insults Tomo, who is still younger than Yuka. Sayubee knows this but didn’t realize just how old Tomo was when she first joined. Tomo is slightly insulted as she continues on, saying how she’s been a lot more aware of destiny and fate these days as a result, like that she wouldn’t even be sitting here and talking with Sayubee had it not been for that karaoke contest.

Cough is short for cough switch, which is a tool that most radio personalities use on their own to turn off their microphone whenever they play music or whenever they need to cough, as the name might imply. Up until today none of the Juice=Juice members have had control over this switch and have relied upon the studio engineers to do it for them, but Tomo took the initiative to use it herself and is now the only Juice=Juice member on the radio show controlling her own mic. Good for her.