“Looking forward to it”

Today’s opening line comes to us from Sayubee, who really likes the drama Dear Sister and is looking forward to it. Tomo asks if this is a weekly thing, Sayubee says yes, and Tomo asks her if she’s really that excited for it every week. She is, but she confirms that she’s something of a drama fiend, and Tomo says that Yuka and Sayubee are the two always watching different dramas. Tomo gives a very insincere promise to try and watch one sometime.

They move on to talking about fall, since it’s the end of October. Tomo says that fall always makes her hungrier since the food is more tasty and she has been eating ramen regularly since the start of the season. Sayubee, on the other hand, hasn’t eaten any fall foods yet. She should get on it. Tomo says that another good fall thing to do is to snuggle with your pets. Tomo has her old cat Noontoon, but now she also has a hamster. She got interested in getting hamster when she went to a friend’s house and they had one, but then she found a reason to get one of her own:

Tomo: I went into a pet shop and they had hamsters and it was a sign.
Sayubee: They always have hamsters in pet stores, though.
Tomo: It was fate. 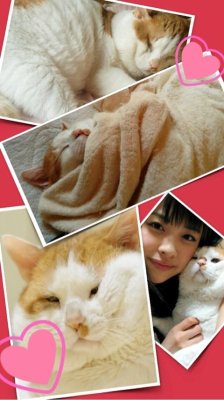 This letter comes from Sannoue. They went to a Juice=Juice show recently and surprised by how much the show felt like a festival or an athletic meet. They want to know if the Juice=Juice members have any particular memories from their own school athletic meets or field days. They sign off with Sayubee’s signature LOVE HAPPY but also add an lol at the end, to which Sayubee remarks, “What are they laughing at?” Tomo says that she really hates doing a lot sports for the most part, especially when they’re held outside because she hates running and throwing balls around and things like that. Granted, she only hates those things because she’s bad at them, but that’s neither here nor there. She much prefers to do floor gymnastics like tumbling inside. In general, however, she has a positive opinion of athletic meets, but mostly only the ones that are held inside the gymnasium during the winter. Sayubee asks if she did actually do a somersault or not, and Tomo assures us that she did do them. Sayubee has been a captain before and got some records in different events, so she likes athletic events, as well. 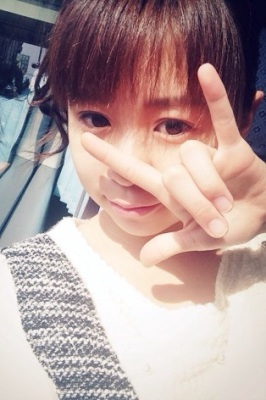 Tomo brings up LOVE HAPPY again, and Sayubee announces that she has decided upon a pose to do along with the phrase. She tells everyone that she posted a picture on her blog so we should all definitely check that, but she attempts to describe it on the radio anyway. What it is, essentially, is the American Sign Language sign for ‘love,’ but these two don’t know that. Tomo describes it as kind of like a kitsune sign, but different, and Sayubee says it’s like the sign you see people make on t-shirts and stuff to say love. Sayubee thought it looked good and is now going to take it for her own to mean LOVE HAPPY. 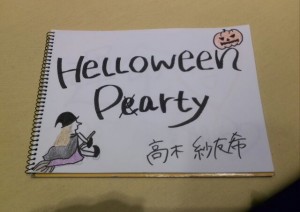 Sayubee has a sister in her first year of middle school, and she is too cool for Sayubee. One day, after she got home from work and her sister got home from school, she went to hug her, and her sister told her not to. She never sees her sister smile anymore, either. The only time she sees her smile is when she watches her Sandaime J-Soul Brothers DVDs. She likes seeing her smile, so maybe they can have a Halloween Party together while watching Sandaime J-Soul Brothers DVDs.

“That was a sad one,” Tomo comments. 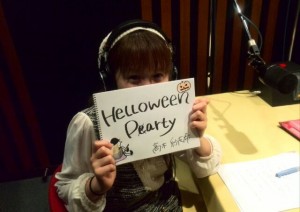