Karin introduces the show with the word socks because she really likes 5-toed socks. However, she wore her own pairs a little too much and they got holes in them, and so she’s been wearing her other socks more and more so that her intact socks can stay that way. She originally wrote the opening word as “5-toed socks,” but since she hasn’t worn them in a while and isn’t wearing them today, she felt like she just had to say “socks” in general instead. This topic, however, has made her want to start wearing 5-toed socks again because she loves them so much. Yuka isn’t so sure about this because of the holes, but she has noticed that Karin seems a little more sure of herself when she wears them, so maybe she should go back to representing the 5-toed socks.

Toe socks give me the willies, actually.

As Autumn is coming into full swing, Karin has also taken a liking to looking up at the sky in the evening. She mentions that Orion has come into view at night now, and that if you look up at the stars every night you’ll start to notice a different in them, “Like, ah, that star was brighter last night than it was tonight.” She also really enjoys the feeling of looking up at something so much bigger than herself that makes her feel small and like a child, it’s very comforting. Yuka realizes that she hasn’t looked up at the night sky in a while, and even though she used to look at it on her way home or before she went inside, she usually just goes straight home and in the house now. She’ll make sure to look tonight, though. Yuka’s favorite thing about fall is that her favorite kinds of ice cream come out with fall flavors. One of her favorites is Haagen-Dazs’ new blueberry cheesecake flavor. Even just the name sounds tasty. Karin isn’t so sure, though, because it has “cheese” in it and she much prefers the taste of vanilla to the taste of cheese, so she usually ends up getting vanilla if she ever gets Haagen-Dazs.

The first letter comes from Yutatomo. They want to know if any of the Juice=Juice members go to karaoke by themselves. Karin has actually gone by herself recently. She sang a lot of Matsuda Seiko songs as well as Juice=Juice songs, but singing by herself tires her out, so when she wants a break she just chooses some H!P songs that have the music video attached and watches the music videos without singing. Yuka has never been to karaoke by herself. She hasn’t even been with other people that often. She did, however, go with Sayubee recently, but it was strange for her because out of all the songs they did, the only ones she really knew were the Juice=Juice songs and couldn’t sing anything else. When she got her turn to pick, she usually picked pop songs from a long time ago when she was little or a Green Fields song, since she knows those pretty well. She said it was odd, though, that she got so nervous when she had to sing by herself even though it was only karaoke and Sayubee was the only one with her. Karin says that this is normal and that even she, the ever-confident Miyamoto Karin, gets nervous every time she has to sing. “Well, except for the songs I’m really confident in.” They both mention that KanaTomo really likes karaoke and goes a lot, but Uemu hates it and never goes so they haven’t gone together as a group before. Maybe after this they’ll try to get all 5 members to go.

Yuka: Oh… wait, there aren’t enough microphones. We can’t sing our own parts, then, can we?
Karin: Not for Romance no Tochuu, but for most of the others we can just pass the mics around.
Yuka: Can we do that? We can pass them? Okay, then let’s go! 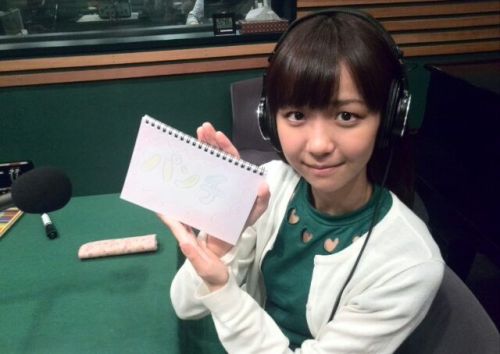 Earlier Yuka had some free time between jobs, about 40 minutes, and she didn’t know what to do. She got off at the station she needed to be at and decided to walk around. She saw a 100 Yen store and realized she hadn’t been in one in some time, so she decided to look. She was shocked at all the cute things they had and how high the quality was. She had a lot of fun looking in the kitchen goods section in particular. Something that caught her eye was a tool for creating decorative lunch boxes, a seaweed hole punch that punched out different shapes in the seaweed, like faces or hearts. It was so much fun and she wants to go again and see what other treasures she can find, like scissors of various sizes. She’s happy she realized how much fun 100 Yen shops can be.

After she finishes the blog she has a mild panic attack when she realizes that she bought one of the punches but has no idea when she’ll actually use it.

Yuka: I showed it to the other members after I bought it, and they asked, “Do you really need that?” and now I’m worried if I’ll ever use it…
Karin: A seaweed punch? What kind is it? A face?
Yuka: Yeah, it’s a face to put on rice and such…
Karin: Then why don’t you just try making a lunch box and using it?
Yuka: Oh, yeah, I guess that would work.

They thank all of the people who sent in letters to them this week (including one person who sent like 3) and do rock-paper-scissors to decide who gets to close the show. Yuka wins.

Yuka loves ice cream, like, a lot. So it should come to no surprise that now that all of her favorite ice creams are hosting fall flavors for the season, she’s tempted to gorge herself on ice cream, but she is taking “moderation” to heart when it comes to ice cream. The author of the blog doesn’t think that this ending statement needed much explanation, and I’m inclined to agree. 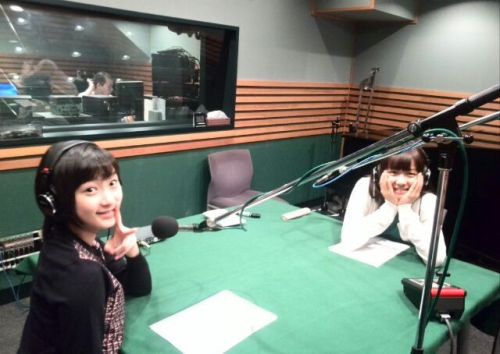