Momoko announces that September 27th is female driver’s day, commemorating the day that a driving licence was first conferred to a woman. Airi’s amazed that even these sorts of incidents get commemorated.

Looking for a topic, Momoko suggests they discuss good driving music. Miyabi notes that a lot of Buono!’s music fits that bill. On the topic of driving, Miyabi suggests that if or when one of them gets a driving licence, the three of them should go around to places like Asakusa or Shounan for food-tasting trips.

Momoko then turns around her original suggestion on its head and asks about songs that shouldn’t be listened to while driving – like relaxing music that could make you fall asleep. She even saw a video on YouTube warning the viewer not to listen to the audio while driving. Airi, notorious for easily falling asleep, remarks that she probably shouldn’t listen to those kind of things at all.

Momoko: But recently I’ve been listening to such sounds when I fall asleep. Listening to sounds that cleanse the soul, like the crash of waves. That’s how I’ve been falling asleep recently.

Airi: Eh~ Such a blissful person.

Coming back to the topic, Momoko says that if they can’t listen to such relaxing sounds, then they should listen to Buono! Airi points out that ‘Take It Easy’ goes well with the summer. The others agree, with Miyabi detailing the set-up – windows down, the wind blowing past. They recommend it as a summer song, even though it’s already autumn. 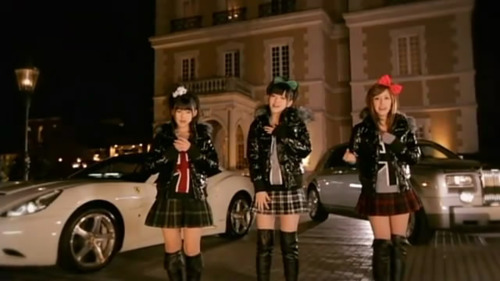 Discussion topic: If your schedules for tomorrow suddenly cleared up, where would the three of you go?

Momoko is already going ‘uhm‘ and ‘ah‘. She mentions that she recently went for motsunabe together with someone close by (Airi: Is that so? Miyabi: I didn’t hear anything about that) . And apparently, Airi too had gone for motsunabe with someone close by as well. Miyabi wishes she could have gone, and mentions that she hasn’t had any recently. The motsunabe Momoko had eaten was miso-flavoured, and what a coincidence, Airi had eaten the same flavour as well.

Miyabi: Obviously it was the both of you together. Oi.

Miyabi starts sulking and asks why they didn’t contact her. Momoko says that they were out of mobile phone range (Miyabi: No way that’s true) while Airi says that her batteries were at 3% (Momoko: Mine were at 2%). They explain that they initially had some important plans before that, and after that, since they were really hungry, they decided to make a reservation and go for motsunabe.

Miyabi: So you even made reservations?…

Momoko: I slipped up, we didn’t.

Miyabi: The two of you are such good friends, eh…

They then begin try a different approach, saying that they were sampling the food for Miyabi’s sake. Miyabi still isn’t having any of this – ‘I know that it had to be delicious‘ – and asks them who introduced them to the store. Momoko informs her that Fujimoto Miki told them about the store. Honest, they didn’t use KaoPass, a restaurant recommendation app. They had gone just to sample the dishes (Airi: Even to the extent that we checked out how delicious the desserts were). Miya’s already like ‘whatever‘, and Momoko promises to invite her along next time. In fact, Momoko wishes they could go right now. Airi suggests going after the recording, but Miyabi doesn’t have the time.

Miyabi:  This discussion topic has made me feel really left out.

Momoko tries to cheer Miyabi up, and mentions that they were talking about Miyabi the whole time. Miyabi’s still skeptical, but her mood seemed to have lightened.

Momoko: At that time, it’ll be Airi’s treat. 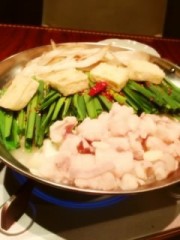 Situation: This note is from a female psychology student who enjoys psychology and threw herself into her studies. Due to the depth of her studies, she finds out that she’s inadvertently reading the characters of people she’s interacting with, even the parts that she doesn’t really want to know about. What should she do?

The girls agree that it’s a tough situation, finding out things that she didn’t want to know in the first place. Airi points out that it doesn’t mean that the listener dislikes psychology, but it became a problem when it started to encroach into the listener’s private life. The girls then start discussing what sort of cues a psychologist can pick up – how someone’s eyes, hands, or lips move, for example.

Miyabi: There’s lots of things that you don’t want people knowing about.

Airi: But you’d have no idea whether it’s correct or not.

Airi points out there is a risk of hurting relationships if the analysis is wrong. Momoko mentions that she studied a bit of child psychology as she liked children, but she hardly remembers anything. That might be an indication of how light her feelings towards the subject were. Miyabi admits there are parts of being able to read people which she envies, but it’s still a tough spot to be in.

Momoko suggests that perhaps she shouldn’t care about it, or rather, ignore her awareness. After all, psychology is something that the listener enjoys. Airi says that it’s nice to notice things when it concerns the relationships between two other people, but it’s difficult when it concerns the person doing the analysing herself. Momoko thinks it isn’t too bad, since it could be used to figure out if someone’s acting tsundere, which is the other side of the equation. Miyabi comes out with an example of a situation where you wish you hadn’t read your companions body language – When talking earnestly, you notice that the other party is thinking ‘Ah, what a pain‘.

Momoko: I’ve hit on an idea – she should go out with a psychologist.

Momoko thinks that they could probe each other out. The others don’t think it’s a good idea, that there wouldn’t be a good relationship and they’d keep their walls up instead. It’d be tough on the kids too, wondering what their parents are thinking.

They agree that it’s tough. To conclude, they admit that they have no idea, and that this situation isn’t something that they’re able to resolve.

Momoko: And so, please consult with a psychologist.