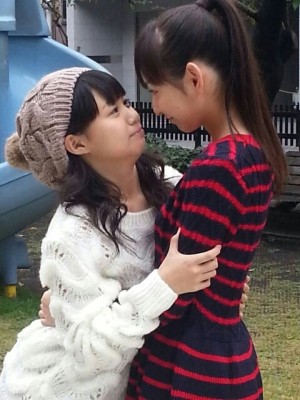 Karin is next. Her personal goal for this year is to study more about music, since she feels that she will be listening to more music this year than usual. Since this is the year of the sheep, too, she’s going to write an acrostic for us using the Japanese word for sheep, hitsuji. I’m not that creative, but here’s my attempt to translate while keeping the acrostic intact.

Tomo thanks her for her poem, but says that it’s good that people poke fun at her for the things she does because it’s better for the sake of comedy. Karin agrees to an extent, but she finds that these things get pointed out long after they happen and it just makes her embarrassed and want to cry. Tomo wishes her luck with that. Twice.

Sayubee follows up with her message, saying that she’d also like to listen to a lot of music this year to help work on her singing. She also notes on the year of the sheep, but less for its astrological symbolism and more for the fact that she is warm and fluffy like a sheep and hopes to bring that into the year 2015 as well. Since she’s basically piggybacked off of Karin for her message, she also does an acrostic. Great.

S – Should she
H – Happen to
E – Ever bump her elbow or
E – Even get called a tsundere, she will
P – Possess confidence in herself

Sayubee receives a much more positive reaction from her acrostic even though she clearly hadn’t thought about it as hard as Karin did, but if we have learned anything from this program, it’s that no one cares about Karin. 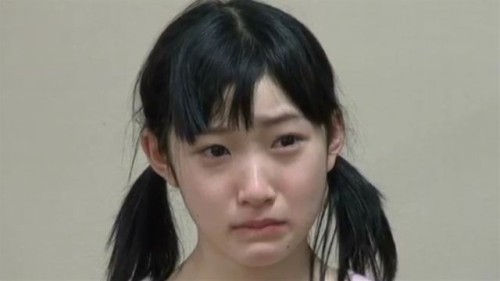 Then, it’s Yuka’s turn. She will be an adult this year, so she wants to focus on learning grown-up things table manners and etiquette. Since she’s the oldest of the group, she wants to become more reliable and less easily bothered by things, and since she’s the group leader, she also wants to find more things that she’s good at so that she can be a more productive leader. She will use whatever she learns to make the Juice=Juice Family a happier group of people.

Uemu: I want to learn table manners, too.
Yuka: That’s good, because you’re the one I most want to teach them to.

Finally, Tomo’s turn. Just as Morning Musume are changing their name from ’14 to ’15, Hello!Project will change a lot this year. Juice=Juice is getting subordinate groups for the first time, which makes Tomo realize that she has to work harder. She will also turn 20 in the year 2015, so she has a lot of personal goals she wants to accomplish in order to grow up a bit. She wants to do more dancing and become better at that, but she also wants to study more English, enough to get up to Level 2. She’ll do her best, anyway.

They’re not very good at thinking up new words for the opening and closing, but that’s life. Sayubee yells out a little self-promotion at the end. The end. 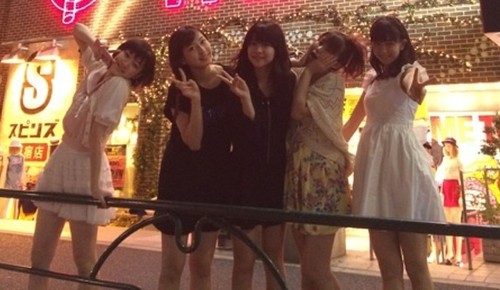