First off, March has two birthday’s to celebrate for Morning Musume. Haga Akane and Oda Sakura! Akane turned 13 on the 7th. Kanon was surprised when she realized Akane wasn’t 13 when she initially joined. When the 9th Generation entered Morning Musume, Kanon had already turned 13, so at first Kanon thought “Oh, I can relate to Akane,” but after realizing she was actually 12, she thought “Wow, she’s so young,”. During lessons Akane seems to be connected to Kanon in some way, although this may be that Akane looks a bit like Kanon. At some point, Erina looked at Akane and said “Waa! I thought you were Kanon,” (or, maybe its just Erina). Akane seems to be the kind of kid that says deep things spontaneously. Kanon wonders where this will advance as Akane turns 13.

Next, Oda Sakura turned 16 on the 12th! Sakura is the number one member Kanon goes out to eat with. If there is a night lesson they will often eat dinner together before. Sakura had experience being in Kenshuusei before joining Morning Musume. Although Kanon doesn’t share this experience, she can understand the anxiety Sakura went through when she first joined so they can relate. Kanon states Sakura is an important member because of her great energy. Her great ability to dance and sing make her seem like a genius. She thinks its probably because Sakura works hard to do everything well so the fans can have a good performance to watch. Even though Kanon is her senpai, she definitely looks up to Sakura in that way. 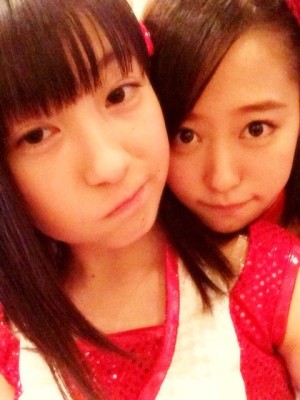 Message 1: Recently, Kanon talked about her love for Ojamajo Doremi. Also recently, it was announced that Morning Musume will be collaborating with Pretty Cure. The listener points out that Pretty Cure aired after Doremi started. So, how does Kanon feel about Pretty Cure? Also, Haruna, Ayumi and Sakura get to be voice actors for their own characters in the movie. The listener wonders if there an audition for it.

There wasn’t an audition, Kanon explains and it made her kind of sad. According to her its seemed like the three chosen didn’t announce they were voice acting until just before the announcement was made. After hearing that the three would be a voice actress for their character, Kanon thought it was pretty amazing for them. Even so, because there weren’t any auditions for it Kanon feels a little envious of them. Moving on, Kanon has some memories with Pretty Cure, Kanon remembers that when she was in elementary school the first Pretty Cure “Futari wa Pretty Cure” aired. Kanon liked Cure White and shares that her mother would play Cure White’s song on the piano and Kanon would sing and dance to Cure White’s song. At the time Kanon would say “Uwa, I sang with Cure White!”. So, being apart of the pretty cure movie is a great thing for her. Even though she got into Ojamajo Doremi first, being able to collaborate with Pretty Cure makes her very happy as well.

Message 2: The writer asks if Kanon gave her father anything for Valentine’s Day.

Kanon sighs and laughs “Dad, I’m really sorry!”. She made cookies for the members, but didn’t end up giving any to her father. Kanon sounds pretty guilty about the situation and points out that it was recently White’s Day as well, which she didn’t receive or give anything for either. She explains she thought about making chocolate for her father, however Kanon has only made chocolate about three times and doesn’t think she’s good at it. Therefore, she ended up not making anything. Kanon apologizes again to her father.

Message 3: The contents are simply a recommendation for a new corner: one where Kanon eats food blindfolded.

Kanon responds positively that it would be nice to have a meal at the radio recording but isn’t sure if the portion where she tries bad tasting food would work out. She explains this thought by saying there probably wouldn’t really be any foods that she wouldn’t like, claiming that she likes things like green bell peppers and goya, which many people don’t like eating. So, while Kanon wants to try this, she thinks the staff would have to get malicious and pick some really awful things for her to try.

Message 4: Recently this writer has seen that Wada Ayaka was written nice things about Kanon recently. They ask if there are any uplifting stories Kanon can share about that and if they really are becoming friends, particularly due to them being the same Hina Fest unit.

Kanon has to think on this one. She recalls taking photos with Ayaka, but a specific memory to recall is harder. Kanon changes the subject slightly starts the episode by speaking of Tamura Meimi instead. She recalls a time where Meimi calls Kanon over to sit in her lap. At first, Kanon protested, but after conceding to sit in her lap, Meimi exclaimed “Ah, you’re light!”. Kanon thought that Meimi was definitely lying, however. Either way, after that they took a photo together and after Ayaka came over and took a photo with Kanon in the same way as well. In conclusion, Kanon enjoys speaking with Ayaka and has had more opportunities with Lilium, but they are still becoming friends. 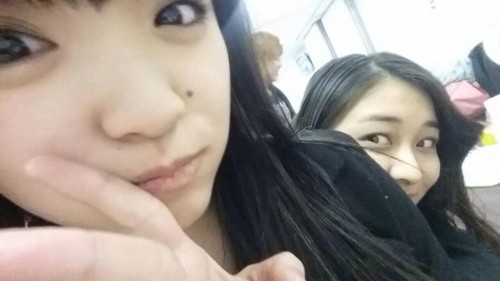 Recommendation 1: This writer recommends summer festival food they have in Nagasaki. They list off a few of the delicious things offered: sweet hamachi, chanpon, and spongecake.

Kanon starts thinking this is a cruel corner as everything this listener recommended sounds delicious. She goes on to discuss all of her favorites types of sashimi which include a special kind of crab sashimi and hallibut.

Kanon isn’t quite as wowed by this recommendation as she doesn’t usually go out to eat yakiniku and if she does, she’d want to it the traditional way. Regardless, she recommends people try it who like that sort of thing.

Recommendation 3: This recommendation comes from someone who has created a “Maachan bowl” with their friends. A Maachan bowl is combo of two delicious foods: fried rice and mabo tofu.

Laughing, Kanon says that she thought a Maachan bowl would have something to do with Sato Masaki at first. As far as spicy food goes, Kanon likes wasabi and other Japanese style of spicy foods. However, she is more of the type that likes it when mabo tofu is not too spicy. Honestly, though Kanon hasn’t really ever heard of combining fried rice and mabo tofu and isn’t sure if she’d try it. Either way, Kanon is excited to tell the other members about a “Maachan Bowl”. 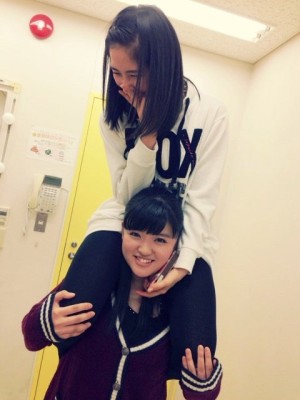