There’s three days until Christmas Eve, and our hosts can now finally reveal that the Berryz gift exchange discussed last week will take place this year as well! The two groan about how difficult it is finding a present that could make all of the other members happy, but somehow they must try.

S/mileage has just announced their name change, and the hosts are impressed it was Kananan who actually came up with the new name. Kumai-san thinks that whereas S/mileage sounded cute and energetic, ANGERME brings to mind an image of grownup women. She thinks this name means they might now mostly have songs that sound more “grownup” as well; Chii, however, points out that their new songs have already been announced and they’re titled “Taiki Bansei” and “Otome no Gyakushuu.” Learning this, Kumai-san is relieved that perhaps not much will change after all.

Recently announced were also the top buzzwords of Japan in 2014. While these were the hot words of 2014 among the general Japanese public, Chii proposes that they in turn announce the buzzwords among the members of Berryz Koubou.

Unsurprisingly, Kumai-san says her buzzword of the year was “enjoy.” “Isn’t that your buzzword for every year?” Chii deservedly asks, but Kumai-san explains that this year the word permeated not only to the fans and the other members more than ever before, but also to her private life: even her friends would use the word around her with no rhyme or reason, leading to frequent curious looks from passersby.

For Chii, she thinks her buzzword was “rap.” On Berryz’ autumn tour, Chii got to sing “Loving you Too much” with Maasa. The song includes a brief rap part; Chii says this made her “awaken” to rap, and she now tries to rap in her private life as well. She wasn’t sure if she should reveal this information on the radio — the staff appear to be looking at Chii quizzically, wondering what on earth she’s going on about — but she swears it’s the truth.

Kumai-san says she has actually noticed improvement in Chii’s rapping. She then gets a great idea: Chii should showcase her skills right now on the show! Chii hesitates, saying she already knows people on Twitter and elsewhere are going to laugh at her, but eventually gives in — she’d been practicing in their dressing room just yesterday, after all. Kumai-san offers to provide her a beat to rap to.

To add insult to injury, Kumai-san asks for another sampling of Chii’s talent.

Chii says she feels like she has discovered a whole new side of herself. 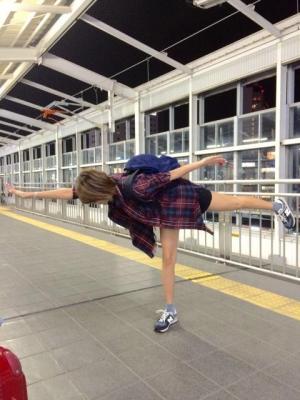 Tokunaga Chinami is a woman of many talents.

Question #1: The first question to be answered this week was previously posed by Chii: “what is the correct method of blowing one’s nose?“

Fan answer: The listener suffers from frequent nasal inflammation so this is a subject they’ve previously done some research on. First, here are some things you shouldn’t do: never blow your nose with all your strength, never blow both nostrils at the same time, and never go “digging.” (The last guideline draws some laughter from the hosts.) Sniffling is also bad as it can lead to middle ear inflammation. The correct way to do it is to breathe in through the mouth and blow one nostril at a time, slooowly, little by little, never rushing it.

The listener also shares a simple way of finding out if you’re doing it right. After you’re done blowing your nose, place a hand mirror directly beneath your face, quickly blow air through your nostrils, and check the mirror. If you discover any snot on it, that means you still have ways to go in perfecting your nose blowing technique.

The final piece of advice from the listener draws some words of protests from Kumai-san. But Chii, too, has noticed that when you don’t do a good job of blowing your nose, it does feel like there’s still stuff up there that needs to come out. She says she’s going to try her best to follow the listener’s advice of blowing your nose properly from now on, and recommends these tips to listeners now that more and more people can be seen with runny noses.

Finally, Chii thinks she might even give a shot at the hand mirror technique. 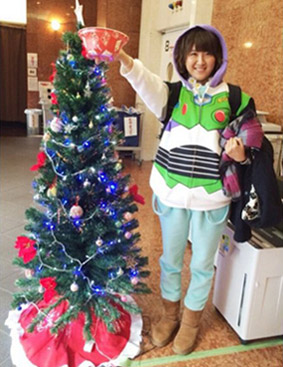 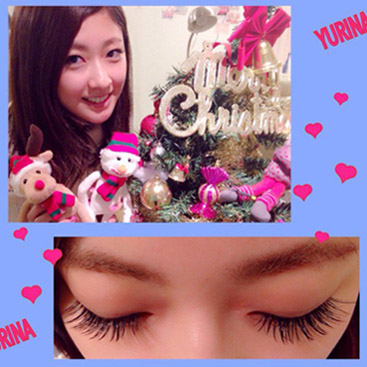 Question #2: The next question has been bothering Kumai-san: “how do you determine which horoscope you’re supposed to read if you were born on a day that falls under two signs?“

Fan answer: According to common Western astrology practices as described by the listener, the astrological New Year begins at Spring Equinox, and it is split into 12 different zodiac signs. He then proceeds to give a long-winded explanation that neither Chii or Kumai-san understand, but he kindly sums it up for everyone: your zodiac sign simply depends on your year of birth, as well as the exact time of day you were on. The listener gives a couple of examples, one of them being Okai Chisato: her birth date is June 21, 1994, and if she was born before 11:50 PM, that makes her a Gemini. However, if she was born after 11:50 PM, that in turn makes her a Cancer.

Okai-san announces that her head hurts. Kumai-san, however, says that this answer really cleared up the issue for her. 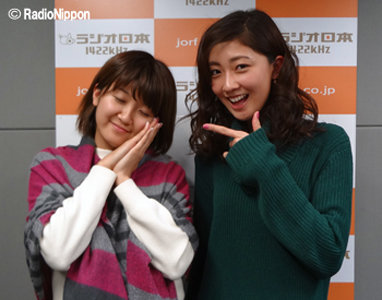 Chii mentions to Kumai-san that at this point in their script there’s a written question from the staff: “what do you want to do with this corner, going forward?“, meaning if the two are still eager to keep it.

“Honestly,” Kumai-san begins, “for as long as you’re alive, you’re always going to have questions.” Chii says she feels exactly the same way: humans will always be forced to live surrounded by mysteries. Kumai-san goes on to argue that if all of mankind’s mysteries were to be answered, life itself wouldn’t be fun anymore.

Chii: For as long as you’re alive, until the bitter end, you must always battle those problems!
Kumai-san: That’s right!
Chii: Questions and problems in life are unavoidable. Whether they be low-level or high-level, you’re always facing them.
Kumai-san: You can never be completely free of questions.
Chii: No, you can’t. And without this corner, we’d be left alone with all these problems.
Kumai-san: Right. But on the other hand, you can’t solve every single problem either.
Chii: Yes. And that is the biggest problem of them all! (laughs)
Kumai-san: (laughs)

While it isn’t expressly said, it’s implied that this episode marks the end of this corner.