Haga thinks Nonaka is impatient in nature, but just recently it’s actually starting to get better. Too much better, in fact: now it’s more like she’s become “My Pace Nonaka.” Even though she’s the quickest of the four to wake up, she’s the slowest of them to get ready for work.

And as it is next to impossible to talk about Nonaka while not mentioning her language abilities, she is accordingly asked to introduce herself in English using “difficult words.” 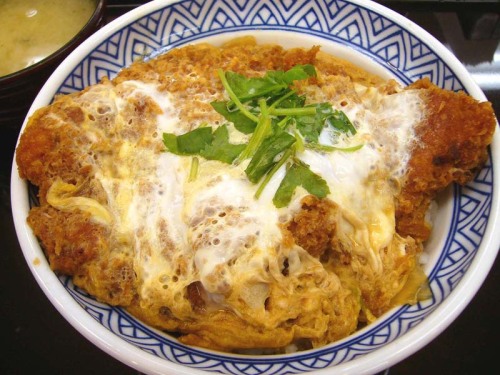 When asked what the others think of Makino, everyone is quick to describe her as someone very reliable. Ogata thinks the interesting thing about Makino is that she’ll sometimes look much older than she actually is, and yet, her personality is quite child-like. Haga says that might be what they call a “generation gap” — Nonaka is quick to say that that is not at all what the word means.

Makino counts her Donald Duck impression as one of her special talents:

Ogata has noticed an uncomfortable silence every time Makino does this impression.

Nonaka’s image of Makino is that she puts sleeping ahead of anything else on the importance scale, and everyone agrees. Ogata thinks it might even be a kind of supernatural power in her case, and Makino excitedly approves of this idea: she can sense people around her even when sleeping. The other day Ogata took a picture with Makino when she was sleeping. Afterwards when she told her about it, she already knew — she even knew Ogata had sent the picture to her mom. Everyone wonders just where she has an extra pair of eyes she uses when she’s asleep. Makino is thus labeled a professional sleeper.

Makino thinks Ogata doesn’t seem like a high schooler at all. Haga agrees as she finds her easy to talk to despite their rather large age gap. Nonaka suggests that while the 12th generation members are all mentally the same age, for Ogata this is “especially” true.

Since this is the perfect opportunity, Ogata asks if anyone has anything negative they would like to say about her. Nonaka does. She recently discovered she had about 100 new pictures taken on her phone. When she looked through them, she discovered they were all pictures of Ogata doing weird faces. What’s more is that they weren’t all just the same face: she had a varied repertoire represented there.

Ogata explains that she sometimes has to use other people’s phones to take those pictures when she runs out of storage space on her own phone. Nonaka says it’s fine if she borrows her phone every now and then, but the problem is that she’ll run out of space to take her own pictures because of Ogata.

Ogata is often told that the difference between the first impression people have of her and the way she is when you get to know her is so large that it’s just too much for some people. She thus asks the other three if they’re still okay with her. There is an uncomfortable silence, followed by laughter.

Makino says that when she first met Ogata, she thought there was a ladylike cuteness about her. Now, that feeling has disappeared entirely. Ogata calls Makino awful. 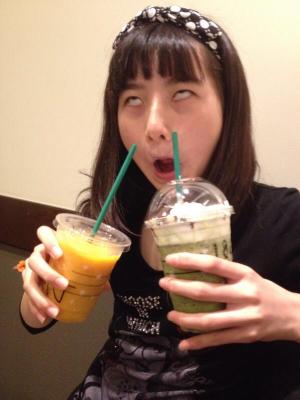 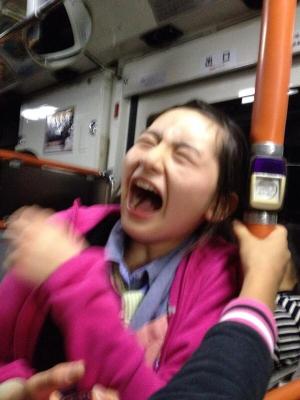 Despite her being the youngest member, Ogata thinks Haga has both a mature side as well as a side that’s timid and that can’t stand being alone. Nonaka agrees and says that although Haga is calm right now, she’s actually such a big baby in reality. Just yesterday when they were trying to decide on a name for this show, Haga was rolling on the floor shouting “12KI PARADE! 12KI BEEEEEEAM!“

As for her timidness: when Ogata and Haga shared a hotel room by the two of them, Haga was scared so she wanted to get in the bath together with Ogata, and when it was bed time, Haga crawled into Ogata’s bed to sleep beside her. Haga protests and says that was also because Ogata herself was scared, too, and Ogata admits that this is true.

As for first impressions, Nonaka still remembers being surprised when she first started speaking with Haga. They were talking about English when she suddenly yelled “English! YAAAAY!” Nonaka thought this was really cute, seeing someone get so excited about something so suddenly. And yet, just a couple of moments later, she was back to being really serious again.

Haga thinks she could pretty much be herself around Ogata and Nonaka from the get-go; the problem was Makino who was her senior in Kenshuusei. The two didn’t really talk much back then. Ogata asks if this is because they didn’t get along well, but that’s not it: Haga just thought Makino was a bit scary. Makino doesn’t understand why — she swears she never bullied her or anything. Still, the two are friendlier now: Haga can even call her senior “Maria-chan” and speak to her in more formal Japanese. 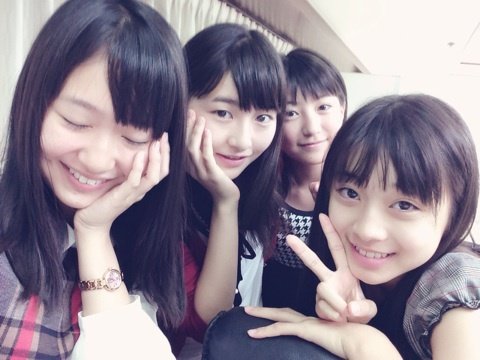 With their first show just about over, Ogata reads aloud their email address — 12@fmfuji.jp — but she then gets a better idea: they should have Nonaka read it with perfect English pronunciation.

Henkka: This show now has a translator.