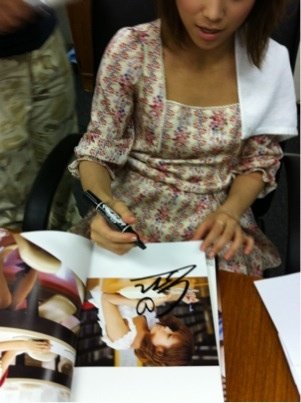 (For fan mail #1, the hosts simply do a couple of voice imitations which don’t translate very well to a text format.)

“Why is it a secret?,” Gaki-san. “Is it, like, the toilet or something?” Kame suggests that since Gaki-san was so quick to come up with the idea of a toilet, that must be where she herself feels most at ease. Gaki-san quickly denies this though:

Gaki-san: I don’t like toilets at all!
Kame: What?! Toilets totally make one feel at ease!
Gaki-san: Not me! I don’t like them!
Kame: Why not?
Gaki-san: Because! They’re like… private rooms.
Kame: I’d be troubled if they weren’t… (laughs)

Kame feels that she immediately feels relaxed as soon as she sits down on the toilet; like no one will get to bother her for a while. Gaki-san suggests that they stop talking about this subject before Kame gets too in-depth in her descriptions.

Gaki-san: But really, I wonder? Where do I feel most at ease?
Kame: Let me guess: in the arms of your father!
Gaki-san: Gross! (laughs) 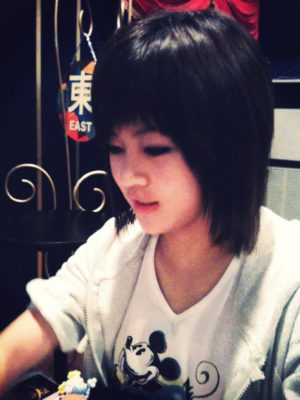 Gaki-san Quiz: Some time ago when Gaki-san was filming her part for the Hontou ni Atta Kowai Hanashi movie, she suddenly realized that her co-star, Nakajima Saki, was nowhere to be found. She went outside to try and look for her, but when she did, Nacky was doing something weird: she was taking in water from a bottle, holding it in, and spitting it out. Gaki-san’s question is: why was Nacky doing this?

Kame Quiz: Kame’s quiz is nice and simple: what kind of a don did she eat this morning?

Kame’s hints are that it’s one that you can make at home, and it’s one she thinks Gaki-san likes, too. Gaki-san gets a couple of guesses and she eventually gets it right: Kame had salmon roe don.

Gaki–Kame (while trying to sound busy): We’re waiting for your messages! Go ahead and ask us anything, such as “would Kamei Eri be able to soothe a runaway horse?” Anything goes!