Fan mail #2: This message is from a 17-year-old female high schooler. She somewhat embarrassingly admits that she might be into older men. Every day, on her way to school, there’s one spot where she always admires a cool security guard who is posted there. She estimates him to be in his 60’s or 70’s. She always greets this security guard while wishing she could’ve been born 40 years earlier or so. She also likes the cool voice of the male announcer on FIVE STARS, who reads out loud the names of the hosts and their show. Thus, she asks that the hosts do their best impression of said cool voice.

Kame is not impressed.

Failed imitations aside, Gaki-san asks what Kame thinks of girls who like older men. Kame does understand the feeling: her mother is a huge fan of Oosawa Takuo, and Kame agrees that there’s something great about that sort of stern coolness of male actors like Eguchi Yosuke. But while she understands the appeal of actors like them, she’s surprised by the listener having taken a liking to a man who’s that much older.

Kame: But, security guards like that are always wearing hats, right?
Gaki-san: Right.
Kame: Her opinion might change if he took off his hat…
Gaki-san: That’s so rude! What do you mean by that?! (laughs) 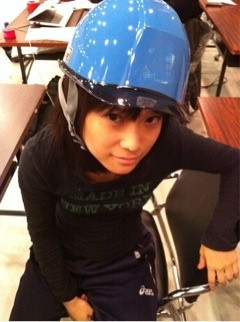 Fan mail #3: This message is from a 15-year-old male fan of baseball and Morning Musume who needs advice. He has a crush on a girl with whom he’s gone to several baseball matches with, but he has thus far been unable to tell her about his feelings. He asks what the two hosts would do in his situation.

Gaki-san: 15 years old — that makes him six years younger than us. We’ve been put in a spot where we have to give him some pretty solid grown-up advice!
Kame: I see. … I want to run away.
Gaki-san: You will not.

The hosts assume that the listener knows the girl’s email address, and Gaki-san suggests that he should start by dropping subtle hints about this in his emails. “If you do, she’ll start to realize what’s up and then you can confess to her.” Kame protests that Gaki-san’s advice is too basic. “You just said we were supposed to give him grown-up advice!” Gaki-san doesn’t understand what Kame would deem grown-up enough. “Like, what — does he literally have to tell her how she’s as beautiful as a rose and blah blah blah?” Gaki-san explains that her advice is in line with what’s realistic for a soon-to-be 16-year-old, so she asks what Kame would do differently.

Kame: Let’s say they’re at a baseball match together. Baseball matches always have the ladies handing out drinks and stuff, right? So the listener and the girl are just sitting there, and just when the juice lady passes by them, he tells the girl to look at the juice lady, and she’ll have a note posted on her back that says “I like you.”
Gaki-san: (laughs) What the hell is supposed to be “grown-up” about that?! Every single person there would see it! Try looking at it from her point of view. How would you feel if some guy did that to you?
Kame: … I’d hate it.

Gaki-san jokingly suggests that he could just call her out of the blue. When asked why, he could say: “because I wanted to hear your voice.” Kame actually really likes this idea — it would certainly let the girl know that the guy has feelings for her. Kame reaches a conclusion. “You should just honestly let her know how you feel right now.” Regardless of how the girl responds, the hosts hope to hear back from the listener soon. 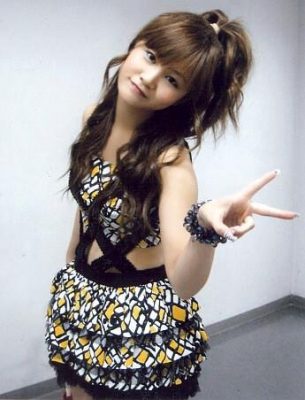 Kame wishes to give her five stars this week to the place where they just got their food earlier in the day: KOOTS. They have many tea-related products, dango, New Year’s dishes when it’s that time of the year, healthy soy milk soups, pork miso soup… but of their many items, Kame likes their shiso hijiki rice balls the best.

Gaki-san: We’re waiting for your messages! Go ahead and ask us anything, such as “is it true that Kame becomes a fairy at nighttime?” Anything goes!