Henkka: I’m sure some of you are wondering: “Henkka, why in the hell are you translating a show from over five years ago that features long graduated members?“

Well, I have but two simple reasons: the Gaki-Kame hosted FIVE STARS is pretty much my favorite H!P radio show of all time, and secondly, to my knowledge some episodes of this show have remained untranslated for all this time. And by “some,” I actually mean “half.”

If you’re a newer fan of H!P and you’re wondering “why should I care about these two ex-idols in the first place?“… Well, that’s something you should research on your own. But I can get you started with a video that to me embodies the Gaki/Kame dynamic quite perfectly. This is, to me, what these two women were about — the idol world’s most lovable boke/tsukkomi team.

Without further ado… let’s get started. 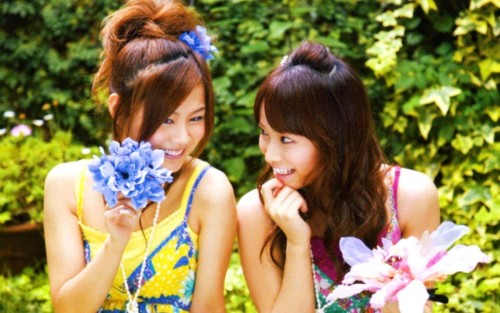 Fan mail #1: The first message this week is from a high school girl who is currently hooked on eating her toast with condensed milk on it. Kamei has to interrupt her reading of the mail because of her incessant laughing. Gaki-san, irritated, asks what’s up, and Kamei says she just finds it funny how some listeners begin their fan mails with quirky greetings to the hosts (such as “konbanwankosoba” in this nessage) and Gaki-san will always respond in kind. Gaki-san suggests that Kame get back to the listener’s message.

The listener has been told by friends that her habit of putting condensed milk on toast is gross. She wishes to know if the hosts ever eat their toast this way, and what their preferences for toast toppings are. Gaki-san has never tried toast with condensed milk, but it’s very commonplace in the Kamei household where they’ll just pour it on top of the butter.

Gaki-san: People are always so quick to call this and that gross when it comes to other people’s tastes… but condensed milk on toast actually sounds delicious, doesn’t it?!
Kame: It is delicious! It’s sort of like French milk bread.
Gaki-san: Ah, right. It’s the same thing as that. So don’t worry about it and keep eating your toast with condensed milk.
Kame: Let’s keep living on condensed milk!
Gaki-san: … No, don’t live only on condensed milk.

When Gaki-san asks Kame about her own preferences, Kame reveals she actually doesn’t eat all that much toast to begin with. Gaki-san is exasperated to hear this — just seconds ago, Kame was pretending to be this big supporter of the listener when in fact she doesn’t even eat toast herself! Gaki-san asks listeners to send in suggestions for delicious toast toppings if they happen to know any. 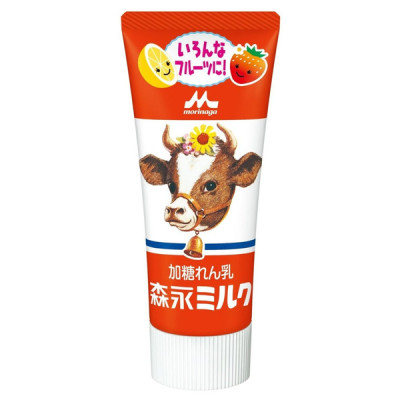 This stuff is never safe in the Kamei family refrigerator

Fan mail #2: This fan recently started listening to the show and he calls the two hosts hilarious — “godly,” even. He promises to send in loads of messages to the show from here on. He wishes the hosts farewell.

Fan mail #3: The listener wishes the hosts a good new year and asks what they each had for their first meal of the year.

Kame says she’s probably never going to forget the face Gaki-san made just now. Gaki-san can’t believe it though: in her household they wake each other up specifically so they can begin the first day of the year together. But Kame just wasn’t woken up, and by the time she finally did wake up, other members of her family had already eaten and some were already napping and such. When she walked into the living room, there were relatives there who just went “ah, she finally woke up.“

The listener says that they have a bad habit of becoming tired of conversations with people, gradually becoming more and more silent as the conversation goes on. Gaki-san calls this a pretty awful habit indeed. The listener asks for advice on how they can remain an active participant in discussions, and what to do when they have nothing more to say.

Kame can really sympathize with this message, and Gaki-san says Kame is indeed another huge offender when it comes to stuff like this. Say Gaki-san is having a conversation with Sayu for example: if it’s something that catches Kame’s interest, she will suddenly join in on the conversation and ask what they’re talking about. But the moment the conversation takes a turn towards something that Kame has no interest in, she will go completely quiet and begin munching on umeboshi or something.

It’s hard for the two to imagine feeling awkward when running out of things to say: when that happens, the conversation simply stops and they move on to do whatever they want. Gaki-san suggests that the listener just asks about everyday stuff from their conversation partner, such as what they did yesterday. If they do that, the chances of their partner being like Kame — who just ignores you and won’t even look at you if what you’re talking about is not interesting to her — are quite low. 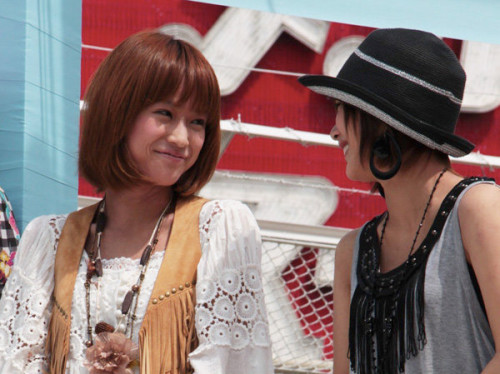 Today is Kame’s turn on this corner, and she reveals that she will be rewarding her five stars to a huge hit of a product that she’s been indebted to since last year. That product would be the HEATTECH line of clothing. As more fashion-aware listeners may know, sometimes when you’re trying to decide on your clothes for the day, it might be the case that you only have a matching piece of clothing that is very thin in material. But as long as you wear HEATTECH under that item, Kame says, you’ll be okay and it won’t be too cold. “It lets you concentrate on being fashionable!” Kame proclaims.

This was a fun episode, the hosts agree. In fact, Kame says she laughed so much that her back teeth hurt. Gaki-san suggests she ought to see a dentist.