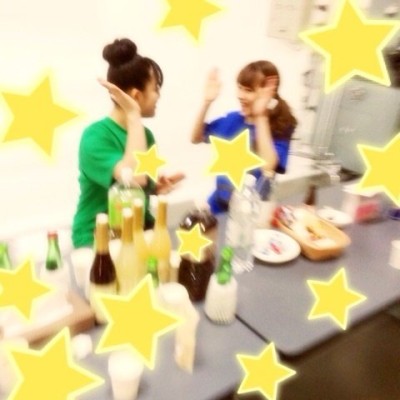 Message 2: This writer is from Korea but works in Vietnam. She notes that she was relieved when she found out she could listen to her radio show even in Vietnam via the internet. Her question revolves around the old radio show GakiKame, and wonders if Kanon would ever do a coupling radio show with another member, particularly from the 12th generation.

Kanon first states that the fans probably have many preferred couplings already. As for her, a Sayashi Riho combo called “SayaSuzu” or “RihoKano” is an idea Kanon likes. Or at least, she knows its one a lot of fans seem to like. However, a Senpai/Kouhai combo might be good. When thinking of which 12th Generation member she would prefer, she notes that all four of them are good options. Kanon first mentions Ogata Haruna, saying how she has a cute, refreshing character…but then goes back to saying how being in a combo with any of them could be troublesome as they are all so pure and she doesn’t want to ruin their characters with herself getting in the way.

Message 3: Back to Sayumi’s graduation, this listener mentions that they noticed Kanon was wearing a pink wristband during the concert and wanted to know what it was for. The listener also mentions that Kanon seemed to be tearing up a bit during the Be Alive performance even though Kanon seems like the type to not cry during a performance.

For Sayumi’s last concert everyone wore special graduation bracelets they had made for Sayumi, as a sort of a nice sentiment. During Be Alive at one point Kanon makes eye contact with Sayumi, and the overwhelming emotions were just too much as Kanon thought to herself “This is one of the last times I’ll be able to make eye contact with Michishige-san,” and started tearing up. She hasn’t seen the graduation DVD herself, yet, mostly because she knows when she watches it she will cry. 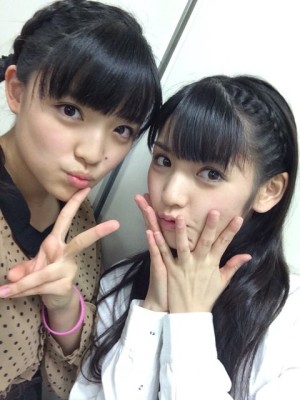 As per request, Kanon will be singing songs acapella based on listeners suggestions! Since Kanon often goes to Karaoke, singing recommended songs acapella will be fun for her.

Request 2: Their request is for Kanon to sing Mikaeri Bijin alone. Even though its sang as a chorus, they think just as Kanon will be fine. Kanon isn’t so sure, but gives it a try:

“I did it!” Kanon exclaims. It isn’t typically supposed to be sung just by one person, but it was alright, Kanon thinks.

Request 3: The request comes from someone who loves Kanon’s voice and requests Kanon to sing the “A~i~sa~re~tai~” part in Wagamama Ki no Mama Ai no Jooku. Of course she will try, but before starting, Kanon wonders if it would be better to sing this in a Karaoke style…but, nevermind that, lets start:

“Phew!” Kanon breathes, saying that it takes a lot of power to sing that part. Its kind of difficult, because the highest note is at the end. If it was at Karaoke she would have a mic and wouldn’t have to push as far, but with this situation she had to push more to make it heard well.

To start the end of the show, Kanon says the submitted sexy food of the week:

There is some time left after the announcements, so she reads a best of 3 letter, which asks her to rank her top three songs she liked the outfit for:

3.Kare to Issho ni Omise ga Shitai. Because it was fun to shoot!

2. One.Two.Three. Because the outfits were cool! 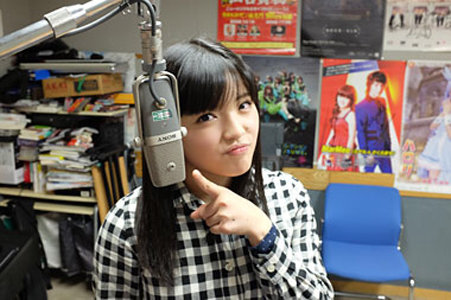 What’d you think of Kanon’s Aisaretai?