Since we’ve been on the topic of birthdays in Juice=Juice for the past several weeks, it only makes sense that the opening word would also be related to that subject. Uemu’s birthday is in two weeks and she is way more excited about it than Tomo, who can’t really remember how old she’ll be. She excuses it with, “Well, in any case, you look older than you are.” Also, Christmas comes before her birthday and that is much more of a general celebration. 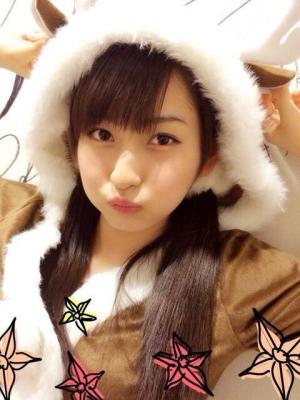 They read a letter from Morny about Christmas. Hello!Project members usually don’t do much in the ways of Christmas since that’s a busy time for rehearsals for the upcoming countdown shows and Hello!Project winter tour. They want to know if the Juice members have tried to plan a gift exchange amongst themselves or anything like that. Now, at this point in the broadcast, it gets very difficult to hear what is being said. Both members move in and out of the mic’s range so what they’re saying is very quiet while the background music is still obnoxiously loud, so I can’t really tell you what the answer was. Based on what I could gather, Uemu focuses more on getting birthday presents around this time rather than Christmas presents, but she does do a gift exchange with somebody. Tomo does not. She questions what to get for Uemu, considers getting her a game, but then Uemu kind of shuts her down. I really wish the engineers on this show would quit with the background music, for real.

They read another letter from Pirozhki, who asks about their impressions and memories of the recent H!P graduate Michishige Sayumi. Uemu says that she is cute, cute, cute, and she seeks to follow in her footsteps and learn all that she can from her. Tomo agrees and says that there’s something about the way she carries herself that’s just so admirable. When they’ve had lessons or rehearsals together, it was clear that Sayumi didn’t just learn the dance moves, she absorbed them and added flourishes and expressions to make them her own. Her graduation was so moving and felt like such a big deal, it made them want to work harder to built up their group and H!P as a whole to reach that level for everything. 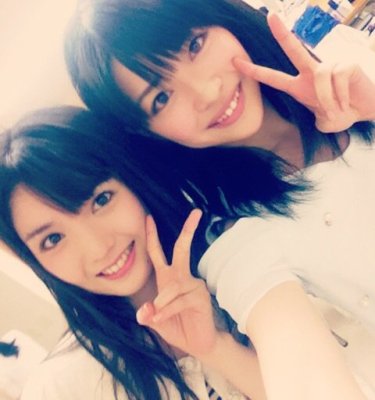 Huh, they have pretty similar features. Who knew?

In a moment between songs, they discuss how much they admire Morning Musume. It all comes down to their formation dances, essentially; they adjust the scale of the formations for each venue that they do, they require all members to be aligned for the formations to work, and they still showcase each member’s uniqueness even while being one cog in the machine. Tomo thinks that much of their visual impact comes from the number of members that they have, since Juice has some nice dances, too, but they don’t have nearly the same effect as Morning Musume’s. They need to work a bit harder to make their 5-member performance as striking as Morning Musume’s now-13 member performance.

Uemu likes rings. She started wearing one a while back for personal reasons on her pinky, and it was exceptionally cute. She went out to eat before with Yuka’s family (no confirmation if Yuka was there or if she just went with Yuka’s family; with Uemu I wouldn’t be surprised if it’s the latter) and noticed that Yuka’s younger sister was wearing a ring and thought it was absolutely adorable. A ring really adds to an outfit. Like, you’ll look at an outfit and go, oh, something’s missing, but then you’ll see the ring and go, HA! That’s what it was. Now, change of subject halfway through, she bought a present for Sayashi Riho. Uemu applauds herself for several seconds. She hasn’t given her the present yet, but she did get a singing birthday card and wrote a long message in it. She hopes she’ll be able to give it to her soon, although she also thinks she would prefer to be receiving a gift from Riho instead… 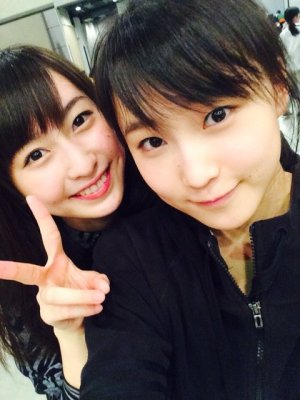 Tomo notices a few things wrong with her voice blog. One, Uemu is wearing a ring that she swears is a pinky ring, but it’s on the wrong finger, and two, something is weird about that present.

Tomo: Sayashi-san’s birthday is in May, though.
Uemu: Yeah… WHAT?
Tomo: Isn’t that kind of weird, giving her a present right before your own birthday?
Uemu: NO THAT’S NOT IT I SWEAR
Tomo: Like, “Hey, I got you this present and also it’s my birthday coming up, so…”
Uemu: NO I GOT IT I GOT IT GOT IT I GOT IT I’ll just wait to give it to her after my birthday is over.
Tomo: You’ll have to wait until the year is over, then.
Uemu: No, I… oh. Yeah.

So now we know that Uemu knows neither what a pinky ring is nor what Riho’s birthday is. Is anyone really that surprised, though?

Tomo gives us this ending word because she feels like drinking some green tea. This perplexes the staff member who updated the blog, as they distinctly recall there being green tea available for them to drink before the recording and she chose something other than green tea. Hmm… 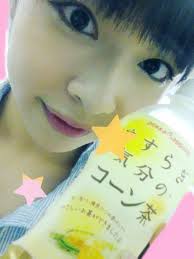