The radio year in review

The show today is opened by Kananan losing it over the way “ah~” is written in her script. After attempting to regain her composure, she asks Rinapuu about the past year, since this will be the last show of 2014. Rinapuu says that at least within the radio show nothing big happened. With everything that happened to them outside of the show, she was really glad to have some sense of stability by having this show continue as it was with no major changes. She also realized this year how noisy it gets in the studio with all 4 members, since they had quite a few shows with all of 2nd gen present, and how nice it was to have guests every so often. She would describe the show this year as “ordinary,” but in the best possible way since everything else this year was anything but. 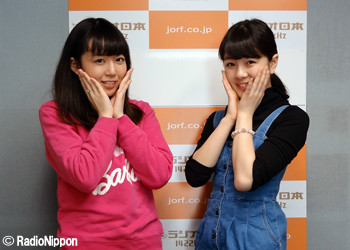 Kananan is also very grateful that nothing in the show changed. As she and the other members have said before, they didn’t really feel as though they had much of a voice or a way to promote themselves prior to this show. They had the 2nd gen blog, but Kananan felt like she was so distant from everyone and she wasn’t getting a chance to say what she really wanted to say, so she was overjoyed to get the show and then have it increase to a half-hour program. She was afraid at times this year about the show getting cancelled or about it becoming a S/mileage-general show when Maro and Ayacho made more frequent appearances, but in the end everything has stayed the same and she’s very glad that it did.

Moving past the radio show and on to the year at large, Kananan asks if Rinapuu has any regrets, or Rina-grets, as Kananan calls them. Rinapuu’s first thing is not so much a regret, but an “oh well.” They were so busy this past year doing shows in live houses everywhere that she felt like there wasn’t any time to completely absorb everything. Every time she would start to think upon and appreciate what she was doing, it was already time to move on to the next thing. Her biggest regret otherwise would be that she wishes she had cherished the time she had with 6-member S/mileage just a little more. They were so surprised by the announcement that they were getting new members and it all happened so quickly that there wasn’t much time to reflect or react positively or negatively, so she would have liked to have had a bit more time with just the 6 of them and being able to bask in everything that they had accomplished together. Also, they had really never gone out together as 6, so she didn’t feel like she had enough time to process and plan something for all of them before they became 9. In any case, she’ll try to cherish this next year with 9 and make some nice memories. 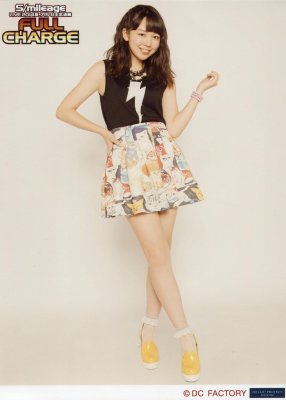 My only Rina-gret is not seeing this picture sooner

Kananan always has regrets, but this year she has one in particular involving another member.

Kananan: There was one person in particular I wanted to say something to…
Rinapuu: You’re scaring me.
Kananan: It might be YOU.
Rinapuu: Ew, no.

Kananan really wanted to tell this person something and had thought about doing it during the radio show or maybe sending them a personal message about it, but ultimately she would like to be able to tell them in person and in private. Rinapuu really wants to know who it is, and Kananan agrees to tell her after the show is over. Still, since 2015 is soon upon her, she will likely just keep it to herself and hide it away in her heart forever as she tries to make up for whatever it is next year. 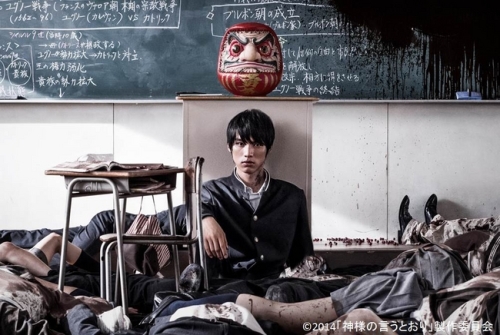 NakaniCinema Paradise
A corner in which Nakanishi Kana reviews movies

The movie this time is an adaptation of the manga Kamisama no Iu Toori. She describes it as an action-horror movie, and Rinapuu asks if there is an age restriction or maturity rating on it. Kananan believes it is a 15+ film, but says that it’s interesting because although it’s clearly a horror film about playing with people’s lives, it has a kind of comedic aspect because it’s based on children’s games and toys. The film opens on a game of Daruma-san ga Koronda (similar to the game of red light, green light, if you’re familiar), where the daruma kills anyone who gets caught moving when it turns around and those left alive have to beat the game by pushing a button on the back of the daruma before time runs out. By the end of the game, only two players are left, and one convinces the other to be the one to push the button. The one who pushed the button does succeed in turning off the daruma, but the other dies regardless. The movie goes through a series of these deadly games, but Kananan advises that this isn’t just indiscriminate killing; all of the games are sent by god to determine who is the most intelligent among them. The most important of all of these tests is saying yes to everything, no matter what. This made Kananan happy that she said yes to joining S/mileage, even though she was afraid and inexperienced, but overall the movie made her very happy that she can live a completely normal life without such violent tests. At the end of the movie, only a boy and a girl are left alive, and they’re both so happy to have each other that they start thinking about going back to their normal lives and seeing movies together afterwards if they both survive. It made Kananan feel very strange, since they had experienced so much death and punishment but still thought about everyday things. Everyday things shouldn’t be considered boring or for granted because you never know what might happen. Kananan would like to see it once more for that ending scene and hopes that everyone will try seeing it when it comes out on DVD because it’s interesting and entertaining.

Kananan also announces her favorite movie of 2014: The Hobbit: The Desolation of Smaug. This is a fantasy film, as you might have guessed, and nothing that happens in it could happen in real life. It’s kind of like Harry Potter like that. She liked the dragon. Thank you, Kananan. She has plans after this to go see the final Hobbit film as well as Ao Haru Ride, so she’s super excited to ring in the new year with plenty of fun adventures at the movies.

This letter comes from Weam, who has another “ultimate question” for the members. If you had to choose, would you rather have a live show where all songs play at double the speed or at half the speed? Rinapuu chooses double the speed, Kananan doesn’t choose either one yet. Kananan points out that faster is not ideal, since going at double the speed would wear all of them out and dance lessons would get that much harder (they already have a lesson every so often where the instructor makes them dance to a high-speed version of the songs), but it might be easier to have a show that’s half as long as usual if they’re doing everything that much faster. However, going slower also isn’t great, because it would turn virtually every song into a ballad and ballads are pretty exhausting to sing. Rinapuu tells her to just pick the first one, although Kananan is still torn because if it’s slower, then the live shows would go on forever and she likes that. In the end, they both choose to go faster. 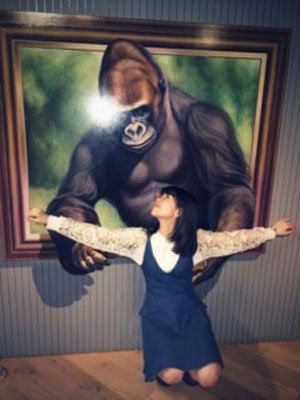