“August is here!”, as Sayashi quite helpfully reminds us. She asks us listeners if we’re having a good summer so far, and strongly suggests that we ought to make the best of it by going to the beach, to the mountains, to summer festivals, and more!

Speaking on the topic of midsummer and the H!P concerts that come with it, Sayashi tells a recent story of when she was staying at a hotel due to them having a concert far away from Tokyo. Usually when the group is staying in a hotel they sleep either in single or double rooms, but this time it just so happened that Sayashi was given a room with three other members: Fukumura, Ikuta and Kudo.

Sayashi says she’s often called “untidy” whereas the other three staying with her were members who are generally thought of as quite neat and cleanly. Thus, while she was looking forward to hanging out with the three of them, she was also worried she might get called out by them on her filthy messiness. But unexpectedly for Sayashi, it was actually the other three who were just kind of lazing around and leaving things messy, to the point where she even started telling them to clean up after themselves.

Sayashi was actually really happy she got to be in that role for a change, and afterwards she even boasted about it to her manager. Her manager expressed doubt, saying Sayashi’s the type of person who’ll definitely screw something up because it was an unusual situation for her, suggesting that she probably forgot something in her room or something similar. Sayashi replied she was sure she had all her stuff, but when they checked out and arrived at the concert venue, she realized she didn’t have the juice she’d bought while they were staying at the hotel — she’d forgotten it in the refrigerator.

It reaffirmed Sayashi’s previously held opinion that she will never be perfect when it comes to this kind of thing. Deli-kun (the show’s pet/co-host) says that while he wouldn’t have expected anything less from Sayashi, he still would’ve preferred the story to have a happy ending. Sayashi claims that her fans would probably be really worried if Sayashi suddenly became all neat and cleanly. Deli-kun disagrees.

Deli-kun compliments Sayashi on her title call being spot-on as always:

Fan letter: “Otsukarihoriho desu.” The listener asks about Rihoriho and Michishige-san apparently having finally… finally… gone to have dinner together! Deli-kun excitedly asks if this is true and Sayashi confirms it — this is something she’d been calling her “mission” on the show for a long while now.

Their date was decided very on-the-spot as they decided to go that same evening after work, just by the two of them. Michishige-san found them a good sushi restaurant as she knew Sayashi likes sushi. Sayashi was happy she got to go, but she was also really nervous. She was so nervous, in fact, that she found herself unintentionally eating exactly the same things as Michishige-san: when Michishige-san had kappamaki, Sayashi had kappamaki; when Michishige-san had squid, Sayashi had squid. Still, she’s happy she got to do it and announce it to the fans, especially considering how not many of the other members have gotten to do so. But all this talk about food, she suddenly says she’s now hungry. 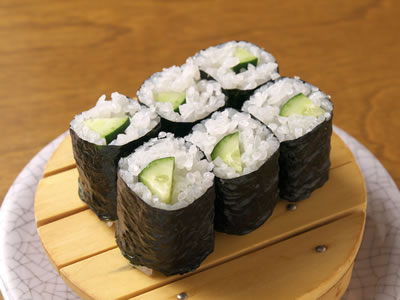 Sayashi says she’d like to invite Michishige-san to go to for dinner together again before she graduates. She hopes next time she’ll be able to relax more and not worry so much about keeping the conversation going. Deli-kun says that just like Sayashi was happy when her senpai invited her, Michishige-san would surely be just as happy to be invited by her kouhai. While Sayashi’s still nervous about it, she says this will be her new mission.

Sayashi congratulates herself once more for being able to have gone to dinner with Michishige-san. She says that while she doesn’t have the courage to invite her quite yet, the two are at least exchanging emails more as of late, so Sayashi’s going to do her best to use that as an opportunity to invite her.

Henkka: I’m very pleased to announce that Hello! Pro Radio has now found its first translator besides me! Starting next episode, kurikaesu.haru will step in and start covering RIHO-DELI in my stead. You may have seen kurikaesu.haru’s awesome RIHO-DELI Highlights videos on YouTube on the TheMusumeShow channel, but if not, go check them out!