By the time this recording, the spring tour will have just started. The rehearsal time was quite long for this tour. Usually, as was for the previous two concert tours, it felt like there was about a week of rehearsals and there was never enough time to remember everything. However, because there was a single release as well, the rehearsal time was longer. Typically, the dance teacher doesn’t have enough time to teach all of choreography, however there was even enough time during rehearsals to teach new formation dances. Kanon mentions that the 9th generation felt they really had to pull the whole performance up, being on top and all. The setlist is also packed with Morning Musume history, so there is a lot of pressure to perform these songs with great importance and to the best of everyone’s ability.

Kanon is really looking forward to the first day of tour, particularly because she wasn’t able to perform at the Hello! Concert due to her previous foot problems.

Message 1: This writer mentions they took their first trip on the Nagano Shinkansen and heard something that mentioned “Harunan” over the speakers. After, they went on a sightseeing bus and they thought they saw a parking area to be called “Goto Maki” in romaji. Has Kanon noticed anything like this?

Kanon apologizes and says she isn’t good at paying attention to smaller details. Nor is she good at remembering kanji, so noticing small details would take extra concentration. But, as far as seeing things out of place that share Morning Musume names, Kanon recalls seeing a train station called “Ikuta” once. Cool Story.

Message 2: This mail has a simple question: what part of a person do you notice first when you first meet someone?

Kanon thinks for a moment, and decides she notices the smell of a person first. If they have a nostalgic scent, Kanon really notices it, particularly if they smell like spring. Kanon will think things like “Ah they smell like my mom, they must be nice” or like “Ah that persons perfume smells nice; they seem nice,” and doesn’t  particularly notice any body part first. Although, during the Morning Musume auditions Kanon took particular note to Erina because she was wearing a flower patterned dress. Erina came off as bubbly and had a nice scent so Kanon thought “Ah she smells nice so she must be a nice girl,”. But now, Ikuta doesn’t smell as nice. Back then, Ikuta was going for a youthful appeal, so the flower patterned dress helped Kanon’s image of her. But for the most part, she doesn’t really notice anything about someone first; just their smell, if its nice. 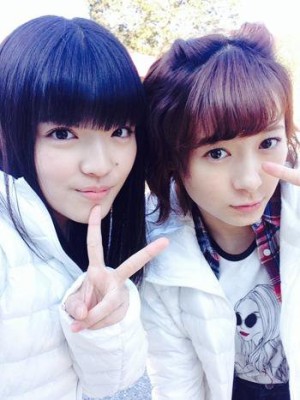 You heard it from Kanon first: Erina stinks.

Message 3:This writer was pleased when they heard Kanon recently went out for dinner with Niigaki Risa. Also, Kanon seems to have gone out to eat with Takahashi Ai and Mitsui Aika. So, the writer wonders which Morning Musume senior Kanon like to go out to eat with.

She doesn’t get in touch with her seniors too often, but there are always promises of going out to eat, Kanon reveals. If she does go out for a meal with Risa, she knows she’ll be getting into some deep conversations. Her father has even expressed interest in eating out with Risa. According to Kanon, it sounds like it something Risa is open to as well. So, Kanon concludes she’d like to invite Risa out again, maybe with her father too.

Ranking 1: Top 3 things that Kanon could see in her bento that would make her think “Yay!”

3. Upside Down Gratin. Kanon has never had this kind of gratin in a bento before, however. In elementary school she would sometimes have gratin, only the normal, boring way wrapped in aluminum foil. The upside down version seems like a fancier and more appetizing version to Kanon. This seems to be mostly because Kanon thought it looked awesome when her classmates would have it for lunch in elementary school. So, its something she would really like to try.

2. Meatballs. Particularly when the sauce they are dipped in is sweet. Meatballs are something Kanon will often make for herself when she has to make lunch but doesn’t want to. If thats the case, she won’t make a special sauce for it, making sweetly sauced bento meatballs a treat.

1. Grandma-made Onigiri. Kanon would receive her grandmother’s onigiri when she had sports day in elementary school. Her grandmother makes the onigiri specially for events. The onigiri themselves are pretty standard, but the memories that surround receiving them for special occasions is what makes the idea of having them in a bento so appetizing.

3. When trying to concentrate, if you call out her name she gets mad. Bii-chan has a cat tower that faces a window, which Bii-chan  constantly stares out of. But, if Kanon calls her name while she’s concentrating on looking outside, she will loudly growl at Kanon. But, its cute, so sometimes Kanon will make Bii-chan angry on purpose.

2. When Kanon goes somewhere in the house, Bii-chan will follow. Whether its to the bathroom or the living room, Bii-chan will want to follow Kanon. She is truly a constant attention seeker and will get sad the moment she’s alone. Even if it can be inconvenient, it is very cute.

1. No matter the time, will immediately fall asleep. Its very adorable, Kanon assures the listeners. Bii-chan constantly wants to snuggle up and sleep on Kanons bed and while Kanons alright with this, in reality, Bii-chan just wants to sleep on Kanon’s pillow. Kanon has had instances where she goes to take a bath and when she’s back Bii-chan is fast asleep on the pillow. Again, its very cute, despite being inconvenient. 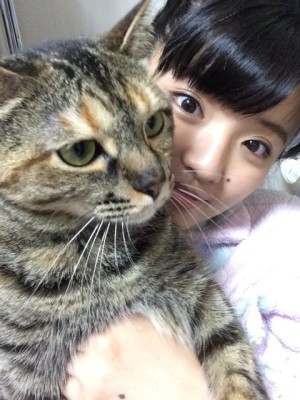 Bii-chan: too cute to stay angry with.

3. “Dara”. One of the more frequent things Kanon will say;  the Nagoya way of saying “dakara” or “therefore”. She’ll often use it to when she wants something like, “‘cause its delicious,”. Its something extremely common to say in Kanon’s hometown, so it comes naturally to her.

2. “Mattoru da nee”.  The main part of this sentence is the “ da nee” at the end, a common phrase in Nagoya dialect. Without the dialect it would be “Matteiru kara nee” or “I’ll wait for you” but sounds a lot more casual in Nagoya dialect. Kanon isn’t sure why its said like that, but it has a reminiscent feel for her.

1. “Itte korin”. Instead of standard Japanese’s “Itte oide” or kind of “Come here”. Again, its something that Kanon remembers fondly from elementary school and is the sort of thing she would hear every day.

The last song for the show today is a request from Kanon’s little sister. 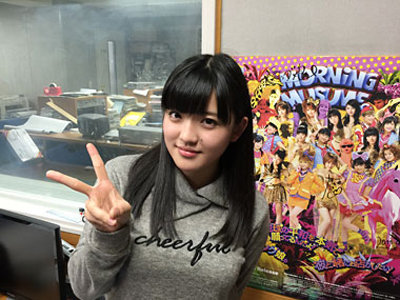